Summer is just underway, but at Mazda attention is already focused on next fall. The Los Angeles Auto Show could be the setting for the official reveal of the redesigned next-generation Mazda3.

According to stories circulating through the grapevine, the Japanese automaker is busy at work developing the fourth generation of its hatchback model; according to the Auto Express website, it might well incorporate major style and design elements first seen in the Kai concept introduced in Tokyo last year. In the company’s own words, that would be in keeping with its M.O.

"We have a recent history of not just producing concepts for concepts' sake." 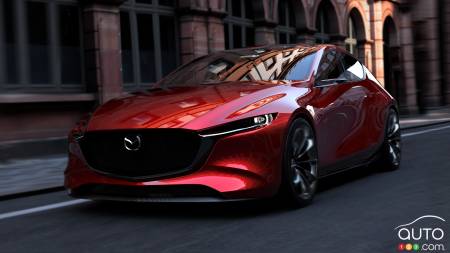 One of the most intriguing aspects of the new edition is that it will incorporate Mazda’s brand-new SKYACTIV architecture. To that will be added the latest powertrain technology developed by the manufacturer, SKYACTIV-X. The internal combustion engines produced from this new technology will be among the first to use both compression ignition and spark ignition.

When a company has a narrow product offering like Mazda, the arrival of a new model is vitally important and involves big stakes. In this case it is doubly important as this is a core model for the company.

Other details will be forthcoming in the coming weeks regarding the new Mazda3 and its possible November debut. 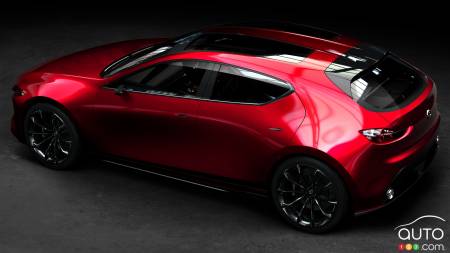 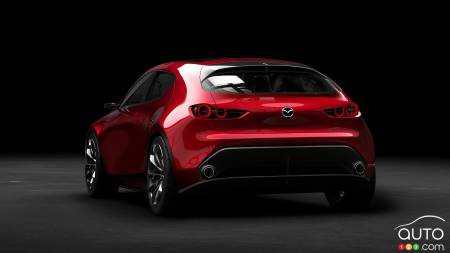 How to choose between the 2019 Mazda3 Sport and the 2019 Hyundai Elantra GT N-Line? We compare two solid little hatchbacks with at least some sportiness to t...