Audi's range of e-tron electric models is gradually taking shape. This week, the German automaker introduced another concept well on way to becoming a production model: the Q4 e-tron Sportback.

From the front, and in terms of everything underneath the tortoise-like shell, this new prototype is essentially the Q4 e-tron; this concept is in fact based explicitly on that model. The big difference is of course the roofline that plunges toward the rear - hence the name Sportback.

At the back end is a spoiler placed a little higher than seen before. According to Audi, its location was determined by the results of wind-tunnel tests. Not surprisingly, the Q4 e-tron Sportback concept slices through the air more efficiently than the Q4 e-tron; its coefficient of drag is 0.26. Other notable exterior features include huge 22-inch wheels, prominent rear diffuser, horizontally arranged taillights and sculpted passages above the fenders. Designer Amar Vaya has praised them as being less "rigid" than those of other Audi vehicles. According to Audi, the shape of the concept doesn't steal away too much interior space. 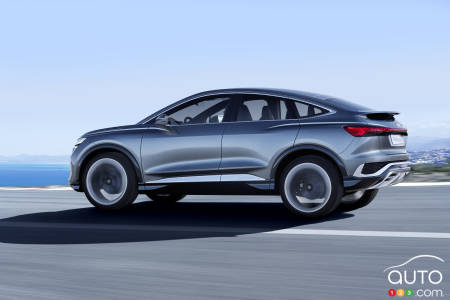 Technically, the Q4 e-tron Sportback is equipped with an augmented-reality head-up display, which is likely one of the first things folks will want to check out. It's said to be able to superimpose directional arrows and display them right in front of the driver’s eyes. Up front, the model benefits from customized daytime running lights (Audi is in talks with regulatory authorities to introduce this system in the U.S.).

The concept’s presentation revealed only the exterior styling and powertrain of the future model, which means we have nothing to tell you right now regarding the technological details of these headlights. Stay tuned. 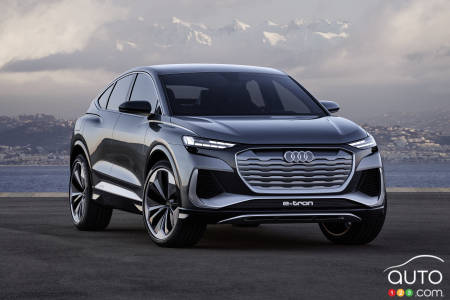 The battery of the Q4 e-tron Sportback has a capacity of 82 kWh, which is sufficient for a range of over 449 km on the European cycle. It supplies power to two electric motors, one on each axle, which of course ensures all-wheel drive. Power output is rated at 301 hp and 228 lb-ft of torque. The larger of the two engines is located in the rear, meaning the vehicle prioritizes a rear-wheel drive configuration. A rear-wheel drive-only version will also be available, but with a smaller battery.

Both versions will be able to speed from 0-100 km/h in just 6.3 seconds, and top speed will be limited to 180 km/h. We don't yet know which market will get which versions, but it wouldn't be a surprise if North America gets only the all-wheel-drive model.

If we go by Audi’s usual modus operandi, the production version will be very similar to what we see with this “late-stage” prototype. The model is expected to go into production in the spring of 2021 and to hit various markets starting in summer. 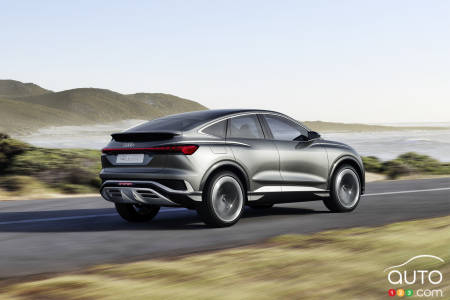 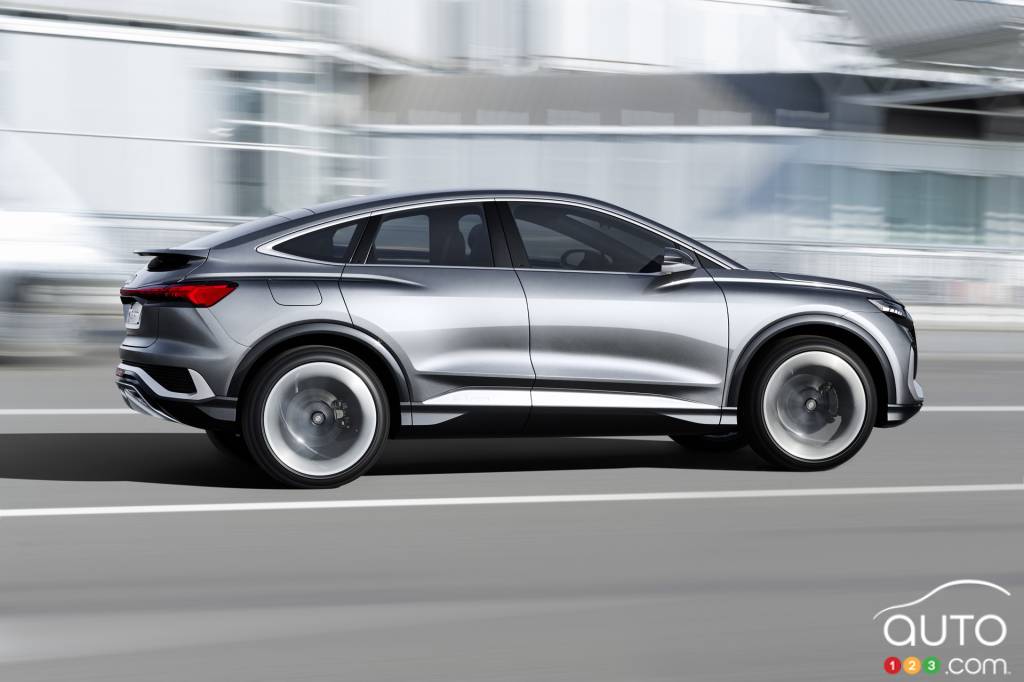 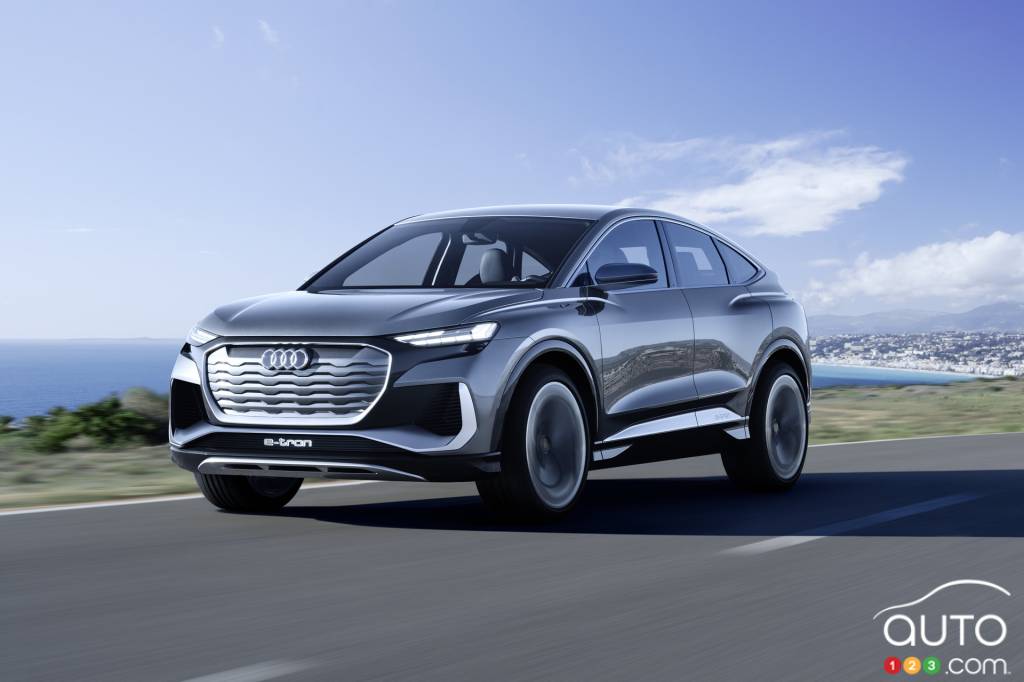 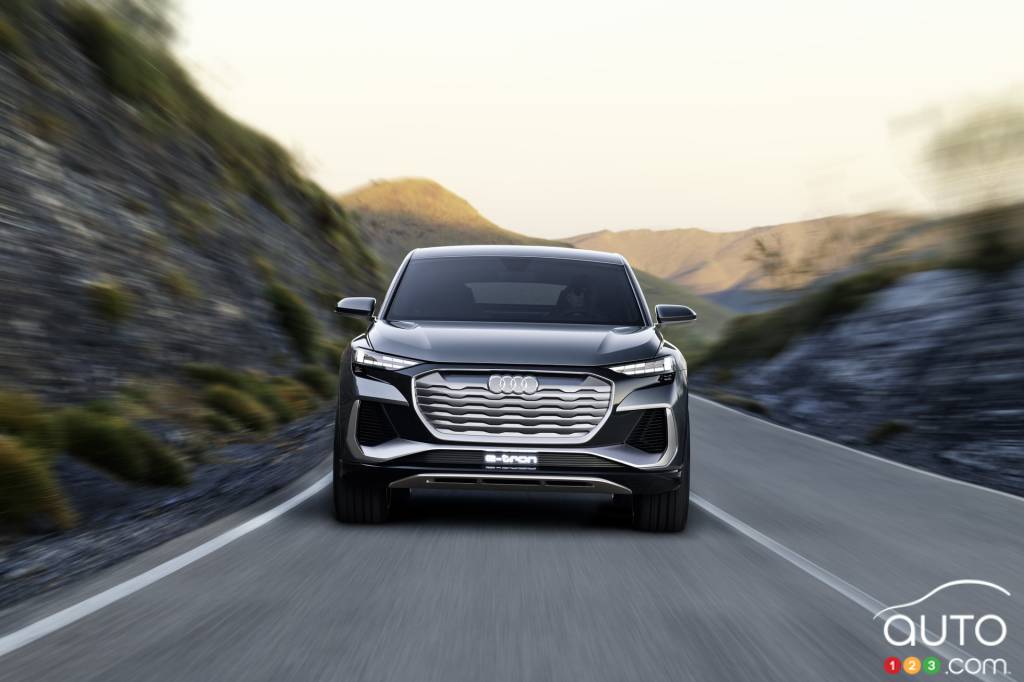 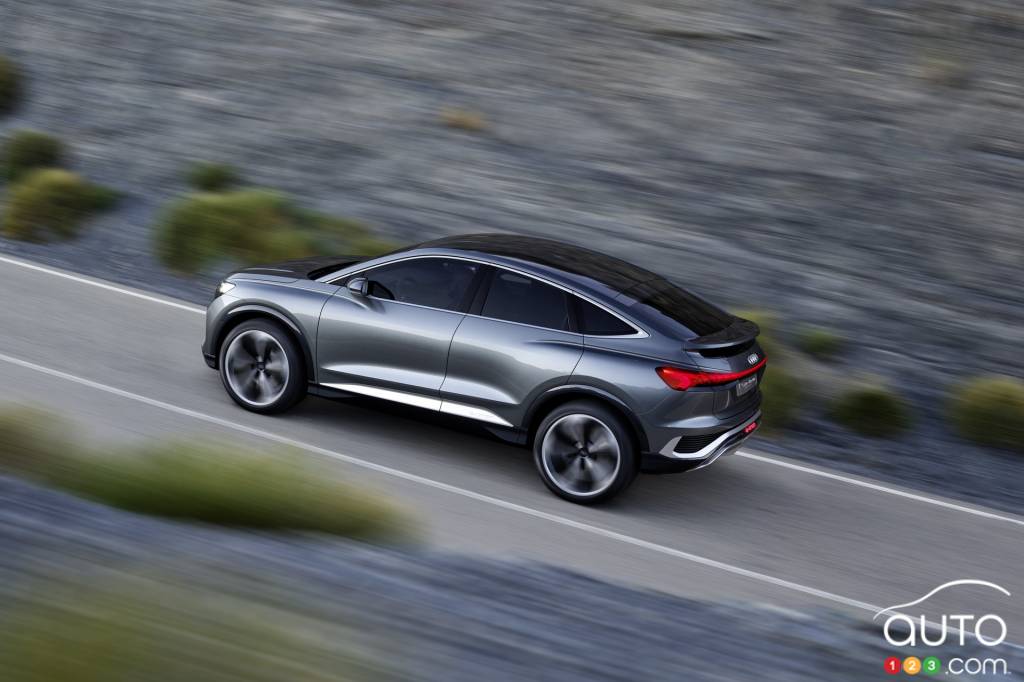 Three years after the presentation of the prototype, Audi finally unveils the production version of its new all-electric e-tron GT, which will be offered to ...