The annual Los Angeles Auto Show can be relied upon to supply vehicles you aren’t likely to see anywhere else. Case in point are the Bolling B1 and B2, two all-electric monsters with essentially 1920s-era designs. Aerodynamics? Who needs that?

A decade ago, concept vehicles like these gracing the stage at the LA show would have certainly been harboring big combustion engines under their hoods. But we’re in 2019, and electric powertrains are becoming so ubiquitous that we’re not even surprised anymore to see these big guys be powered entirely by electricity.

The Bollinger trucks are powered by 120 kWh battery packs, and the company estimates the trucks will get 200 miles (322 km) or range – though this is almost surely when driving in the city. Given the refrigerator-style shapes of the B1 and B2 and the big tires they roll on, that range will be significantly lower when driving at 110 km/h on the highway. 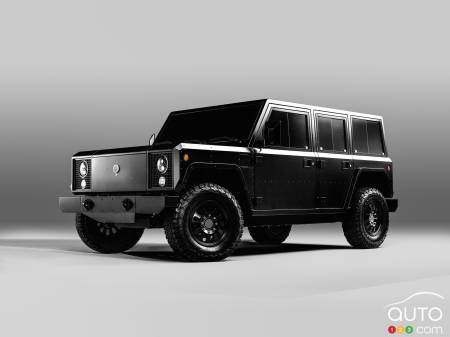 Except maybe in LA, of course, where the highways are often little more than glorified parking lots. We can easily conjure up the image of some Hollywood star sitting in that traffic in one of these military-grade boxes, just to make sure they’re being duly noticed.

With approach/departure angles of 52 and 43 degrees, respectively, the Bollingers are also made to conquer any off-road challenge.

As for the output delivered by the electric powertrain, Bollinger promised 614 hp and 668 lb-ft of torque. Load capacity is 5,000, sufficient to bring enough gear and supplies to outlast the apocalypse… as long as there are still charging stations in service. Towing capacity is listed at 7,500 lb. 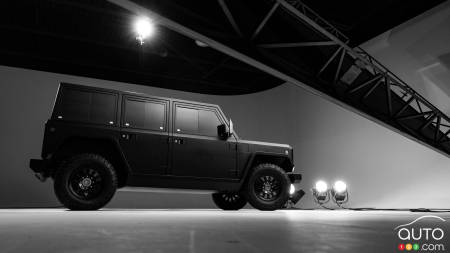 Fun fact: the vehicles have no airbags. The company says its safety standards meet government standards with just the safety belts.

Allow us to raise an eyebrow at that claim…

Differentiating the B1 from the B2 is done thusly: the B1 is the SUV, the B2 the pickup. Pricing is set at $125,000 USD and interested buyers can already place a (refundable) $1,000 deposit to reserve theirs. Production is expected to be limited to 1,000 units, but that is still to be confirmed.

Enjoy the photos here, because it will be a while before we see either of these Bollingers in the flesh. 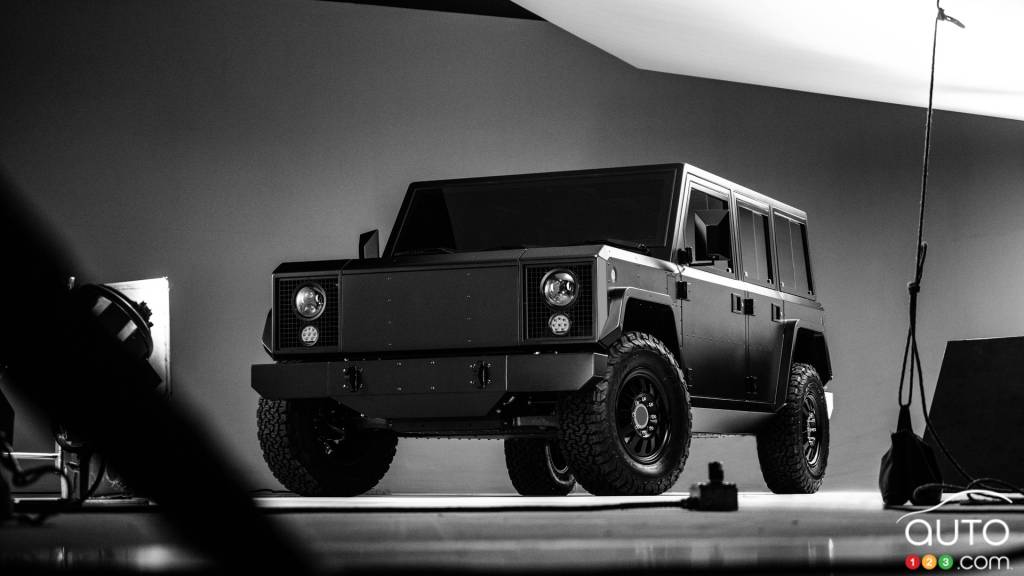 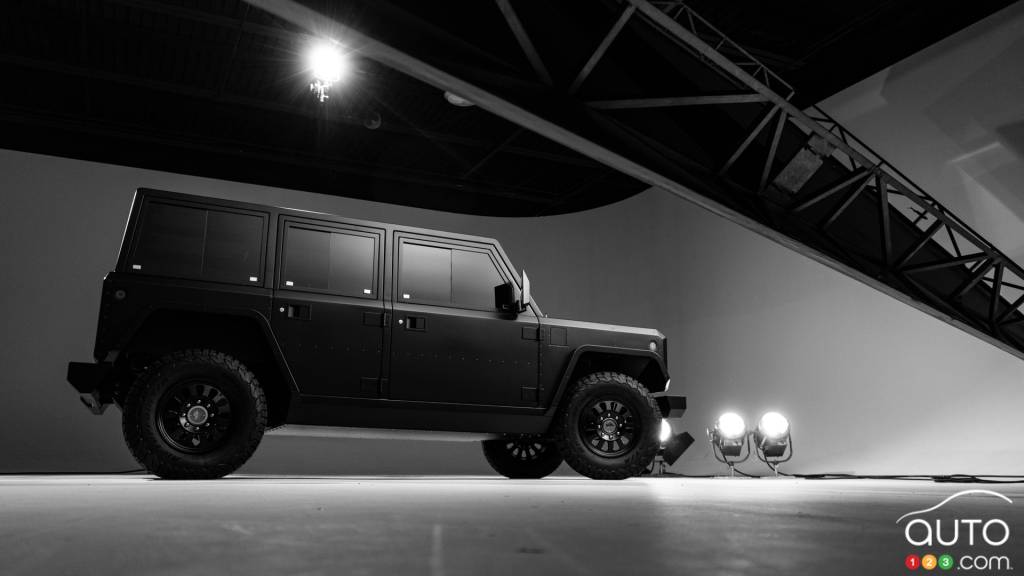 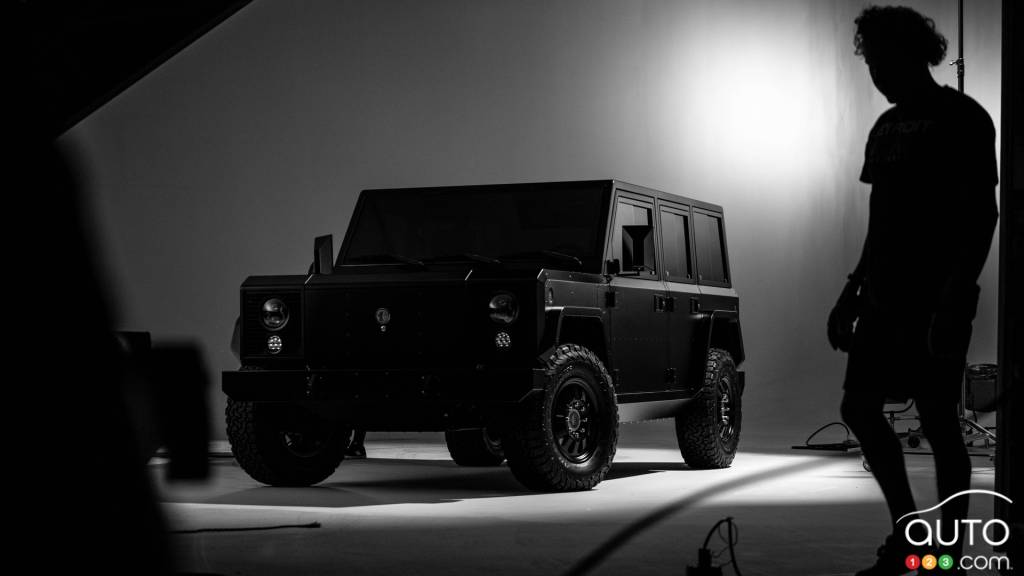 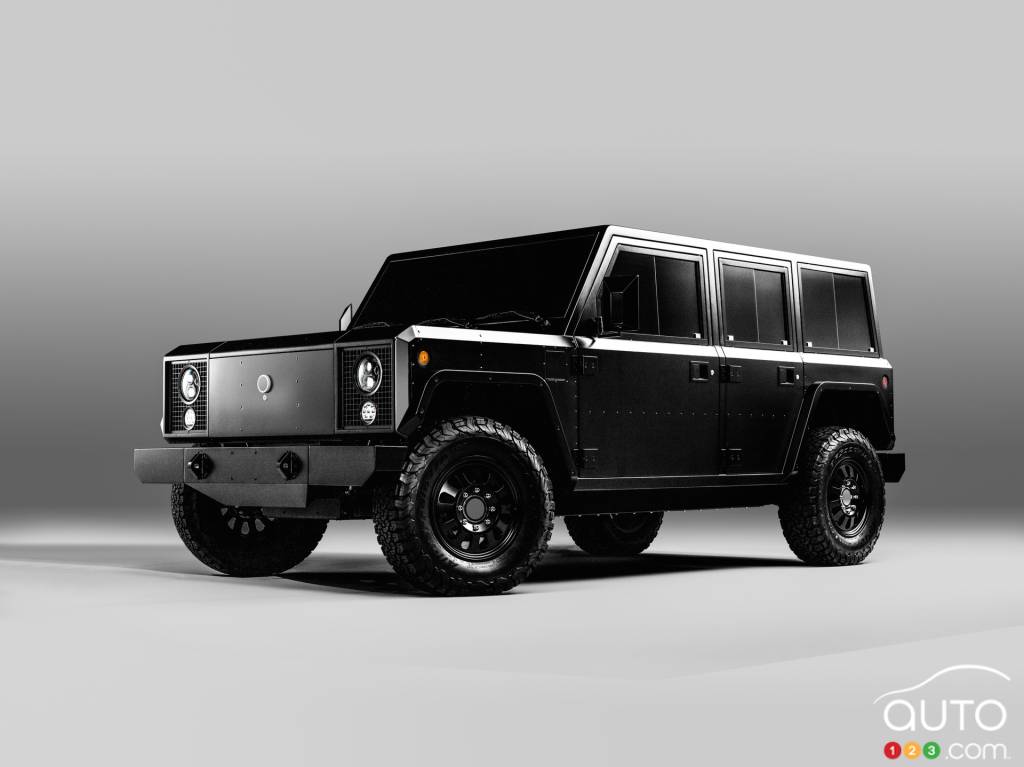 Photos:Bollinger
Bollinger B1 and B2 pictures
See the complete Gallery