The all-new Honda Civic Hatchback Prototype, based on the more aggressive-looking, tenth-generation Civic, made its global debut yesterday at the 2016 Geneva Auto Show. It promises to be the sportiest Civic yet.

Featuring a new grille, a more athletic stance courtesy of a longer wheelbase, plus larger wheels and tires, this Civic Hatchback “concept” is also said to offer a roomier interior.

“We knew that we needed to create a striking and stand-out exterior design that challenged conventional European compact styling while staying true to the original Civic’s core values,” said Daisuke Tsutamori, Project Leader for the styling of the Prototype. “The result is a marriage of distinctive and sporty design, rewarding driving dynamics, and versatile practicality.”

The Honda Civic Hatchback Prototype will make its North American debut on March 22nd, just ahead of the 2016 New York Auto Show, so we’ll likely get more details then. Keep in mind that Europe will receive 1.0L and 1.5L VTEC Turbo gasoline engines and a 1.6L i-DTEC diesel. 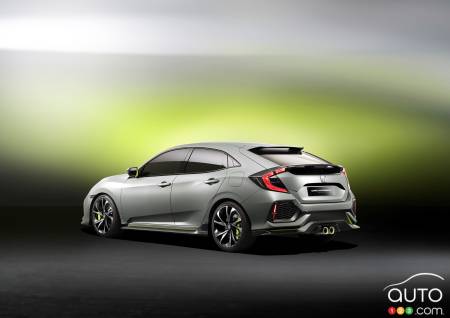 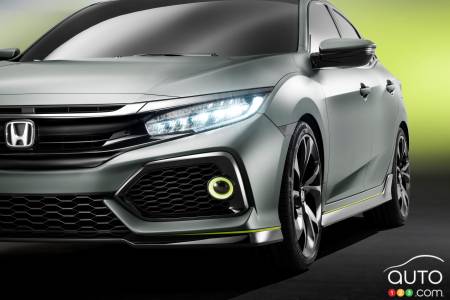 Honda Civic Hatchback concept to be unveiled in Geneva

The all-new Honda Civic Hatchback will debut in concept form at the 2016 Geneva Auto Show on March 1st. It will offer a sneak peek of the upcoming production...

Subaru today celebrated the global debut of the new XV Concept at the 2016 Geneva Auto Show. Think the next-generation Crosstrek will look this cool?

Toyota C-HR concept to appear in production form in Geneva

The production version of the Toyota C-HR crossover concept will be introduced next week at the Geneva Auto Show. The Mazda CX-3 and Honda HR-V better beware.