We've been waiting for it for a long time, suffered through a series of teasers, and finally today the payoff: a virtual presentation of the new Jeep Grand Wagoneer. The reborn Jeep Grand Wagoneer, the production version of which is scheduled to debut next year. The last time a Wagoneer model was available at dealerships was in 1991.

For the moment, what we met online today is a concept vehicle, but it's clearly closer to a production model than a mere design study. The SUV we get in dealerships the road next year will look a lot like the one unveiled today, though likely with a few differences.

In terms of its positioning in the lineup, the Wagoneer family (a Wagoneer model – without the Grand -  is also expected next year) will enter the luxury niche of the full-size SUV category. The Wagoneer, for example, will compete head-on with the GMC Yukon, while the Grand Wagoneer will target the Lincoln Navigator, Cadillac Escalade and Range Rover, most notably. 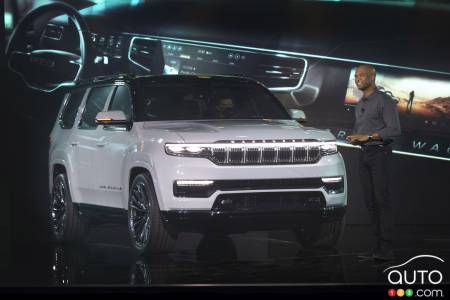 Photo: Jeep
The Jeep Grand Wagoneer concept, during its presentation

Reveal or no reveal, we still don’t know what will be under the hood of the Grand Wagoneer. It's easyto imagine one of the powerful FCA (Fiat Chrysler Automobiles) V8s serving this model, though. Other powertrains will certainly be offered and it will be interesting to see if the plug-in hybrid configuration of the concept presented today will be on the starting line for the production version next year. Jeep is said to be looking at that possibility.  To that end, the company has previously promised that over the next few years, each model will include at least one electrified variant.

We do know that the production version could be delivered with three different 4x4 modes; this is a  Jeep, after all.

Aesthetically, the signature elements of Jeep products are present at the front, starting with the grille with seven vertical slats. LED headlights provide a strip of light above it. Similarly, the Wagoneer letters are illuminated at the front. A nice touch that would nonetheless be surprising to find on next year's versions. The same goes for the wood sconces that can be seen inside the headlamps, as well as on the roof rails.

Also note the colour of the pillars, which remain white. Jeep wanted to offer something different in this area dominated by black elements. At the rear, the light signature is very successful with lights that come in blocks, topped by horizontal stripes. That shouldn't change too much in the final version. 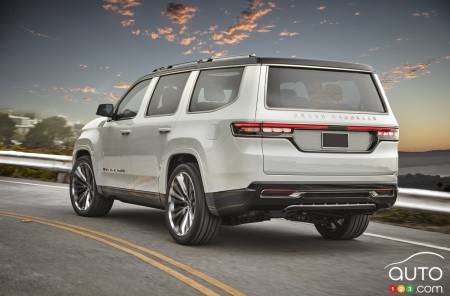 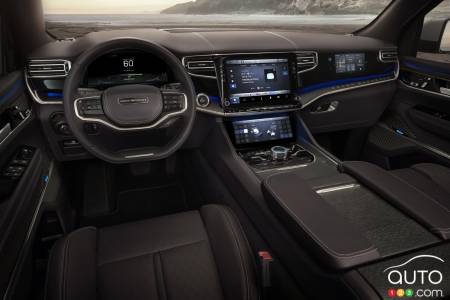 While the relatively safe outside appearance might leave some observers unexcited, that’s not the case when it comes to the interior. The cabin, which features several recycled materials, delivers a rather spectacular visual effect The dashboard in particular is dominated by three massive screens, one in front of the driver (12.3 inches), one in the centre console (12.1 inches) and one in front of the front passenger (over 10 inches). This is an industry first. If this setup makes it to the production stage (chances of that are arguably good), you can bet Jeep will be putting that element front and centre in its advertising campaigns. The latter screen will give the front passenger access to many of the vehicle's functionalities, and even allow them to watch movies (without the driver being able to see, of course).

In addition, there's another screen at the bottom of the centre console, and two more on the back of the front seats for the entertainment system. The concept's audio system features no fewer than 23 speakers.

We looked in vain for a kitchen sink, but we wouldn’t wager against one being there somewhere. 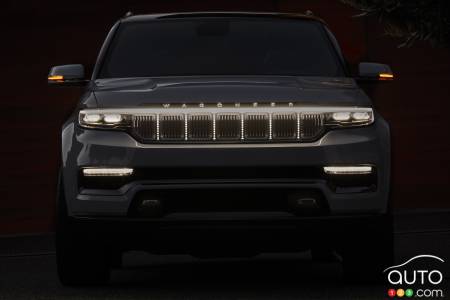 What about pricing, you ask? Of course, it’s early days so nothing has been announced yet, but south of the border, the word among industry watchers is to expect a price starting around $60,000 USD for the Wagoneer and around $100,000 for the Grand Wagoneer. 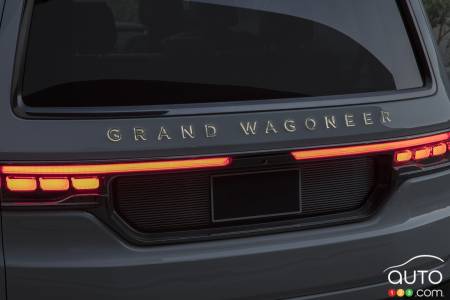 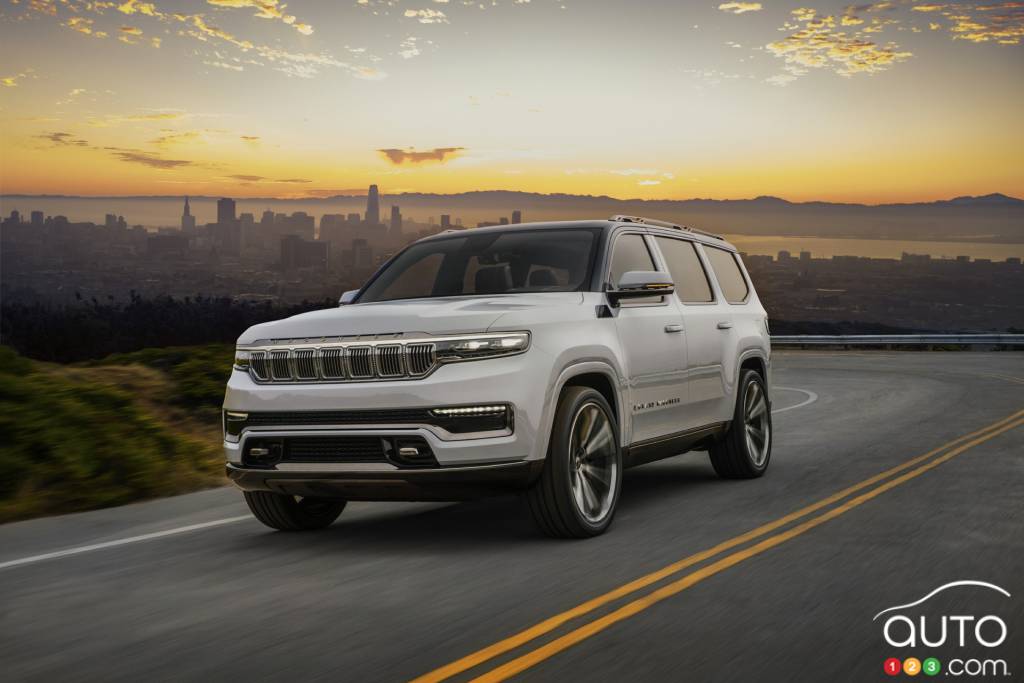 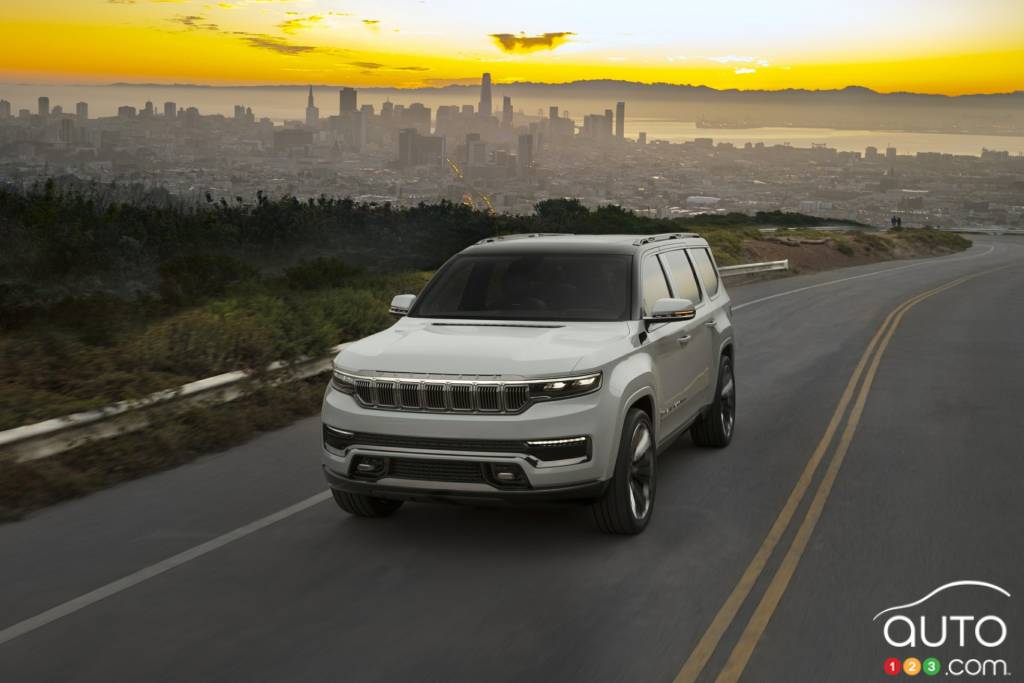 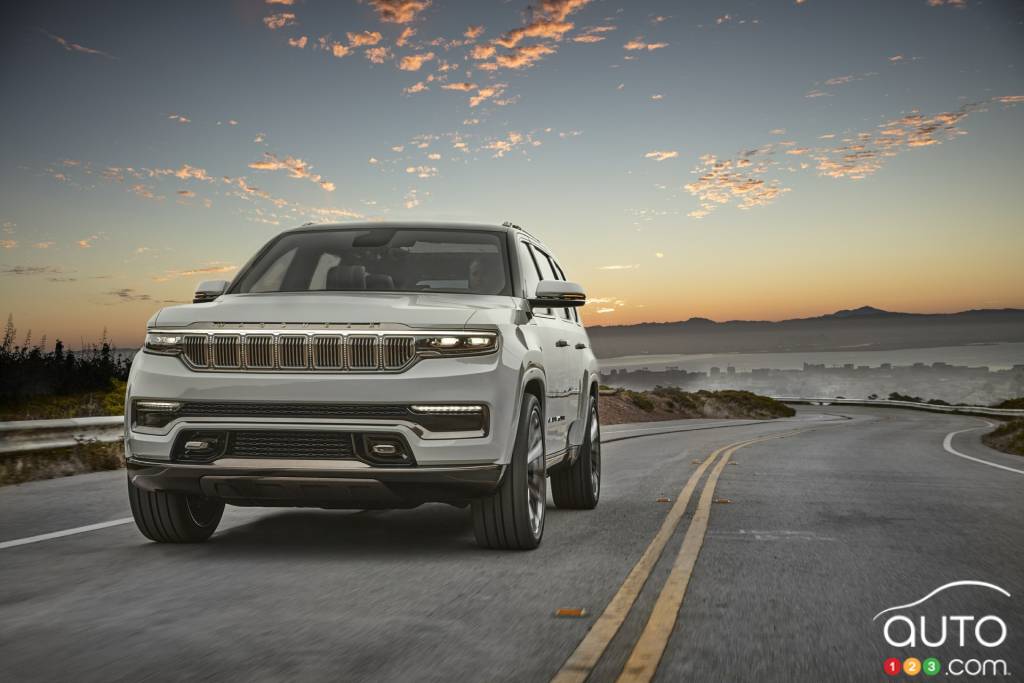 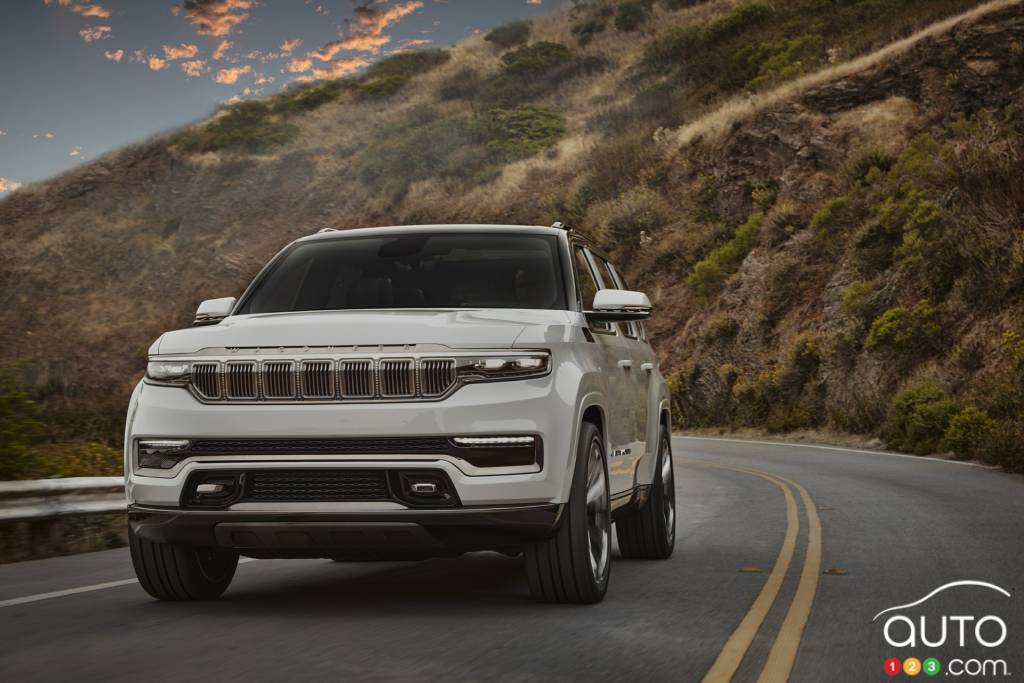 The 2022 Jeep Grand Wagoneer Makes its grand entrance with an eye to taking a chunk of the Escalades and Navigators of the world. Expect the big three-row SU...

The 2022 Jeep Wagoneer makes its entrance alongside its grander sibling, as Jeep places new cards on the table in its effort to infiltrate the upper echelons...