Saturn Vue
Replacing the existing plastic-bodied Vue, you might recognize this all-new, all-metal update as the Opel Antara that debuted at the Paris show in October. Saturn says no other vehicle in the segment will offer as wide a range of engine choices. Saturn's new compact SUV will arrive next fall in XE, XR and Red Line trim levels with a four-cylinder and two six-cylinder choices mated to six-speed automatic transmissions with all-wheel drive available with the sixes. A five-speed manual transmission will be available later on. Later in the 2008 model year, Saturn also confirmed that it would continue to offer the Green Line hybrid version of the Vue using the existing model's 164 horsepower 2.4-litre four-cylinder light-hybrid system.
Saturn Aura Green Line
Continuing Saturn's product push, the recently introduced Aura, will now add a hybrid version to its existing four- and six-cylinder engine options. Basically a transplant of the light-hybrid system found in the existing Vue Green Line, (see above) Saturn boasts a 25% decrease in fuel consumption over the four-banger gas Aura. According to Saturn, the Aura Green Line is the first of four hybrids GM will introduce in the 2007 calendar year, more than any other manufacturer. 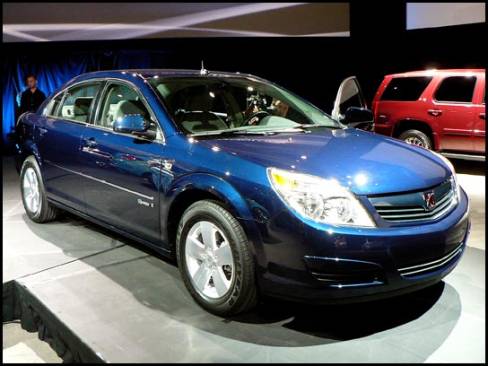 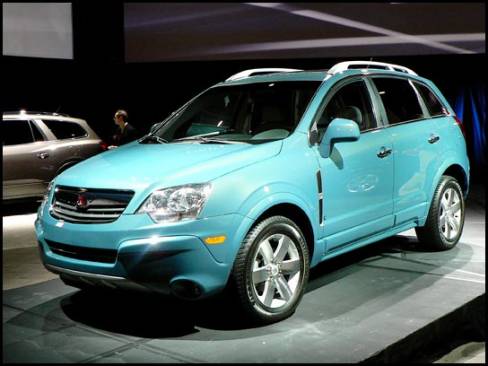