Yesterday we went to say hello to the very first all-electric Mini car, presented in Quebec at the Mini Laval dealership. The event came two months ahead of the Mini Cooper SE 3 door's official public debut in Canada at the Montreal Auto Show in January 2020.

The new fully electric Mini is equipped with a 181-hp engine delivering 200 lb-ft of torque to the car’s front wheels. Range is given as 200 km, which isn’t phenomenal, but the good news ie that the battery pack is placed within the chassis. Which means this Mini will conserve all of the storage space that it previously offered.

Of note is that the Mini Cooper SE will sit 18 mm higher off the ground than other Minis due to that battery pack. Fans of the brand will be happy to know that the brand is promising that all of the model’s driving pleasure will be preserved in this electric iteration. 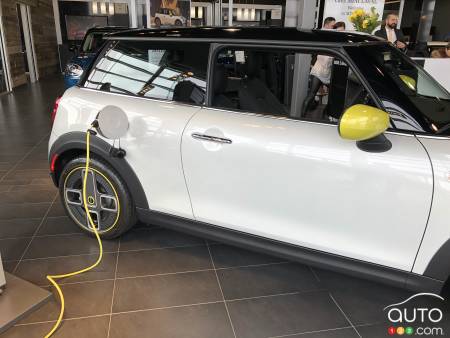 The Mini Cooper SE 3 door will be equipped with more standard equipment than any other Mini currently in the lineup, including LED headlights, Union Jack-design rear lights, navigation and the ConnectedDrive suite of systems that supports the electric powertrain.

The Mini Cooper SE will be available as of March 7 of next year, at a starting price of $39,990, before taking account government EV incentives. Only 100 “Premiere Edition” units of the new model will be available during pre-ordering. Those interested in reserving theirs can contact their local Mini dealership. 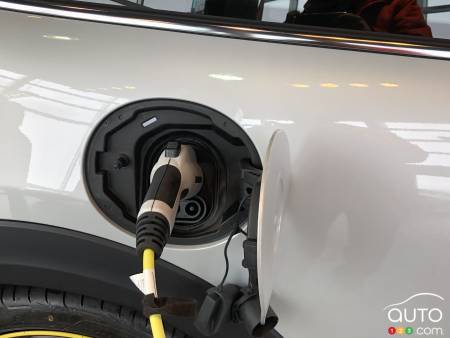 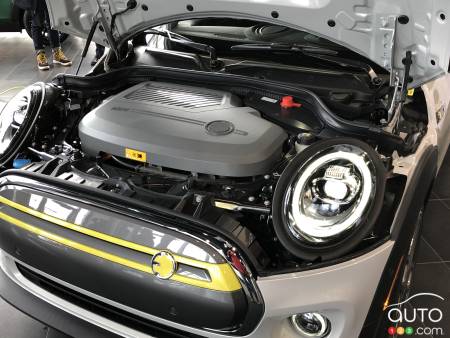