More than one observer noticed that the new edition of the Ram 1500 truck borrowed some design elements from the much-lauded Rebel TRX off-road concept introduced back in 2016. Now, we learn, according to some internal sources at Ram via 5thGenRams magazine, that Rebel TR and Rebel TRX versions are in the works with a 2021 target date. The two models will both offer more power than any Ram truck made to date.

According to 5thGenRams, the Rebel TR will be fitted with a 7.0L V8, codenamed Banshee in honour of the McDonnell F2H Banshee warplane. The engine would deliver 520 hp and 525 lb-ft. This is slightly less muscle than carried by the TRX concept, which benefited from a more-civilized 6.2L V8 version of the Hellcat engine (575 hp). 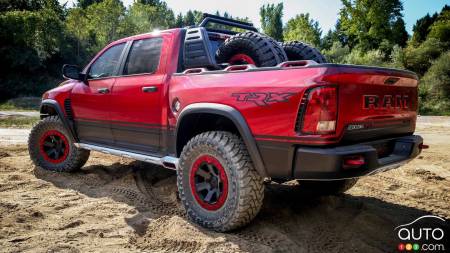 The Rebel TRX variant, meanwhile, would have 707 horses at its disposal as it would incorporate the same 707-hp engine found in the Challenger, Charger and Grand Cherokee Trackhawk. Engineers have made the necessary adjustments to the chassis to be able to manage this explosion of extra power.

At this early stage, details concerning the two versions in development are obviously sketchy and highly embryonic. The TR could well be configured for off-roading, while the TRX would be more track-focused. It’s clear that the FCA group is taking full advantage of its 707-hp engine; placing it under the hood of a future Ram truck would be big news indeed. 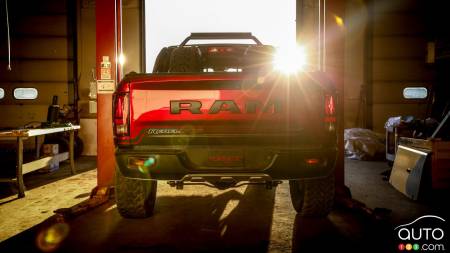 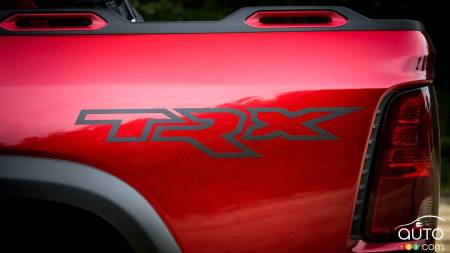 All in on its latest attempt to close the gap that separates it from the Ford F-150 – and to keep up of course with the Chevrolet Silverado, also upgraded fo...

The Rebel TRX concept can devour the roughest terrain at more than 100 miles per hour and never look back, the company says. The video is a must-see!

Articles By
Daniel Rufiange
FCA Once Again Trademarks Cuda Name
Article
The Torsus Praetorian: A Bus for the Apocalypse
Article
2020 BMW X5 M Review: As Impressive as It Is ...
Review
More from this author