When you're driving south of the border this summer make sure and pay special attention to unannounced lane changes by surrounding drivers. The result of a recent survey conducted by Response Insurance of 1,000 drivers, nationwide, shows that most drivers don't use their turn signals.

The biggest group of offenders was men, with 62 percent who choose not to signal, with the amount of women failing to use their signals still a failing grade at 53 percent. Also somewhat expected, less experienced youth drivers, from age 18 through 24, with 71 percent not signaling. The lawbreakers weren't caught in the act, but rather admitted to their guilt while being surveyed.

And what reasons do these moving violators have for failing to signal? Disturbingly, 42 percent contest that they simply don't have time, while 23 percent open up to the realization that they're merely lazy. An additional 11 percent don't consider signaling necessary, and 8 percent follow the crowd, choosing not to signal because others don't. Lastly, 17 percent of respondents leave their signal on and therefore don't notify surrounding drivers of their intentions.

Perhaps a major reason for not signaling is that most Americans are too busy singing along with the radio, information now made known thanks to another 1,000 person survey facilitated by Directive Analytics and commissioned by Auto Expressions, an automotive accessories manufacturer. Yes, 9 out of 10 Americans sing in their cars, but the fact that more women sing in their cars than men may mean that singing while driving is not a major distraction, and the survey was held in California, not Connecticut.

Of course, not using your turn signal is no laughing matter, but just the same it's not fair to point a finger singly at Meriden, Connecticut; the problem is widespread across the United States and Canada. Therefore, to promote safer driving and encourage greater turn signal use, Ford Motor Company is in the process of developing nicer sounding turn signal sounds specifically designed to appeal to drivers of a certain type of vehicle.

"It offers a great opportunity to customize and differentiate vehicle character," commented Alex Petniunas, a Sound Quality and NVH technical specialist at Ford's Dearborn-based Advanced Engineering Center. "We study both door chimes and turn signal sounds, investigating cadence, attack and decay rates, loudness, frequency content, polyphony (multiple notes played at once), musical sequences and even unusual sounds. We've done listening studies and evolved the hardware that generates the sounds so we can deliver the desired sounds to the customer."

Incidentally, the largest group of turn signal offenders will be too young to remember that early turn signals, or blinkers as they were once called, only made the sound of the electric relay that caused them to blink.

Ford, and other automakers, may even offer turn signal sounds that can be customized by the driver.

"In time, we hope to give the owner a choice of tones so they can select the sound that suits their taste", added Petniunas.

Can you hear it now? Beethoven's 5th chiming in every time one of your car pool colleagues chooses to change lanes? While it's unknown if Ford will allow the individual personalization of today's cell phones, the accompaniment might at least help 9 out of 10 turn signal adherents to sing on key. The other 43 percent won't know what they're missing. 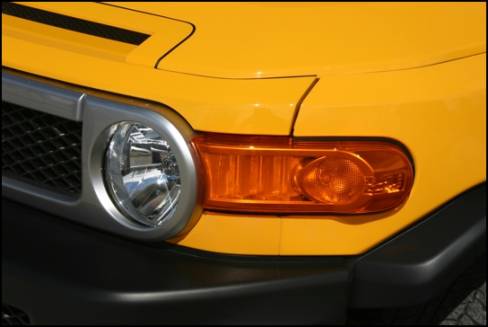 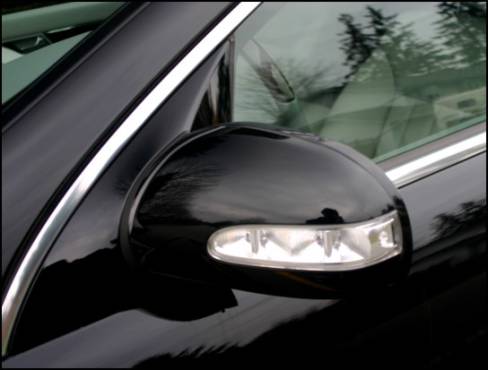