Acadia, which launched in 2007 as GMC’s first crossover and defined a segment that has since surged in popularity, had the best sales in its five-year history in 2011. The Denali model, added in mid-2010, broadened Acadia’s appeal to luxury customers with its combination of functionality and style.

Acadia retains the interior functionality popular with families, including the SmartSlide seating system, which allows easy access to the third row for both seven- and eight-passenger seating configurations. Likewise, both the second and third row still fold flat for class-leading maximum cargo space, including the ability to carry 48-inch-wide sheet goods, such as drywall and plywood.

Confident design
First impressions are everything, and the 2013 Acadia was developed to make a strong one. A chiseled, three-bar grille sits prominently in the new, more upright design.

Diffused LED running lamps lend a premium look to the Acadia and are standard on all models, regardless of whether standard projector beam or optional HID headlamps are selected. New taillamp detailing reflects the advancements up front.

The new Acadia gets other subtle exterior design updates, including wrap-around rear glass and a new rear spoiler. New 18-, 19- and 20-inch wheel patterns complement the vehicle’s lines and stance.

The Acadia’s refined interior uses upgraded soft-touch materials, with French stitching that adds a tailored look and red ambient light flowing across the dashboard. SLT and Denali models get aluminum accents on the center console, doors and dash. 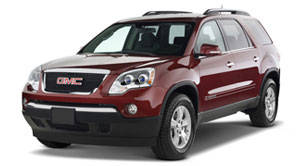 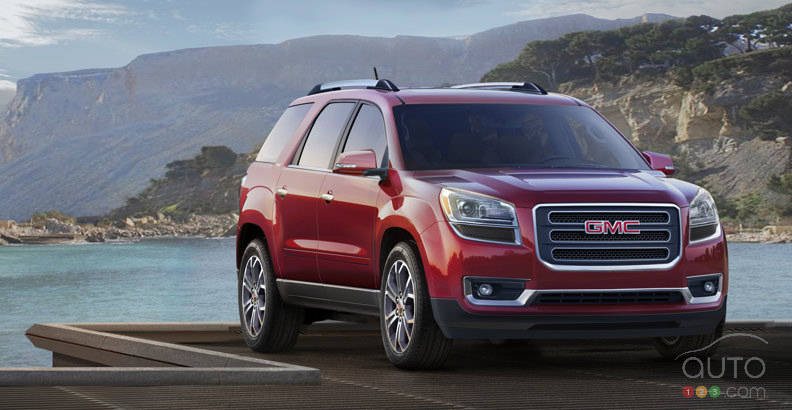 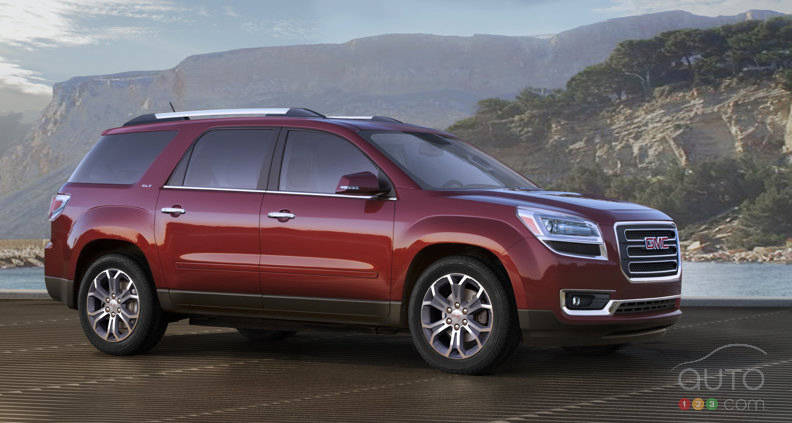 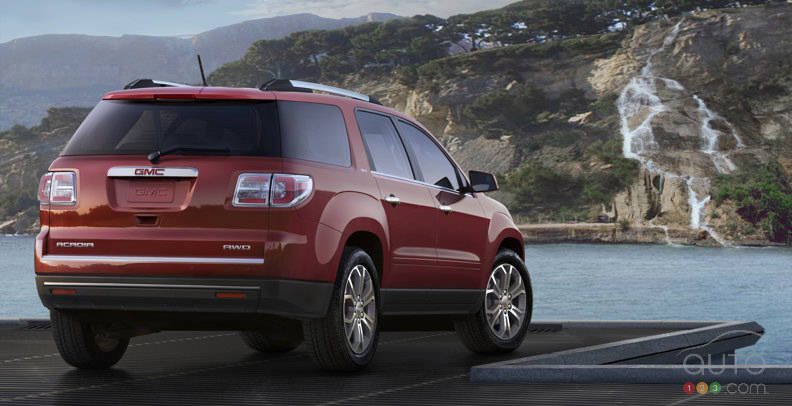 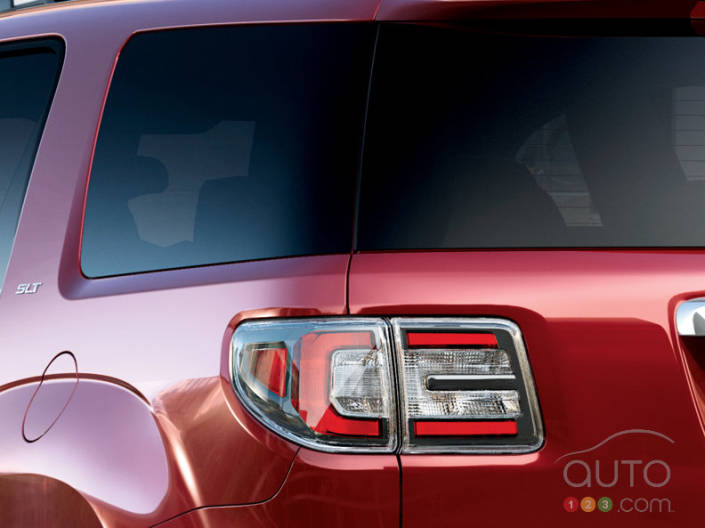 Hyundai today introduced a new coupe variant to its popular Elantra line-up at the 2012 Chicago Auto Show. The two-door coupe version of the Elantra sedan, a...

Hyundai today introduced the all-new 2013 Elantra GT in a North American debut at the Chicago Auto Show. Slated to arrive in dealerships this summer, Elantra...

The official launch of SVT came during the 1992 Chicago Auto Show with the unveiling of the 1993 SVT Mustang Cobra and SVT F-150 Lightning. Now Ford returns ...