For all the hype surrounding electric vehicles and their jazzy tech and innovations, it's important to keep in mind that it will take several years for them to have a real impact on pollution levels in general. Yes, every mile driven in an EV is one less mile driven in a gasoline- or diesel-powered vehicle, but it is only when a majority of the vehicles in service use renewable energy that CO2 emissions in the atmosphere can be expected to drop significantly.

In the meantime, the automotive industry is offering alternatives to gas-guzzling cars, SUVs and trucks, or vehicles that actually deliver less pollution into the air. As you would expect, this list is the domain of plug-in hybrids, since generally they can be driven in electric mode for given distances or in specific circumstances, which reduces their ecological footprint.

We've put together a ranking of the top 10 new vehicle models (that aren’t all-electric) that deliver the lowest amount of carbon dioxide emissions in the atmosphere, going from worst to first, based on statistics provided by the Canadian Energuide. Here we go. 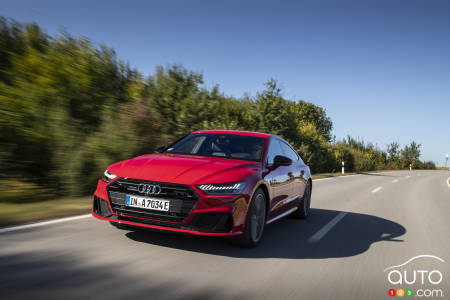 We start with a luxury sedan-coupe out of Germany. Very few people know that the four-ring automaker rings markets plug-in hybrids of some of its vehicles in Canada. The Audi A7 is the best eco-friendly performer in the rand'S lineup, if you don't count the all-electric e-tron models. 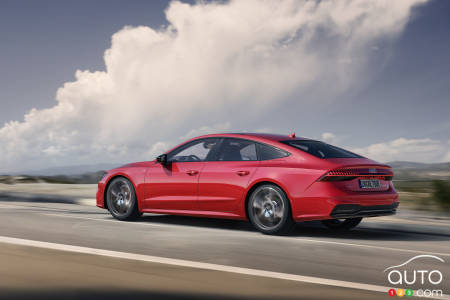