The Buick Encore received a minor facelift for 2017, but the core elements still remain: compact MPV proportions, short wheelbase and high seating position. It may not sound like much, but those elements are a boon for urban driving in North America; we are, finally, getting the vehicles that have been so popular in Europe for years. Indeed, the Encore shares its platform with both the Chevrolet Trax and Europe-only Opel Mokka.

Re-touched
The most obvious addition for the Encore’s encore is a completely new front fascia. Gone are the standard halogen headlights with their (pretty cool, in my humble opinion) blue-tinted bulbs. That was a styling signature of old Buicks, of course; and this is the new Buick, which means no more blue tint.

Instead, we get a somewhat less ambitious-looking – but much more functional – LED treatment on higher trims. Unfortunately, our mid-level Sport Touring trim doesn’t have that luxury so we were stuck with the less cool-looking headlights without the benefit of LEDs. We did, however, get LED daytime running lights, which are nice and hockey stick-shaped. The grille is also new and slightly classier-looking than previously, as it receives a nice chrome-on-black treatment as opposed to the more in-yer-face chrome work from past years.

Less clutter, more functionality inside
The changes inside are actually a little more marked, if for no other reason than that the centre stack has been redesigned with an eye to making it easier to use. The last edition’s centre stack featured no fewer than 36 buttons, and that count has been reduced to 20, depending on which trim you’ve chosen. The touchscreen has also grown to 8.0 inches and is now integrated into the centre console as opposed to being perched atop it like some digital crown. It looked like an afterthought then, but is a more integral part of the interior landscape now. To add even more slickness to the package, the screen is frameless, so it looks like an HDTV with a low-profile frame, just on a much smaller scale.

The Buick Intellilink infotainment interface, meanwhile, is a responsive one with slick graphics and smart colour choices making it look a lot more upscale than Chevrolet’s MyLink interface. Of course, if you don’t like it, you can plug in your mobile device, as there’s now support for Apple CarPlay and Android Auto.

Otherwise, it’s familiar in here, which is mostly a good thing. The seating position is nice and tall, providing a good view out for shorter drivers. The rear seats don’t have a huge amount of legroom, but the roof is tall so headroom isn’t an issue and it also helps make installing a child’s car seat that much easier.

One thing I really hope they change when the Encore gets a complete redesign, however, is the rear seat folding mechanism. The bottom seat folds into the footwell and the seatback’s supposed to then be able to flip down, which is fine. Only problem is, the bottom seat cushion is so thick and it’s so tight back there that you have to move the front seats really far forward to get a proper loading surface, lest you end up with a quasi-folded seatback that’s pretty much useless.

With Buick being a kind of quasi-luxury brand, I think I would have liked to see a few more flourishes added inside in terms of materials used and so forth; there’s a little more plastic than I’d like and for some reason, the fabric/leatherette seats just don’t fit in, even though this is a car aimed at a slightly more youth-oriented crowd. I’d almost prefer it if they’d have just gone with an all-fabric seat, so the contrast between materials wouldn’t be so easily detected. 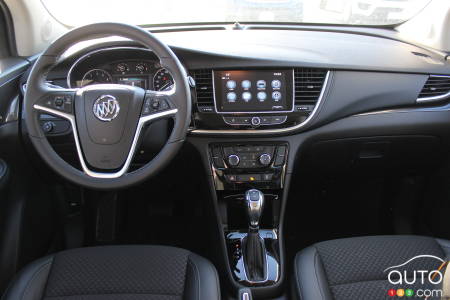 Look to the turbo
No change here for 2017, but that’s OK as the Ecotec turbo-four you do get is fine for this application. It makes 138 hp and 148 lb-ft of torque, which is more than enough for navigating the ‘round-town environment that vehicles of this type are meant to excel in. There’s also a more-powerful engine available at higher trims, good for 158 hp and 177 lb-ft. And while that’s nice in itself, the fact it comes with auto start/stop is arguably a bigger plus for the urban dweller. It’s a shame, then, that this feature is unavailable on the lower-spec engine.

Overall, though, I’d say the Encore works as advertised. The short wheelbase makes squeezing into tight spots that much easier, helped along by the good view out over the short nose. I can count a handful of times during my week with the car that I thought to myself, “See? There’s something that would have been so much tougher to do even in a compact sedan”. It actually reduces stress during rush hour traffic, for example. The steering, meanwhile, responds well, adding to the “zippiness factor”. Just the peace of mind that comes with knowing that you can make that tight squeeze between stopped traffic and a parked car in order to make that right turn on red is actually quite refreshing to have. Drive one of these for any amount of time, and you’ll see why the body style is just so popular in the tight, winding roads of the European urban jungle.

Don’t think you’ll be winning too many stoplight grand prix, however. Though the more powerful engine’s there for you, if speedy acceleration what you’re looking for. Indeed, the Encore is more about threading your way through traffic and it’s actually quite adept at that task.

Ours was the front-wheel drive version – you can get AWD on all Encore trims, as an option – so it’s even more urban-centric, since the FWD versions get better fuel economy ratings. We managed 10.2L/100 km during our test, which was carried out pretty much exclusively in the city. That’s not too bad, and when you consider that even though the engine is turbocharged you can use regular fuel, it does just fine on the fuel-economy front.

The only transmission on offer is a six-speed auto and while I’m not one to completely jump on the “we need more GEARS!!!” bandwagon, I do think this particular example needs an update in some way, shape or form. The gear change is just sluggish enough to let the revs hang uncomfortably, and if you want to mitigate this by shifting on your own (honestly, though, who does THAT while in traffic?) you’re left with an un-ergonomic button atop the gear-lever instead of using paddle shifters or tapping the gear-lever up and down. Safe to say I used the feature a grand total of once, and that was merely for the purposes of this test.

Would I have liked a little more back-seat room and easier folding seats? Sure. Would I have liked more power? I guess, but it’s not that important, really, at this level. How about a few more design flourishes? Again, maybe; but it looks handsome enough and continues to cut a profile that is a nice departure from the three-box sedans the company has always been known for. The bottom line is it endears Buick to a younger buying crowd and for that, the Encore deserves to be applauded. 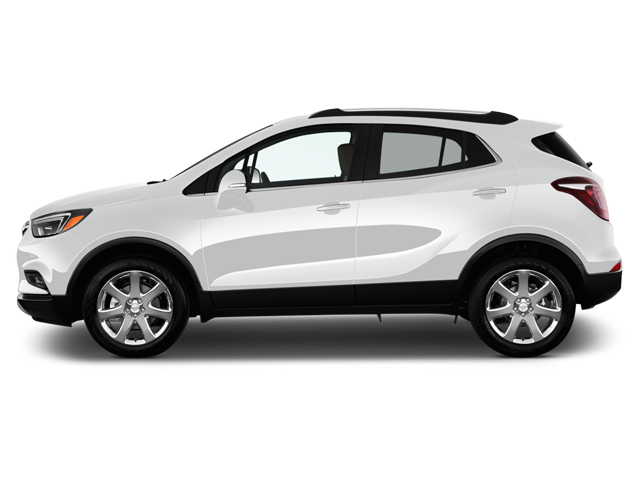 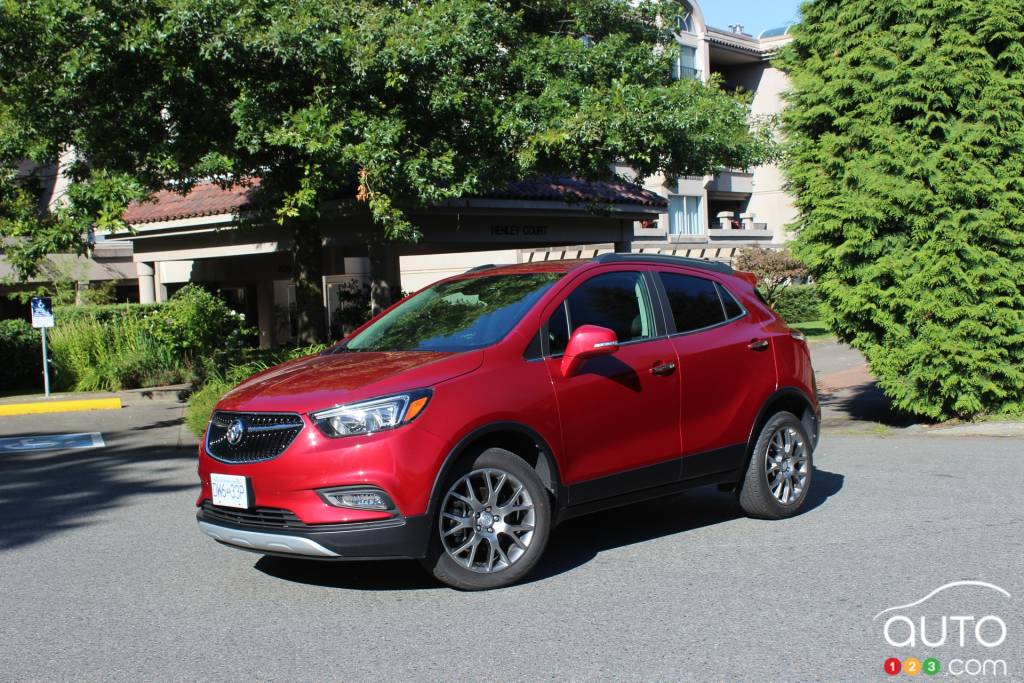 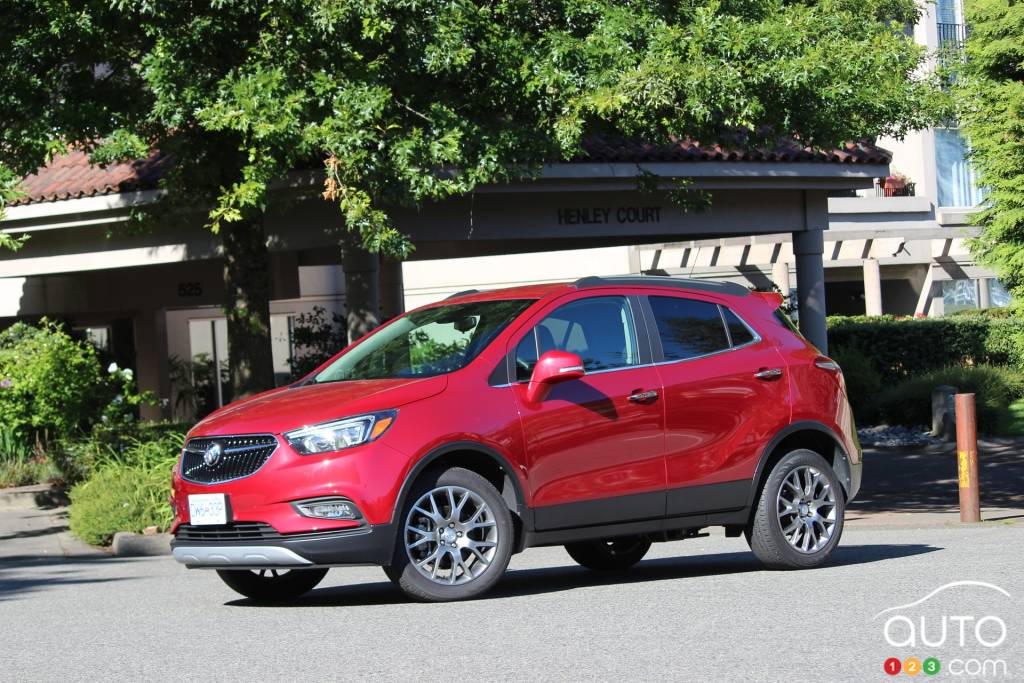 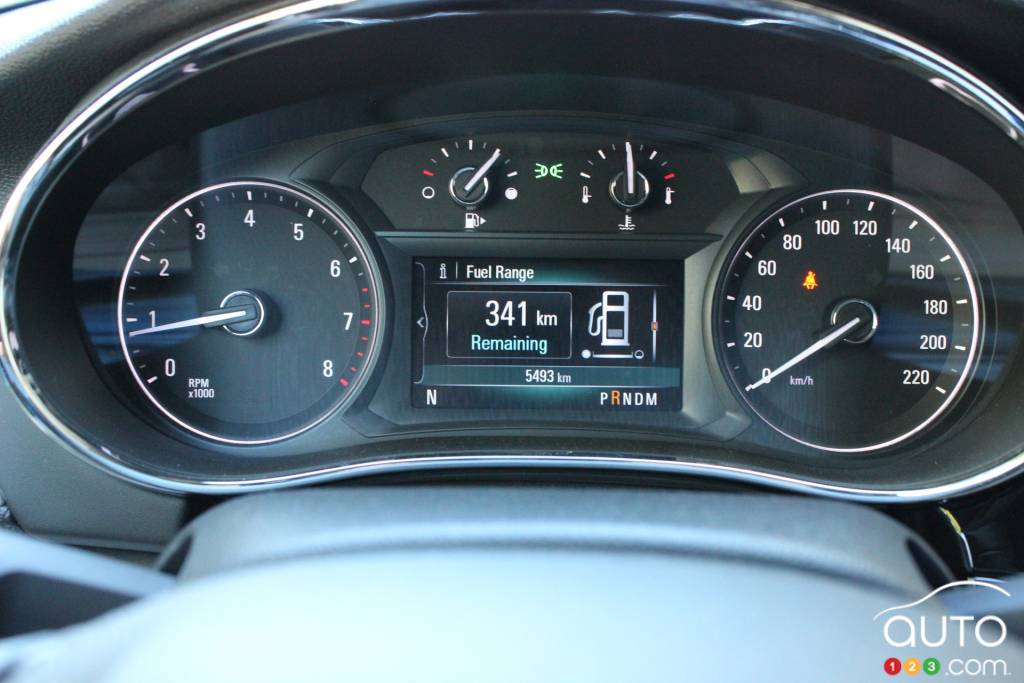 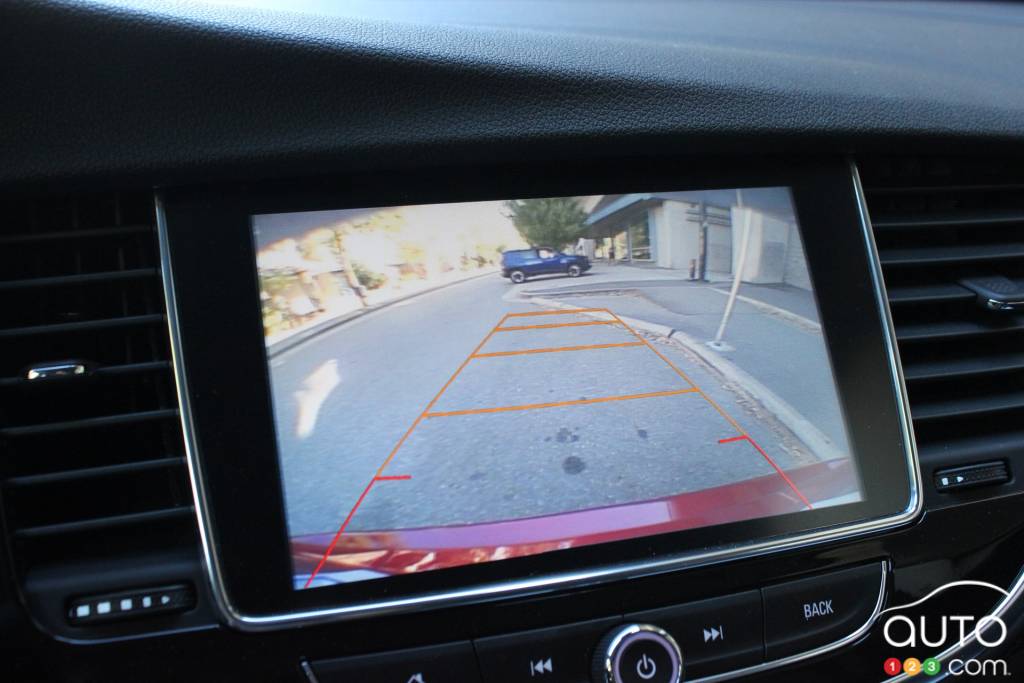 We tested out the 2018 Buick Encore to see if it can provide the kind of premium experience the automaker’s larger models deliver. The small crossover is no ...

How to choose between the 2019 Buick Encore and the 2019 Lexus UX? Auto123 compares two mini-SUVs with airs of grandeur.