Right off the bat, I will say that I am a bit of an aficionado when it comes to the BMW M5. I’m a bit of an aficionado of BMW M cars in general, but the M5 has always had a special place in my heart because it was the first for-the-masses M-car after the M1 – heck, they even shared engines because when the series in which the M1 competed died, they basically had to find something to do with the leftover powerplants. It was the first -- the OG -- and although the M3 is probably the M car most think of when they think of what an M car should be, it never would have existed had its bigger sibling not been so successful.

“Ohhhhh,” I hear you saying. “So here comes a review from a biased M5 lover. Why should I bother?”

Well, hold on there for a sec, dear reader.

Lately – actually, not that lately – I’ve soured on the M5. I loved the 1998-2003 E39 model; naturally-aspirated V8 power, manual transmission, rear-wheel drive, barely any styling change from standard 5 Series models – all the good stuff that had made the M5 so great over the years. Then 2005’s E60 model came along, and while it was still a naturally-aspirated Vee, hardly any came with a manual transmission and its styling was…questionable. It was replaced by the F10 model in 2011 and at that point, the car became totally foreign to me. Along with the almost complete disappearance of the manual transmission came the disappearance of natural-aspiration, replaced by a twin-turbo V8. At least it still had RWD.

Which brings us to this: the F90 version, which can’t be ordered with a manual no matter how patient you are, is still powered by a turbo V8 and is technically no longer RWD, but AWD. This was it for me. No longer could I stare at the new car and let my mind wander to the angular, boxy shape of M5s of old – it was too far removed for that, but such is the cost of progress.

Then, I found out that you could lock in RWD mode, and my interest was piqued…

Keeping it clean
I do have to say that the exterior styling does a pretty good job of maintaining the Q-car appeal the M5 has always had; the black and silver wheels (one of two choices) are a good hint that this isn’t your average 5 Series, but other M5-adds like the special front splitter, trunk spoiler and wing mirror shape are pretty subtle. The M2 and even M3/4 models are actually a little more in-yer-face than this. Of course, then you pop the hood, spot the carbon fibre engine cover with BMW M highlights and you’re like “OK. Looks like we’re got something, here.”

Inside, the M5 digs are a little more obvious; the metallic red highlights on the dash, doors and shift lever (which is a little over-styled for my liking) really can’t be missed, nor can the “M” buttons on the wheel, which have been painted a very bright red for 2018. Used to be these were black and integrated within the steering wheel spokes; not anymore. Both buttons are shortcuts for two driver/drive settings M profiles; if you’re planning on taking a spirited drive, maybe you want heavier steering and a more responsive throttle. If you’re just going to be crawling through town, on the other hand, then perhaps a transmission set for more fuel-efficient motoring is the better choice. With the M buttons, there’s no need to surf through various menus over and over again in order to set this up.

Not that surfing through the menus here is such a bad thing; I like BMW’s iDrive system, and the huge widescreen display the M5 gets is a properly futuristic add. It compliments the HUD, which is also the biggest I’ve ever seen in a car – the info it displays can be modified and attached to either of the two M profiles.

Infotainment-wise, the optional Bowers and Wilkins sound system in my tester is a beauty (albeit an expensive one at $4,900) and there’s compatibility for Apple CarPlay and Android Auto if you select the $6,500 Premium Package -- yes, I was surprised at that requirement, too. The apps only work wirelessly – no need for unsightly cables as there’s also wireless charging – and while that’s mostly nice, I did have some trouble with third-party apps (Google Play Music hardly ever worked properly) that I wonder whether or not can be attributed to the wireless-only interface.

Where four doors feel like two
Like the 550i, the M5 gets a twin-turbo TwinPower V8, but it has been overhauled with new turbos, new cooling, a lighter exhaust system and shorter injection times. It all combines to provide a frankly startling 600 hp and 553 lb-ft of torque, the latter of which gets its full slug at 1,800 rpm. It’s all fed through a single transmission choice: an 8-speed auto with paddle shifters, specifically tuned for high-performance work.

The result when you plant your right foot is of course, staggering. The M5 surges ahead, riding that massive wave of torque as you bang-bang-bang up through the gears (yes, I used the paddles. A lot). “Staggering”. Yes, that’s the right word because there’s no way a car this large should be able to spirit you forward like this, but it does. It does thanks the power, yes, but also lightweighting additions like aluminum chassis components and hood, as well as a carbon-fibre reinforced plastic roof panel. As a result, the M5 weighs less than the Mercedes-AMG E 63S sedan and Audi S6, and just a few kilos more than the rear-wheel drive Cadillac CTS-V. I do wish there was a little more aural drama when you really step on it, though; you can tell the electronically boosted sound is trying very hard to cover up the fact that a turbo motor is never going to sound as good as those wonderful, metallic old naturally aspirated inline sixes and V8s.

Where four wheels become two
While the weight reduction obviously helps acceleration, it’s in the handling that you feel the benefits even more sharply. After a while, you accept that the car has great acceleration but in undulating, bendy tarmac you get the sensation again and again. There’s just so much variety in a nice, curvy road that really put the M5 to the test; different camber angles, curve severity, even the surface materials are all brought sharply into focus here, giving you the opportunity to really see what the M5 is all about.

And what it’s about is about as sporty of a mid/full-size sedan you’re going to come across. The nose turns in sharply as soon as you tweak the wheel, especially if you’ve set the steering to “Sport” mode, and the tail follows ‘round, providing a little bit of slip even if you’re in AWD mode with TCS on. RWD mode requires stability and traction control to be turned off, but it’s a drive mode best left for dry roads that you know well and yes, RWD or AWD is something you can set in your M profile. The power is such that rear end gets unsettled with maybe a quarter press of the throttle in RWD mode, which may catch you off guard at first but is quickly rectified thanks to well-sorted chassis and steering. Boy, is it fun to let loose in this thing and BMW being BMW, they let you do it with non-invasive electronic safety nannies. There’s also a ceramic brakes option, but you’ll have to part with $9,500 to get them.

I guess it kind of begs the question as to why they bothered to add AWD. Well, ask BMW, and they’ll likely tell you that the all-new M xDrive AWD system mostly favours the rear wheels anyway, only engaging the front wheels to help the driver do a better job of doing what RWD cars do, and that’s hold on to lairy drifts, keeping the front end tight and the rear end light.

I must say, though, that while the steering is responsive, I really would have liked more feel through the wheel. It likely wouldn’t bother me so much in something less hardcore like the 540i or even M550i, but the rest of the M5 is so engrossing that the woolly-feeling steering is that much more evident. In this way, the M5 is a bit of a victim of its own success.

Engineering masterclass
I will never question how well-engineered, equipped and fast the M5 is. I would be crazy to do so as it’s maniacal in its performance, yet goes about its business in a refined matter if you ask it too and will let its hair down with just a few button presses. Or a single throttle press. A mid-sized sedan should not feel this quick and agile, but this one does.

It was almost enough to have me forget my love of old M5s. Almost. Every time I gunned it and heard that engine do its best impression of something louder, every time I twisted that wheel in anger and felt like I was yanking on a sleeve of my wool sweater, I was reminded that all that granularity and natural precision of 1980s and 90s sports cars and sports sedans was there – in spirit, if not 100% tangibly. Not that it really matters; this is a fantastic car that people will love, and that they will buy. Me? I’m still trolling the classifieds for a 2000 E39 in good nick. 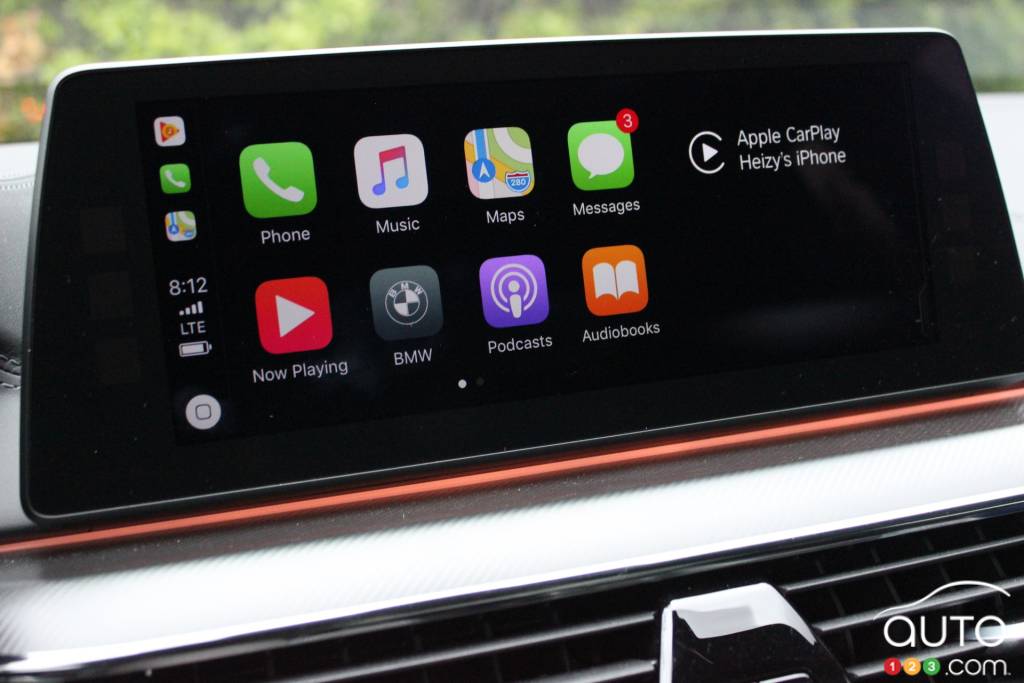 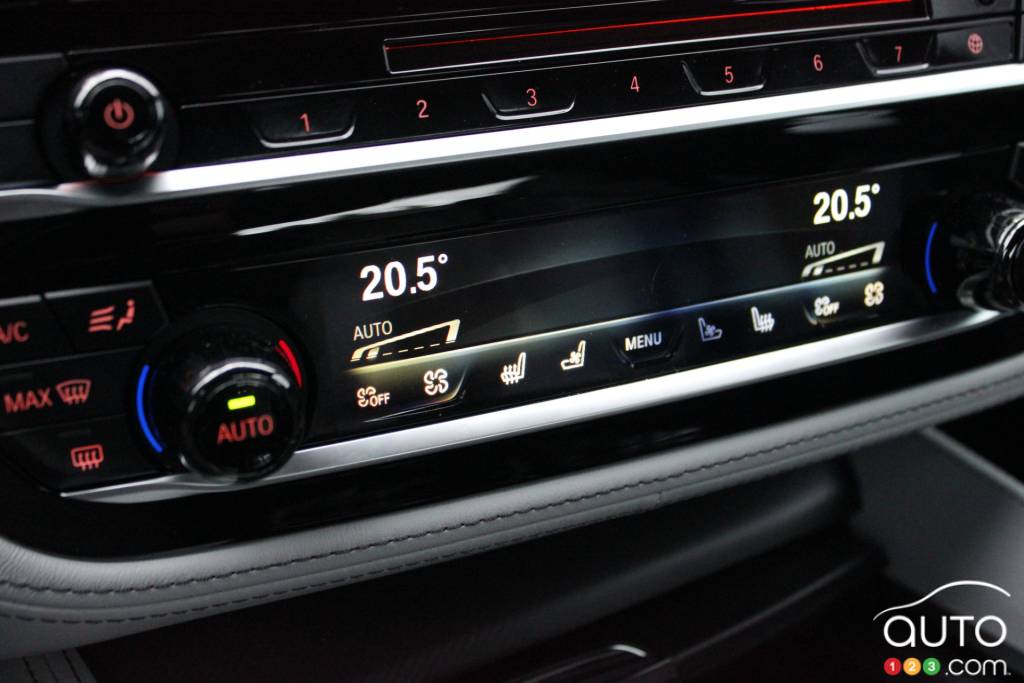 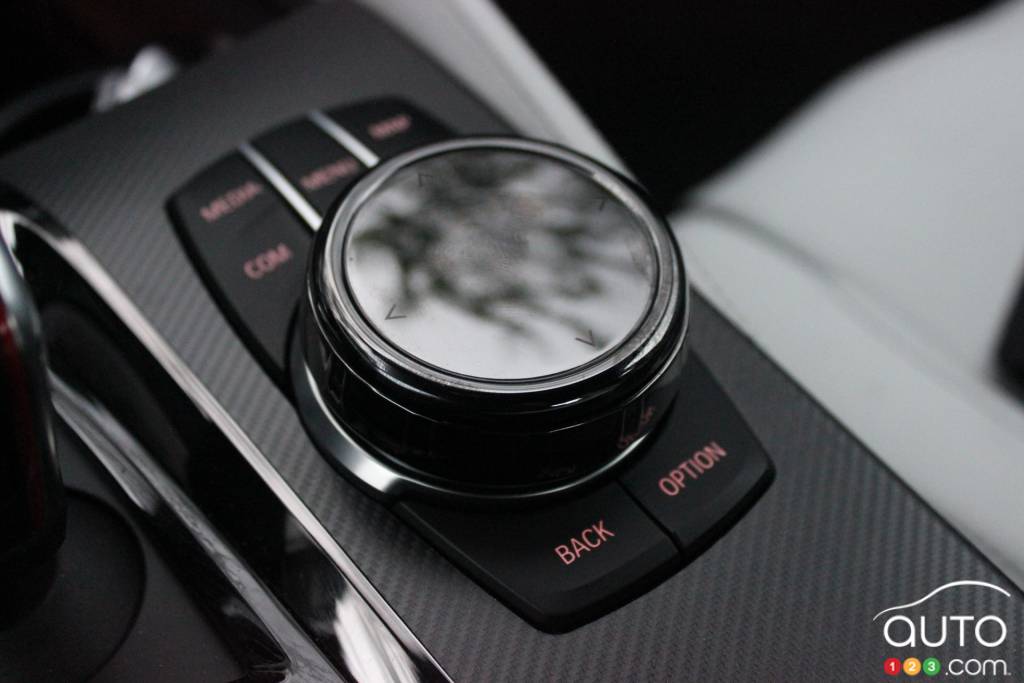 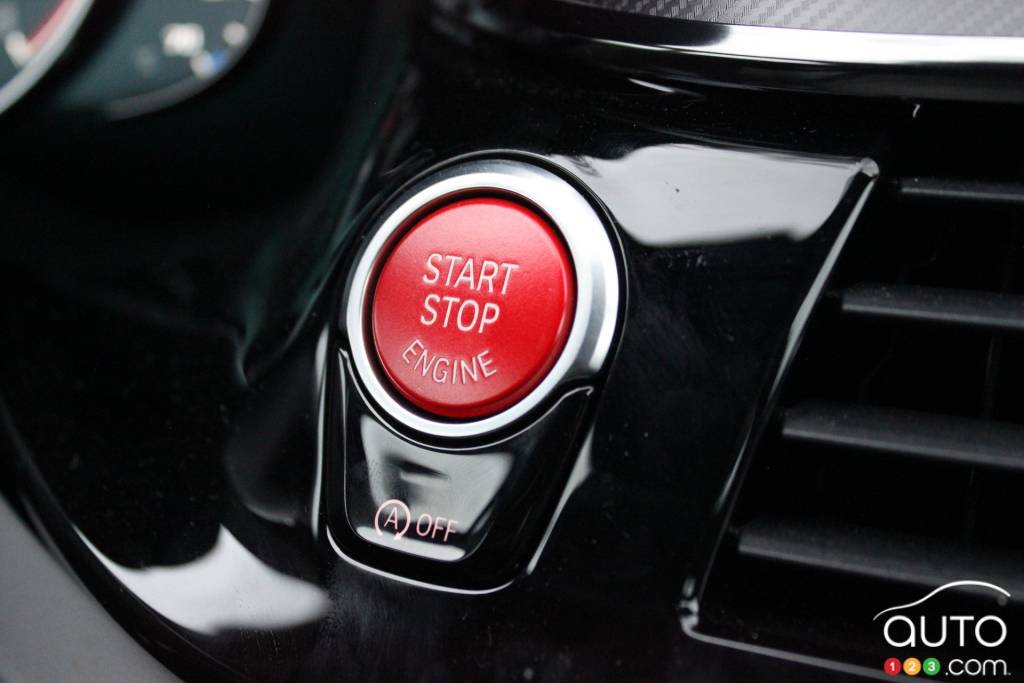 The sedan version of the BMW 1 Series, a FWD model, will make a return to North America arriving in Mexico. The model, which shares its foundations with the ...