As competent as the Acura TSX is in the corners, it has never been a powerhouse on the straightaways. Relying upon four cylinders instead of six to put a little fire under the hood has unjustly punished this beautifully balanced performer. But a bank of Acura engineers appealed the sentence and the bench has rendered a decision in favour of the fast lane.

It's said that the wheels of justice turn slowly, and with that Acura has finally freed the TSX from its shackles by depositing under its hood for 2010, an optional 3.5-litre 280 horsepower V6. This is the same sweet mill that endows the Acura TL with its impressive fortitude so it's sure to morph the smaller TSX into a force to be reckoned with.


With the installation of the new engine combined with Super-Handling All-Wheel-Drive (SH-AWD) technology, Acura has just fired a shot across Audi's bow. The addition of a manual transmission to the potent V6/SH-AWD combo releases upon the competition a "no compromises" TSX.

Exterior visuals for the TSX V6 are limited to cosmetics increasing the car's frontal aggressiveness. A revised suspension setup and 18-inch wheels add credibility to the more hostile look while ensuring that the larger engine's weight is properly accounted for on the track.

The standard equipment list for the TSX V6 has also be expanded to include an electric sunroof, automatic climate control, Bluetooth-equipped XM satellite radio and premium sound.
photo:Acura, Philippe Champoux 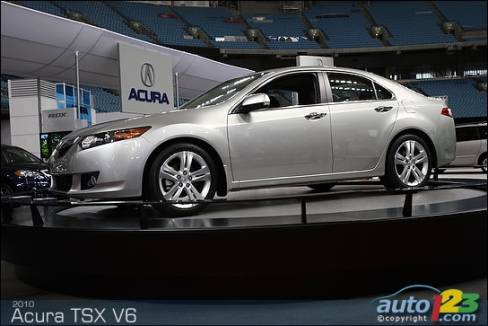 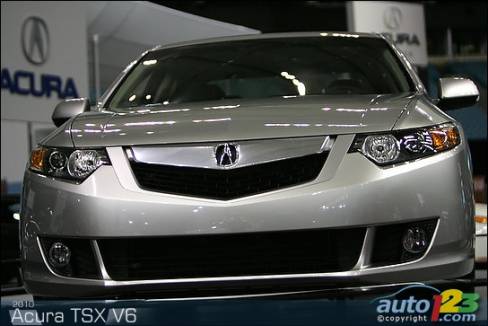 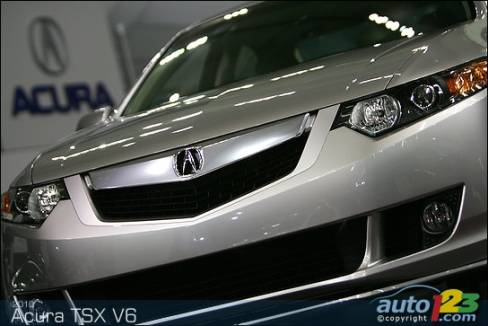 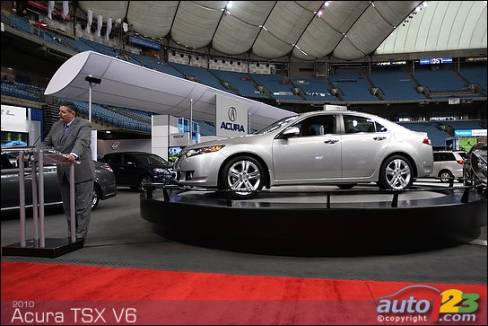 While at the Vancouver International Auto Show, I had the opportunity to chat with Mr. Stephen Beatty, the Managing Director of Toyota Canada. We discussed t...

Toyota recently unveiled its third generation Prius, which has been completely overhauled for 2010, giving it improved fuel economy and stronger performance....