Ford of Canada is ending the month of May with a bit of good news for fans of the F-150 and of diesel engines. The company has confirmed it will expand the availability of its diesel engine already offered on certain trims of the F-150 truck.

The decision was made, the company openly acknowledges, in response to sustained requests from consumers as well as from its own dealerships – proving that companies do sometimes listen to what their most ardent customers are saying. Especially, we should add, when it comes to the automaker’s cash cow vehicle.

The company’s 3.0L turbodiesel V6 engine will now be available starting with the XLT variant. Up until now buyers could only get that powertrain with the Lariat, King Ranch and Platinum versions. In so doing Ford makes the diesel option possible in one of the model’s most popular versions.

Here are the prices (in $CAD) of the various XLT variants equipped with the diesel engine: 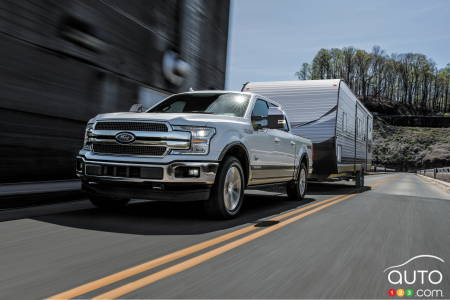 We take a look at 10 diesel-engine vehicles available in Canada en 2019. Dieselgate certainly dealt the technology a major blow here and elsewhere, but some ...

Articles By
Daniel Rufiange
Lamborghini Recalling Urus SUV Over Fire Risk
Article
Will the Next Mazda CX-5 Become a Full-On Lux...
Article
Hyundai, Kia Facing up to $210 Million in Fin...
Article
More from this author