Teenaged Justin Pritchard was hopelessly in love with the Dodge Viper GTS, its obnoxious stripes, its superhero reputation, and its hopelessly curvaceous body.

When I was 14, I had a paper route. While walking it, I’d pass the time contemplating paint and stripe colour combos I’d choose for my Viper, of endlessly slamming gears at full throttle, and (when nobody was nearby) frequently imitating the burble-y exhaust note I heard the Viper make on TV.

Not so long ago, I decided to live my childhood dream and buy a 2000 Viper GTS, in black and silver. The boss asked for a review of this rarely seen piece of rolling shock-and-awe American firepower. I couldn’t say no.

What is a Dodge Viper GTS?
The Dodge Viper GTS is a heat-spewing 8.0L V10 engine to which are attached some seats, some body panels, an instrument cluster, and a windshield. Despite the futuristic concept-car looks, this vehicle was scarcely more technologically advanced than a fireplace. The engine used pushrods. There were no antilock brakes. Cruise control? Traction assist? Forget it.

Two seats, gobs of power, and no BS? Very yes.

2000 Viper GTS Specs
The Viper announces itself at startup with a deep, bellowing snarl that settles into a throbbing, building, piercing warble. My parents know all about the massive 8.0L pushrod V10 responsible for that sound, the steamroller tires and the 450 Porsche-smashing horsepower largely because I never shut up about them. It’s all backed by nearly 500 lb-ft of torque delivered to the 335-series rear tires via a Tremec manual transmission. It’s a 6-speed, though 6th is too tall to use anywhere under about 115 km/h.

Tall gear ratios, and an even taller final drive, ensure immense pulling power through each gear. The engine redlines by 6,000 rpm while making a noise that makes Prius owners cry. There are no fuel-saving engineering implements, no driver-assist systems, and no features.

Acceleration is instant and brutal, with 0-100km/hr available in 4 seconds en route to a top speed approaching 200 mph.

Driving the 2000 Dodge Viper GTS
Entry and exit are tight and require some awkward bending thanks to the radical door shape. The exhaust is routed through the door sills, which means they can (and will) burn you if you’re not careful. Parking is a chore; the hood is too long, you can’t see out the back, the turning circle is confusingly large, and if anyone’s honking at you to stop reversing, you won’t hear them over the exhaust.

Seats only slide forward and back, but don’t recline. The pedals are adjustable, though they sit a few inches too far to the left, requiring a strange angling of your legs and feet. Heat generated by the big V10 floods into the footwells on long drives too, in an attempt to melt your loafers.

The highway ride is quite comfortable in spite of this, and the GTS is nicely sprung. It cruises along, even over moderately rough surfaces, with a taut but comfortable demeanor. Steering is light at speed, and with battleship torque output, downshifting to pass is always optional.

Full throttle in any gear causes pure, adrenaline-laced euphoria, threatening to break the tires loose without notice. The noise? At full throttle, it’s similar to the automatic gunfire in the climax of a war movie. Lift the throttle, and the GTS emits a deep, lusty burble that calls off-shore speedboats with through-hull exhaust to mind.

The brakes have a decent feel and do an admirable job of stopping the Viper in a jiff -- even after repeated laps of a road course. Steering is light and numb, but overall grip is tremendous. Driven hard on a track, you’ve got to think a step or two ahead of the Viper to balance its torque output with available traction, and the car gives you nothing in terms of support. But, get it right, and you’ll be grinning like a 10-year-old riding on the back of Tyrannosaurus.

Inside and Out of the 2000 Dodge Viper GTS
In any measure related to performance car coolness, the Viper GTS is off the charts. Even 13 years later, its performance figures are massive. The look still gathers drooling crowds wherever it goes, and the recognition and exclusivity are virtually second to none. The thrilling acceleration, noise, grip, and presence of this machine are priceless.

In any measure of practicality or sensibility, the Viper is pretty awful. Storage on board and in the trunk is dismal. There’s no rear seat. On lengthy highway trips, the drone from the engine and slight but constant wash of exhaust fumes into the cabin wear away at comfort. Plus, fuel mileage lands around 24L /100km in the city if you’re having any fun with it.

The Gist?
When it comes to performance, noise, and cool factor, there’s nothing quite this extreme on the affordable side of the used-car spectrum. The Viper isn’t for everyone. It isn’t even, really, for most. It’s an exhausting car to drive in many ways, but that’s a small price to pay for those after one of the most instantly recognizable and lusted-after examples of four-wheeled American badassness ever built. 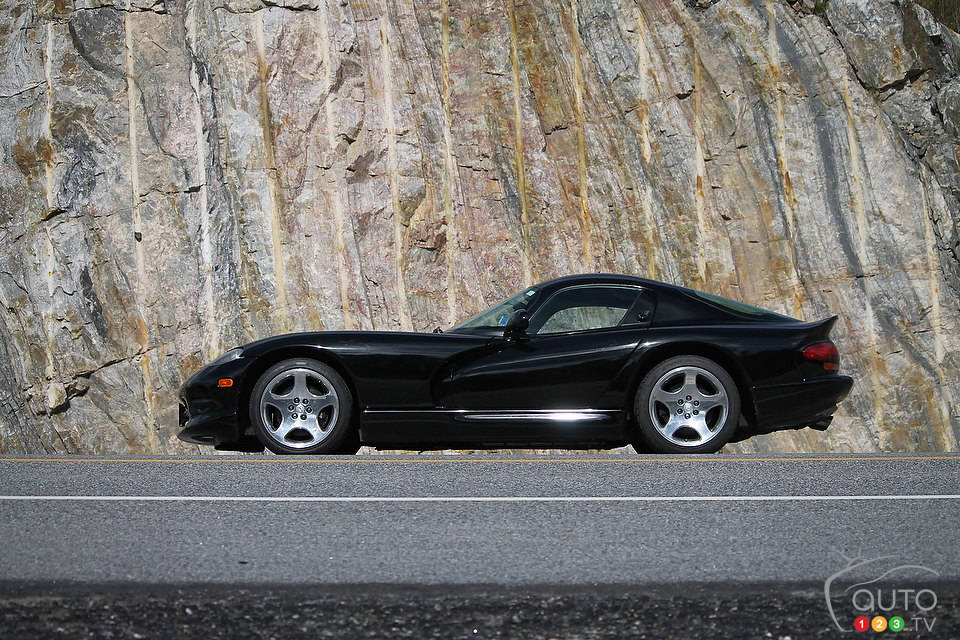 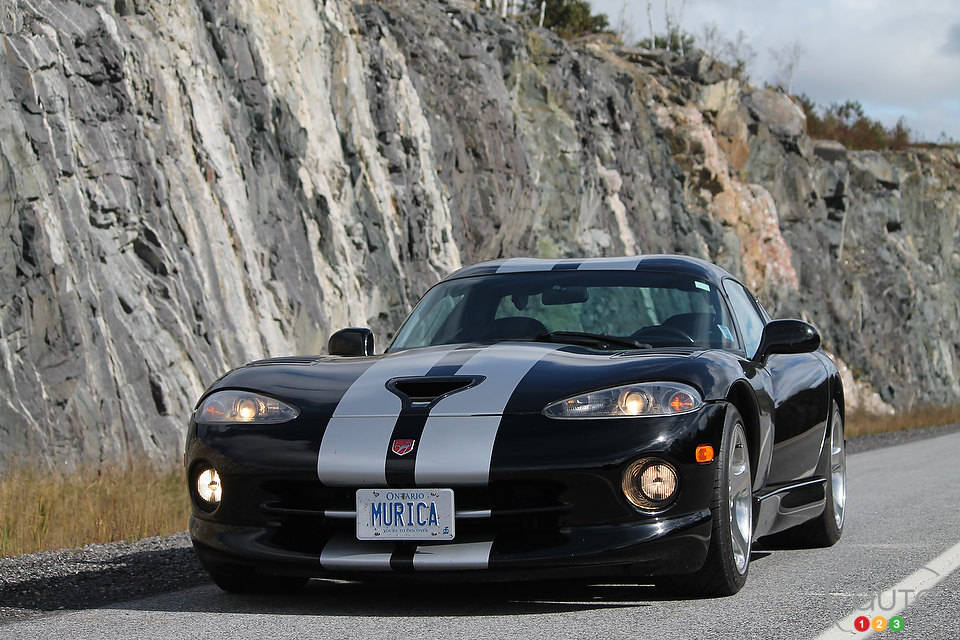 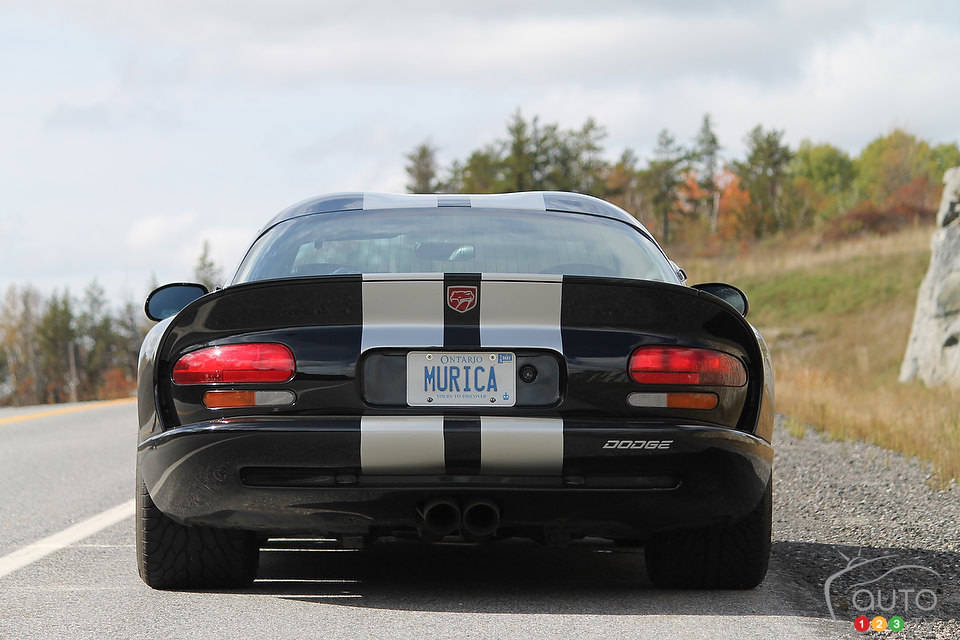 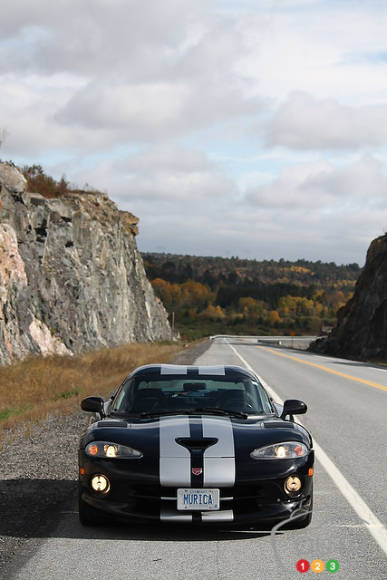 A car this outrageous must be hard to get approval for within the halls of a manufacturer's headquarters, especially when the decision makers aren't necessar...

Chrysler announced the MSRPs for the SRT Viper and the SRT Viper GTS earlier today. Chrysler will be accepting customer orders in the U.S. for these two mode...