When people talk about luxury SUVs, they tend to keep the conversation to famous big-ticket names like Cadillac and Lincoln, and that's a mistake. After all, GMC has been selling the premium Denali line for a couple of years, and with the arrival of the 2001 Yukon Denali and 2001 Yukon XL Denali in a couple of months, the premium truck division of General Motors thinks it will have a pair of vehicles that lots of luxury buyers will find appealing.

The upscale SUVs include a completely redesigned, second-generation Yukon Denali, joined for the first time by a long-wheelbase Yukon XL Denali, which is actually a jazzed-up Chevrolet Suburban.

O'Donnell says the new Yukon Denali and Yukon XL Denali have been restyled "for a bolder, more distinctive appearance. And their interiors have been refined and more sumptuously equipped to make them as enjoyable to ride in as they are to drive."

The 2001 Yukon Denali is available as an 8-passenger model. It comes with a new and improved full-time AWD system and a 6-litre V8 that delivers 320 horsepower and 365-pound-feet of torque and is mated to a more fuel efficient and enhanced 4L60E HD (heavy duty) electronically-controlled 4-speed automatic transmission with overdrive.

The long-wheelbase Yukon XL version of the Denali shares the shorter Yukon Denali's powertrain, AWD system and comfort/convenience features, while providing a choice of 7- or 8-passenger seating and lots more cargo capacity.

"The new premium SUVs are so richly appointed and fully equipped," O'Donnell says, "that their only available options are an electric sliding sunroof and second-row bucket seats on the Yukon XL Denali." Prices for Canada have not been announced.

The 2001 Yukon and Yukon XL Denali benefit from major upgrades, O'Donnell explains, that contribute to their agility and maneuverability:

The Vortec 6000 V8 "quickens the responsiveness and boosts the load carrying and trailering capability of the new Yukon Denali and Yukon XL Denali," O'Donnell says. He points out that the engine continuously delivers 90 percent of its peak torque level over the 1600 to 5200 rpm range, "making it an all-around superior choice for heavy towing or carrying."

O'Donnell says the Vortec 6000 also operates more fuel efficiently and cleanly than its predecessor engine, though he was unable to supply any specific Canadian statistics. Additionally, the Vortec 6000 is designed for higher, best-in-class 321,000-km durability, and that's still using only regular fuel.

The power difference, the suspension system and a standard 3.73 axle ratio "greatly benefit customers who take advantage of the Yukon Denali and Yukon XL Denali's ability to tow large boats and travel trailers," says O'Donnell. The Yukon Denali can tow trailers weighing up to 3,856 kg, while and the Yukon XL Denali can handle trailers weighing as 3,810 kg.

The new vehicles are trailer-ready, thanks to a standard Z82 Heavy-Duty Trailering Package that allows them to achieve their maximum tow ratings without any additional packages or cooling items.

Unlike part-time 4WD systems and even some other "full-time" 4WD systems that require the driver to engage them, he explains, the Yukon Denali and Yukon XL Denali's full-time AWD system is always "on" and always fully operational. "The driver doesn't have to do a thing – whether it's throw a transfer-case lever or push a button – to engage it and realize its benefits."

Some AWD systems only shift power to the opposite set of wheels when they sense wheel slip, O'Donnell points out, and often that's "not frequently enough to prevent the driver from feeling a momentary lapse of control, before the vehicle regains traction. By contrast, the Yukon Denali and Yukon XL Denali's system automatically and continuously transfers torque from the slipping wheels to those with a firmer grip in a smooth, imperceptible manner."

At the same time, O'Donnell says, "The standard Z55 Autoride computer-controlled suspension provides a premium smooth ride and the great handling and ride control. It allows the Denali models to take full advantage of their new-found power and drive-line upgrades."

O'Donnell says, "Autoride will select the best damping to maintain wheel-to-road contact on dirt or washboard-type road, for example. Again, it will sense the impending lift (or heave) as a Denali approaches a crest in the road. It will also sense the potential roll of a quick lane change or the impending front-end pitch (dive) when a driver jams on the brakes and, in all cases, firm up whatever dampers are necessary to minimize such body movements."

A fully automatic rear air leveling system also maintains the Denali's same trim height, regardless of how little or how much of its maximum allowed weight that it carries, and also minimizes the chance of the suspension "bottoming out," even if the vehicle is very heavily loaded.

"These vehicles drive more like a Pontiac Firebird TransAm than a truck," enthuses O'Donnell.

More on that in the months ahead, when we test drive both Denalis. 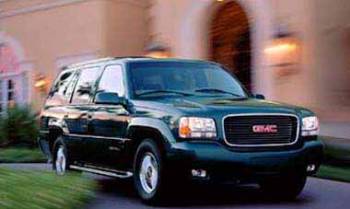 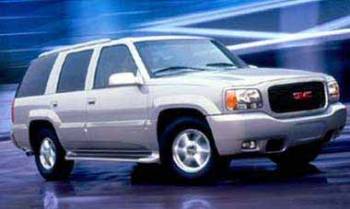 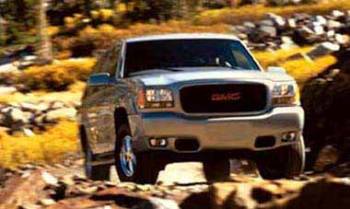 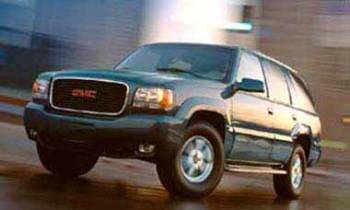 With the rise in interest for SUVs in full swing in the mid to late 90s, many car makers saw an opportunity to further cash in on the craze. They simply rea...

Utilitarian for sure, but Jeep's Cherokee was a popular choice among a new and growing SUV crowd when it debuted in 1983 as a 1984 model. I was there, workin...

In several people's mind, a Cadillac DeVille still remains as a typical large North American car, a somewhat clumsy vehicle that one loves to drive on wide b...