Am I strange to get all excited every chance I get to drive a Sprinter? Could it be that I harbour a deep hidden desire to work for UPS or Purolator? Possibly, but I think it has more to do with the fact that it’s so far off my radar of typical test cars that it’s a vacation from the usual...

The Mercedes (which was Dodge in another time) Sprinter is, to put it into perspective, the German Chevrolet Express or Ford Econoline. You might expect this coming from me, but you only have to glance over at any delivery company's fleet to see that, the Sprinter is much more awesome than any American-built van.

Want further proof? Ford will shortly cut the Econoline -- after only 283 years on the road -- and replace it with the big Transit, one size up from the current Transit Connect. This European-designed van is the best selling commercial vehicle on the other side of the pond.


Mercedes knows vans
The 2012 Mercedes Sprinter is actually the largest passenger/commercial van offered by Mercedes. In other parts of the world, they have the Viano and Vito. There are others, but the Sprinter is the star of this show. All I’m trying to say is that Mercedes knows a thing, or 19, about vans.

My tester for the week was a 2012 Mercedes Sprinter 2500 High Roof with the 170” wheelbase. It was a cargo van and it was white. It was perfect. The first thing I did with a few office chums, including the Miranda, was do a few laps in the rear. Ok, pointless, but it was fun and I know you want to do the same...

Seriously, it’s no small wonder why the Sprinter makes for an excellent conversion camper vehicle! The rear’s square footage is superior to my basement! The possibilities are endless for all walks of professionals as well.


Diesel; there is no other way
All 2012 Mercedes Sprinters are powered by a BlueTEC turbo-diesel 3.0L V6 engine. This potent powerplant puts out a proper yet paltry 188 hp and prominent 325 lb-ft of torque. Between it and the rear-drive wheels is a 5-speed autobox that features a manual mode.

Let’s move on to the drive: The 2012 Mercedes Sprinter looks like a bus and, well, drives like a bus if only because turning a corner requires not only a wider angle, but the steering needs to go around a few more times than a typical car.

Otherwise, the Sprinter really is simple to navigate. The brakes are immensely powerful and pedal feel is confidence-inspiring. The ride is a little jittery, but only because most of the time in the course of my week-long test, I was alone in the van. This Sprinter is designed to handle up to a total of 6,146 kg (13,550 lbs) and the suspension settles under the weight.

What blew my mind was my final fuel economy numbers at the end of the week. I rode the 2012 Mercedes Sprinter as I would have any other press car, and Miranda even managed to load it up with some renovation material. So, we did put it to work and it still managed a notable 13L per 100 km.

The turbo-diesel V6 is full of vim, and always willing to dish out the power. The 5-speed box is quick to participate, and altogether this big Sprinter can easily keep up with traffic. When loaded, the situation changes, obviously.


Uh, really, really big
What looks like content that would fit in a woman’s purse (well, Miranda’s at least) is actually a dozen sheets of plywood, a few interior doors and a crap-load of 2x4s and 72 rubber floor tiles, four-square-feet each. The contents look small because the Sprinter’s rear quarters are that ginormous. What surprised me was the total absence of rattles from the bare walls.

Up front in the 2012 Mercedes Sprinter, the seats are very firm and reasonably comfortable. There are tonnes of storage spaces and possibly the only complaint I could make relates to the cup-holders: they are not deep or plentiful enough.

The gauges and other controls are simple and straightforward. Oh, and the cruise control stalk is the same as in most of Mercedes’ cars. Many don’t like the way the stalk functions, but it’s only a matter of habit.

I recall going to the launch of the then-Dodge Sprinter where it was explained that, given the large number of body styles, colors and configurations, it would be possible to line up 500 different Sprinters side by side and they’d be all unique.

Either way I look at it, and even if the 2012 Mercedes Sprinter is pricier than the average Econoline, Express or Savana, it’s by far the better choice. 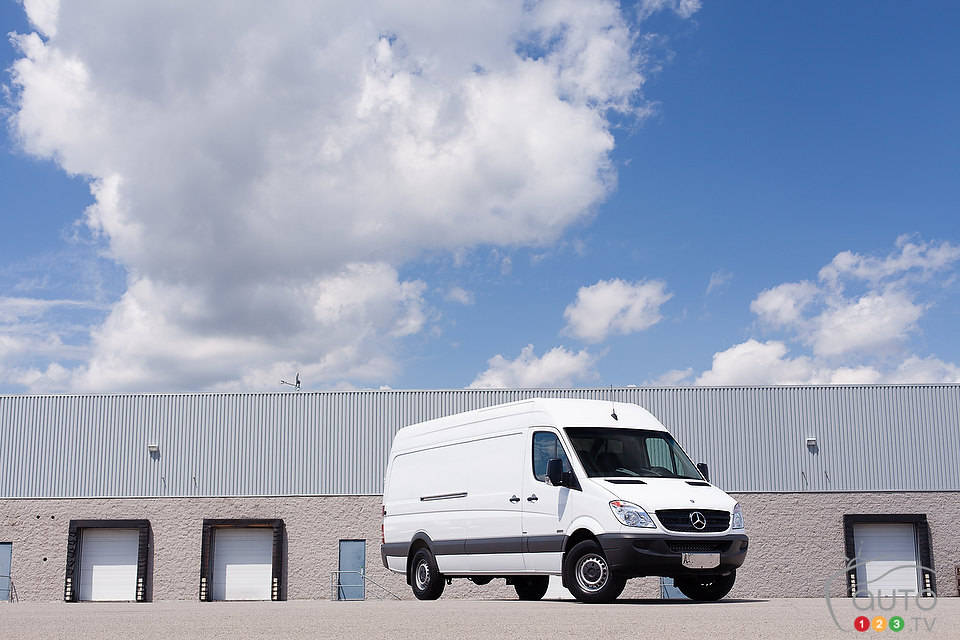 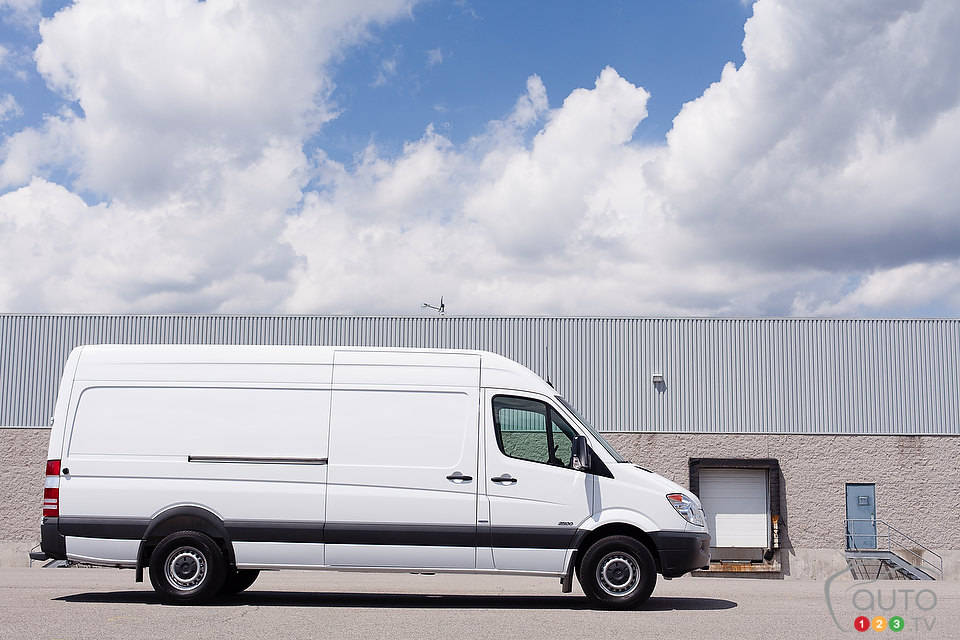 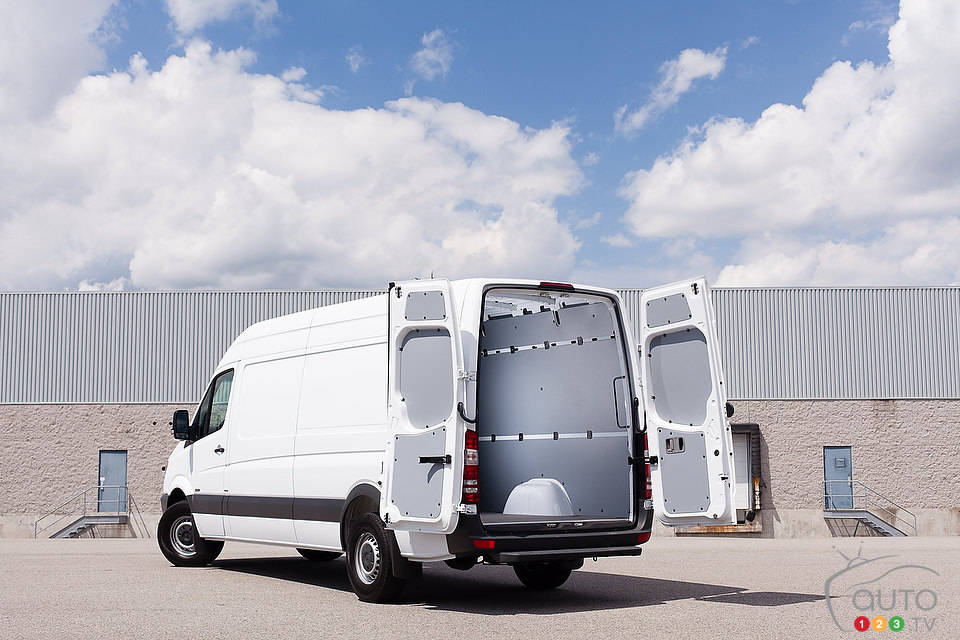 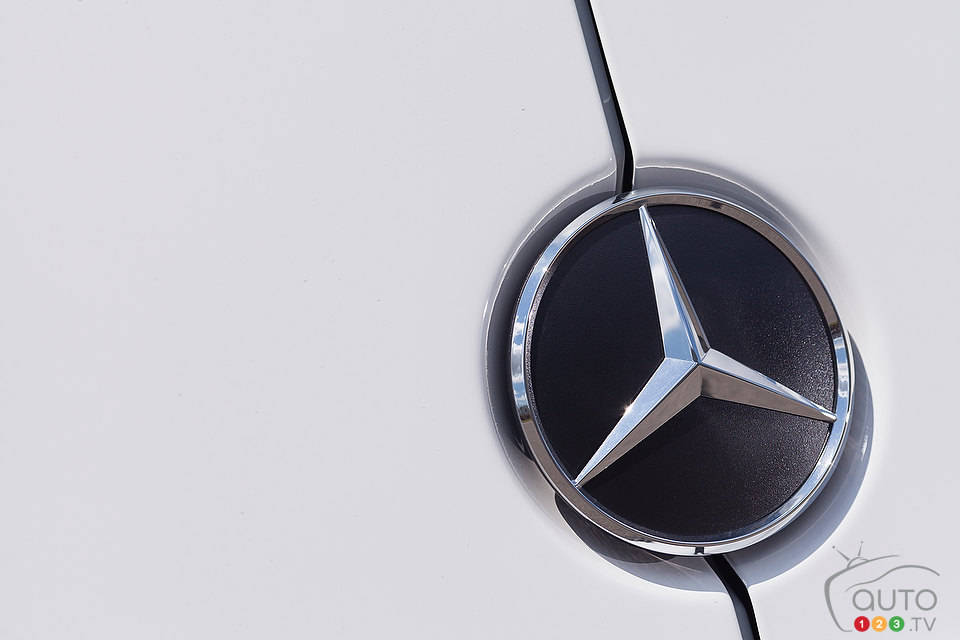 The 2012 Mercedes Sprinter is actually the largest passenger/commercial van offered by Mercedes. In other parts of the world, they have the Viano and Vito. T...

Welcome to the very unglamourous world of the working stiff. He's the guy with plans to make his way up the corporate ladder, but for the moment he has to wo...

TORONTO, Ontario--Do you own a small downtown business, or perhaps a local delivery service? Then you may want to read this, because I've just experienced wh...