The smart car has not been greeted by universal acclaim since arriving on the Canadian market in 2005. In fact, the arguments to be made in favour of the super-small city car were simply not strong enough to convince large numbers of consumers. Its contours were bizarre to say the least, its price was much too high, and most importantly its performance on the road was often sea-sickness-inducing. And when owners stopped at the pump, the benefits were just not apparent.

The electric version, introduced in 2007, did resolve this last issue, but the other complaints directed at the car went largely unaddressed.

The smart did have its share of fans, to be sure, but even the die-hards found much to complain about.

Mercedes-Benz could do better, and no one was more aware of that fact than the carmaker itself.

The smart car was first introduced in Europe in 1998, and it is that initial model that arrived on North American shores in 2007, before being slightly retooled for 2009. The third generation of the smart saw the light of day in 2015.

The principal vocation of the smart in this 2015 iteration remained unchanged. For one thing, its dimensions were not modified in any major way. Where this new version took some big steps forward, however, was in terms of its road handling, so much improved was it that drivers could forget they were at the wheel of what was in essence a luxury golf cart.

The electric version, for its part, evolved through several steps. Following its 2007 debut, Mercedes-Benz brought improvements to the model in 2009 and again in 2012. The edition of the smart electric car that is launching this year is for all intents and purposes the fourth generation to be produced.

What that adds up to in 2017, then, is a smart car into its 3rd generation, and an electric version into its 4th.

In 2007, the promised range of the electric car was 110 km. Ten years later, that figure has risen to 160 km – an important improvement for a car destined mainly for city driving.

Unsurprisingly, the question of range is invariably chief among the concerns consumers have when it comes to electric vehicles. It’s important, however, to study each case individually and objectively. While a range of 160 km is fitting for a model called upon to cover long distances on a daily basis, it’s a different story for a car used principally for criss-crossing a metropolis or its immediate environs.
The true range of the new smart car remains to be gauged. Our road test was too short for us to determine if the promised range is accurate in actual usage. That said, we feel the 160 km figure may prove to be a tad optimistic.

The heart of this smart electric car beats under the floorboard, where sits a 16.7 kWh lithium-ion battery consisting of 96 cells. It’s worth noting that for the first time, the manufacturer is offering an 8-year/100,000 km warranty. What’s more, the company is promising that the energy charge capacity will continue to be maximal over that entire period.

For those who may have doubts…

As for the electric motor, it sits at the rear of the vehicle and produces 60 kW, equivalent to 61 HP. The torque, which attains 118 lb-ft, is of course available as soon as the driver steps on the accelerator – an interesting characteristic common to all electric vehicles.

Once in motion, energy consumption naturally varies depending on the driving style employed. The more generous the use of the accelerator, the shorter the range. One helpful feature is the Eco mode, which when selected helps maximize energy conservation. It limits maximum speed, reduces the responsiveness of the accelerator and optimizes the recovery of energy when braking and decelerating.

All of this translates into a reasonably pleasant driving experience. We should mention that even though the smart takes 11.5 seconds to hit 100 km/h from a stop, it never gives the impression of being sluggish, notably because the acceleration is quite snappy up to around 80 km/h. The car takes only 4.9 seconds to get to 60 km/h. This is tailor-made for urban driving, really.

As for decelerations, it does take some getting used to the fact that the car slows significantly as soon as the accelerator is released, a phenomenon caused by the energy recovery system. In truth this is probably more annoying for passengers than for the driver.

For the rest, the comfort level is good, as is the road handling. We add a good word here for the steering radius, which is nothing short of exceptional. Whereas many car models need a dozen metres to complete a full circle, the smart can do it in just 6.95 metres. It might not be able to stop on a dime, but the smart fortwo can run a tight circle around it!

If you’re wondering about the top speed of the smart electric car, it’s set at 130 km/h, largely with fuel savings in mind.

Lest you consider that restrictive, the fact is driving faster than that aboard this bug would indicate possible suicidal tendencies!

Don’t rely too much on the figures you see bandied about online regarding the recharging time. Because this car is also available in Europe, and since electric charging installations there differ from those in North America, results differ as well.

In Canada, if using a 120-volt outlet you can expect to get an 80% charge on your battery in about 13 hours. To get a fully charged battery, add another two or three hours. The folks at smart were not particularly forthcoming with details on this point. If you have access to a 240-volt outlet, the recharging time becomes much more reasonable: about 2 hours 30 minutes to get an 80% charge.

It’s worth noting that smartphone apps are available that will allow you to set the time you want to start recharging the car. By programming the time of recharging, you can avoid needlessly wasting energy. What’s more, the smart’s A/C system can also be programmed, so that the cabin can be cooled or warmed up to 21 degrees Celsius using your home’s electricity before departing. These steps allow you to avoid eating into the battery’s charge and will increase the range of your car.

This electric version of the smart fortwo is worth considering, especially as the new generation has definitely taken a step forward in terms of its components.

All the same, for it to be a smart buy for the consumer, two conditions must be met:

First, the vehicle must meet your specific needs; in the case of the smart car, you’re talking about a pretty strictly defined set of needs.

Second, price must be taken into consideration. Pricing was not divulged to us during the launch. If it turns out to be too expensive, the model simply won’t find its market – especially with the Chevrolet Bolt about to make its debut. That model offers a longer range and more interior space. So if the price isn’t right for the smart…

In Europe, the price for the new smart fortwo electric drive car has been set at 27,839 Euros. This should discourage us from expecting any miracles on this side of the Atlantic. 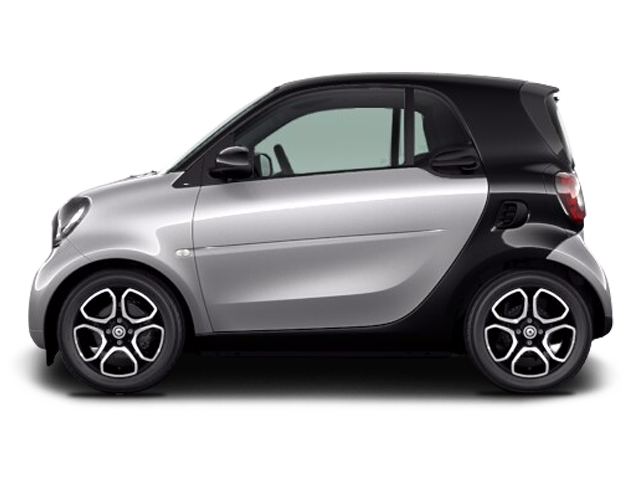 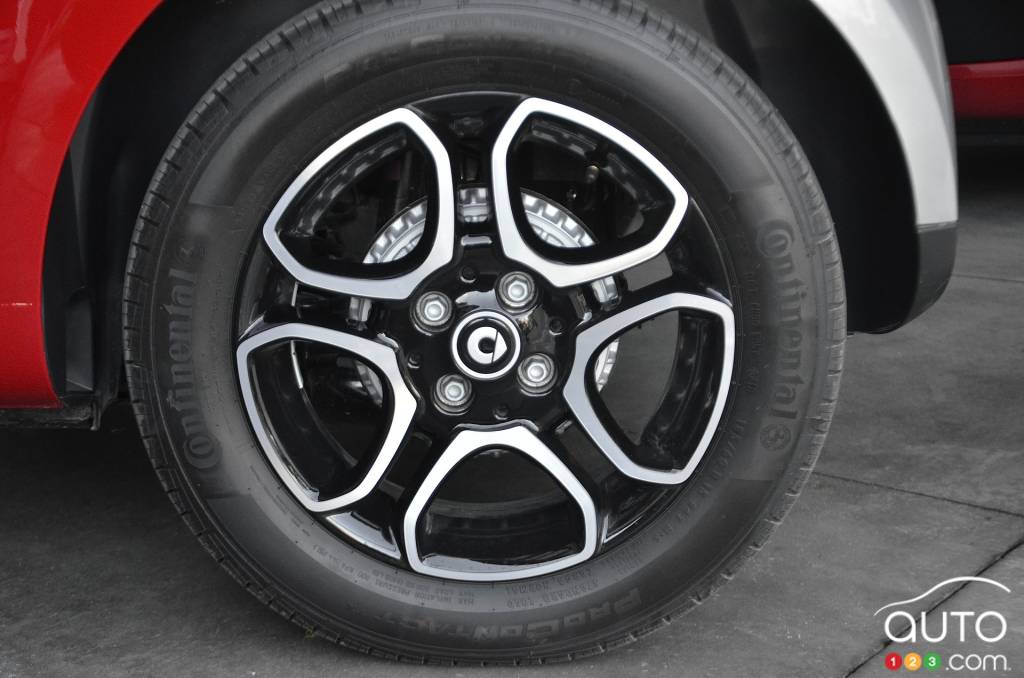 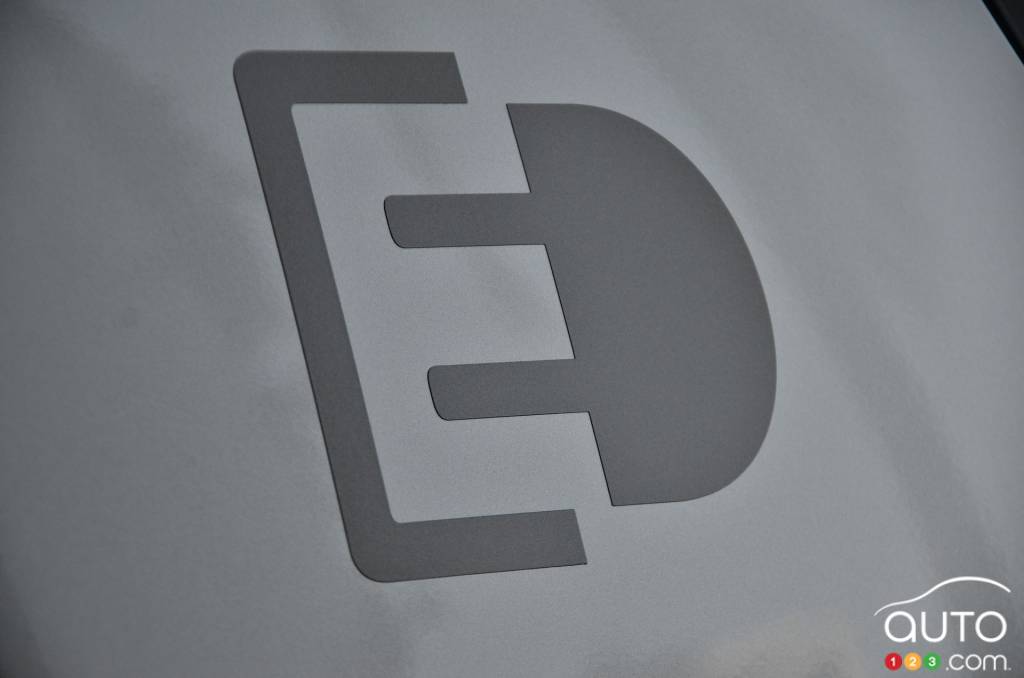 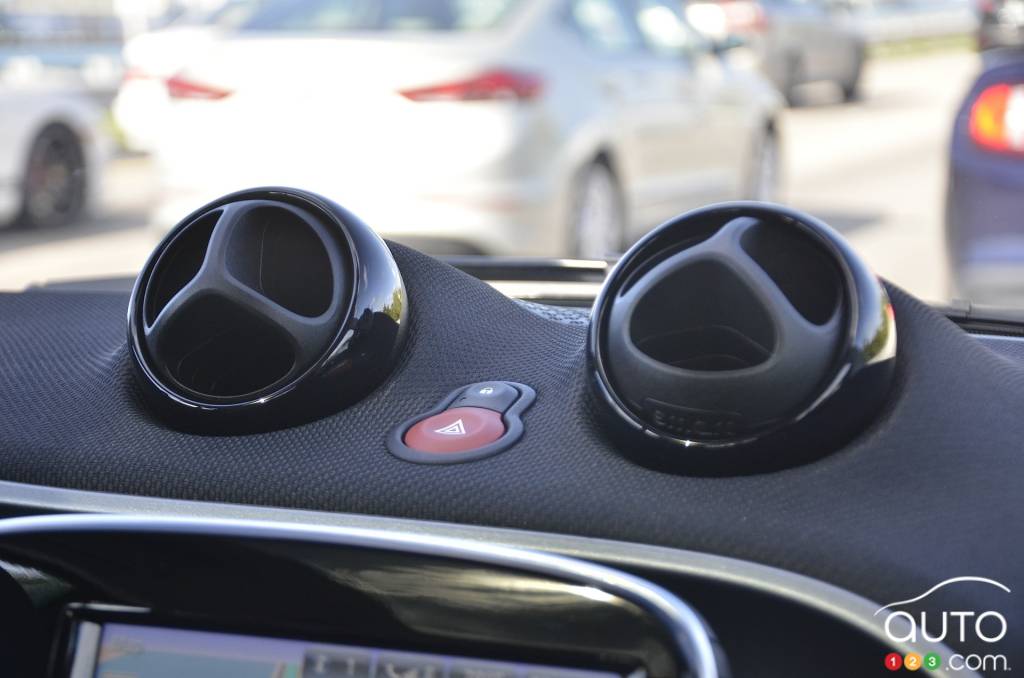 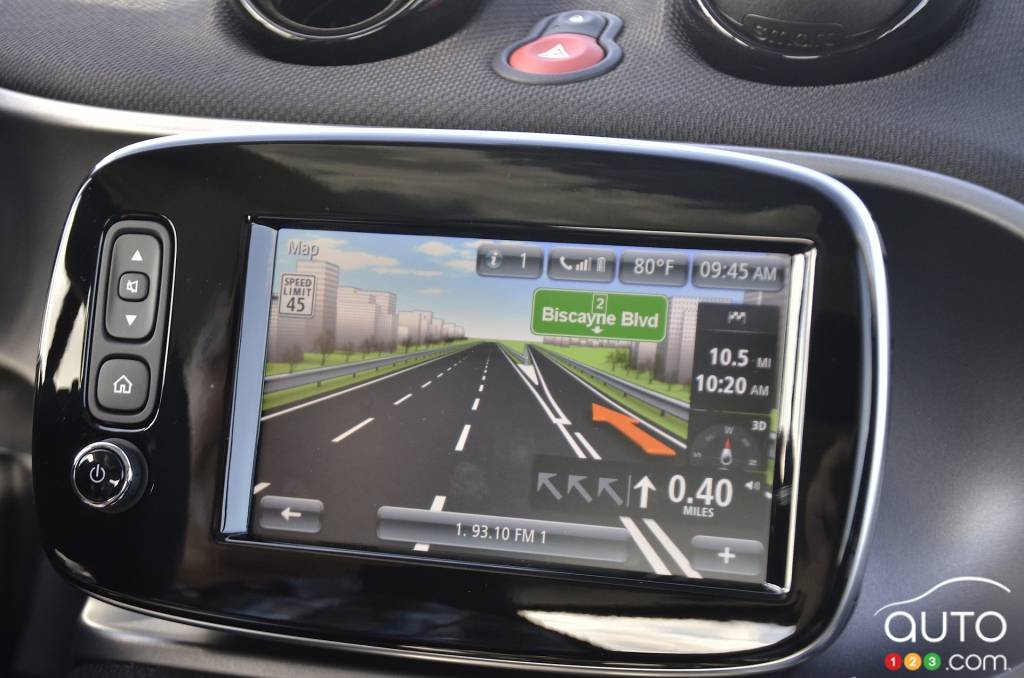 For an electric car to represent an attractive choice for a consumer, it’s important first and foremost that its range meet their daily needs, without the pr...

Electric and self-driving, devoid of steering wheel and pedals, the new concept car from smart is trumpeted as the “intelligent solution for an urban mobilit...