At the outset, some may question the very existence of a high-riding AWD muscle car like the 2018 Dodge Challenger GT AWD, especially one that’s powered by a naturally-aspirated V6 engine as opposed to the traditional V8. I know I did. It just doesn’t compute.

Think a little deeper about it, however, and you can see that it’s not quite as much of a black and white proposition as you might think. You see, the muscle car is not immune from the goings-on in the car world. Everybody wants to be lighter, more efficient and especially in the case of this particular Challenger, more practical. So it goes that in addition to AWD drivetrains, we’re seeing turbocharged four-bangers equipped with 8- and even 10-speed automatics. The computers are smarter than we are, and they know how to ensure that you’re getting the most bang for your buck when it comes to efficiency, practicality and fun. The sands are shifting, and the Challenger is Chrysler/Dodge’s response to that shift.

If the shoe fits
It helps that the Challenger shares a platform and comes off the very same assembly line in Brampton, Ontario as both the Charger and Chrysler 300 sedans, and they have been getting AWD versions for quite some time now. You can see how the big bosses at FCA were keen to get as much use out of the Brampton facility – and the LX platform— as possible. It extends even to the engine, where the Challenger GT gets fitted with the 3.6L Pentastar V6 that has made the rounds through numerous FCA products.

If you’re thinking – again, as I was – “hey, wait a minute. The competition from Chevy and Ford gets convertibles, and Dodge decides to go completely the other way and make a version of their muscle car built not for sunnier climes, but more wintry ones?” Well, that’s correct. Ask Chrysler, and they’ll tell you that the Challenger is using this model to cut a bit of a niche for itself; it’s larger than both the Camaro and Mustang, why not make it more accessible for winter, too?

If you think the GT looks slightly, well, off, you’re right. In addition to getting power to all four wheels it also rides higher, to complete the transition to muscle-car-as-winter-beater. It’s weird, but then muscle cars were never really known for their aesthetics, anyway. To give you a little more eye candy, however, our particular tester was painted in a very Challenger-esque TorRed (whatever that means) ‘do, with a $325 stripe option to top it all off. Aside from looking good, those stripes also lower the beltline a bit, making for a slightly squatter stance for our high-riding 4x4. The rest is all Challenger, from the glowering quad headlamps, blacked-out grille and clean rear fascia. That great chopped-top roofline hasn’t changed, either. Which, of course, is a good thing.

Full-size interior
Inside, things haven’t changed one iota, which means you get lots of space up front, a surprising amount in the rear and that bloody great big Uconnect infotainment screen anchoring it all together.
While it may look familiar, it’s actually the 4th-gen Uconnect system that’s included here, meaning it now has support for Apple CarPlay and Android Auto. And that, in turn, means that one of the best infotainment systems has managed to get better, just as others were catching up. Now, you still get that massive 8.4” screen with big, colourful graphics and a responsive touch surface, along with those two apps that more and more buyers are asking for today. I still don’t love how you have to use that screen to operate your seat and steering wheel heaters, but luckily, that problem’s solved a little by how those systems are automatically activated if the car senses on startup that exterior temps have dipped below 4.5 degrees Celsius.

To top it all off, our tester also had the $1,500 Harman/Kardon premium sound group, which provides 18 speakers and amp. It’s a fine system, to be sure, but I don’t know if it’s required for what is essentially a car that will seat more than two front-seat occupants a grand total of about 12 times per ownership cycle. I think I’d save the $1,500.

V6 or bust
That V6 we talked about is your only option for AWD, for a few reasons: being a potential volume seller, the V8 probably isn’t really required and also because the AWD system doesn’t jive with the V8.

I get all that, but it’s a bit of shame you can’t at least have the option of the HEMI, since the V6 makes less power – 305 hp, 268 lb-ft – than does the four-cylinder turbo Mustang, a car that is also lighter than the Challenger, especially with the added weight of the AWD system. As a result, the Challenger GT AWD doesn’t quite explode off the line as you’d think it might, and you can feel that heft. Having said that, once you do get going, the naturally-aspirated V6 gets into its element and most any manoeuvre at speed is made without compromise. It’s also where the multiple ratios of the 8-speed auto make their presence felt, as there’s always a ratio best suited for the current situation. I never found it to be hunting for gears or what have you; it remained impressively dialled in throughout my test, and I ended up using the wheel-mounted shift paddles a little less than I may otherwise have. At this point, the GT snaps you right back to being in muscle-car heaven as you sit back in your seat, stare out over that long hood ahead of you, grab the t-bar shifter and just let that big motor spirit you along.

It’s also where the AWD system comes into its own. It’s a rear-biased system with the ability to completely de-couple the front axle when it comes to cruising, saving fuel in the process. Even when the system does decide to send power forwards, only about 40 per cent of torque will ever get there, so you’re always in a rear-biased situation. It’s a very good system that provides plenty of confidence in slippery situations like those we faced during parts of our test. We tried to unsettle it and it was no easy task, as power is transmitted pretty seamlessly to where it needs to be to get you out of tough situations.

New horizons
Does the world need an AWD muscle car? I’m not sure that it does but parts of it definitely would; I speak, of course, of folks who live in the snowbelt that hovers around much of the border between the US and Canada. It just so happens that Canada’s most populated areas are also here, and if you consider the likes of Boston, New York City, Minnesota-St. Paul and so forth, I can see a pretty significant number of folks in the US that could find plenty of use for an AWD muscle car, too. Does it dovetail with the traditional thought of what a muscle car should be? No, not entirely, but even as an old-school muscle car fanatic, I have to admit that I can see the appeal, and I understand why vehicles like this need to adapt to stay relevant. If transitioning to AWD and automatic transmissions is what’s required to keep the pencil pushers happy and the muscle car alive, then I’m all for it. 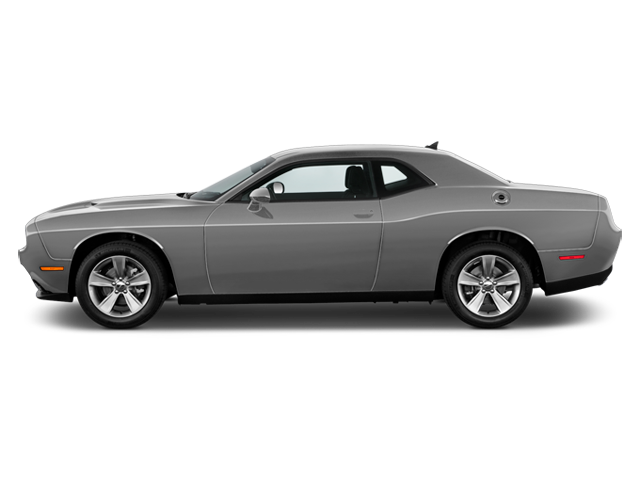 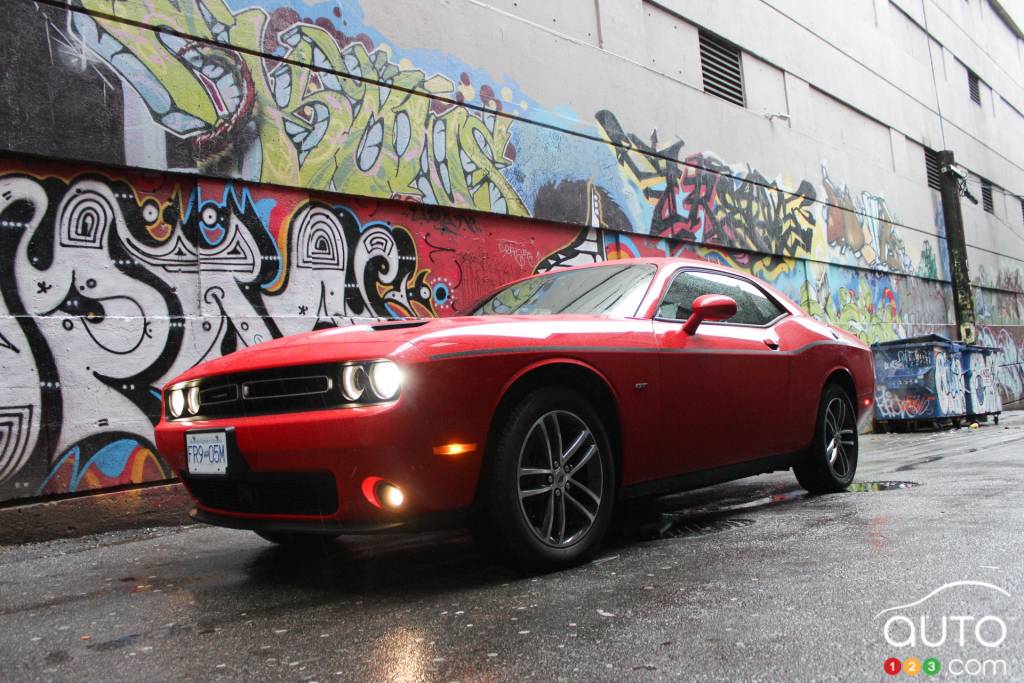 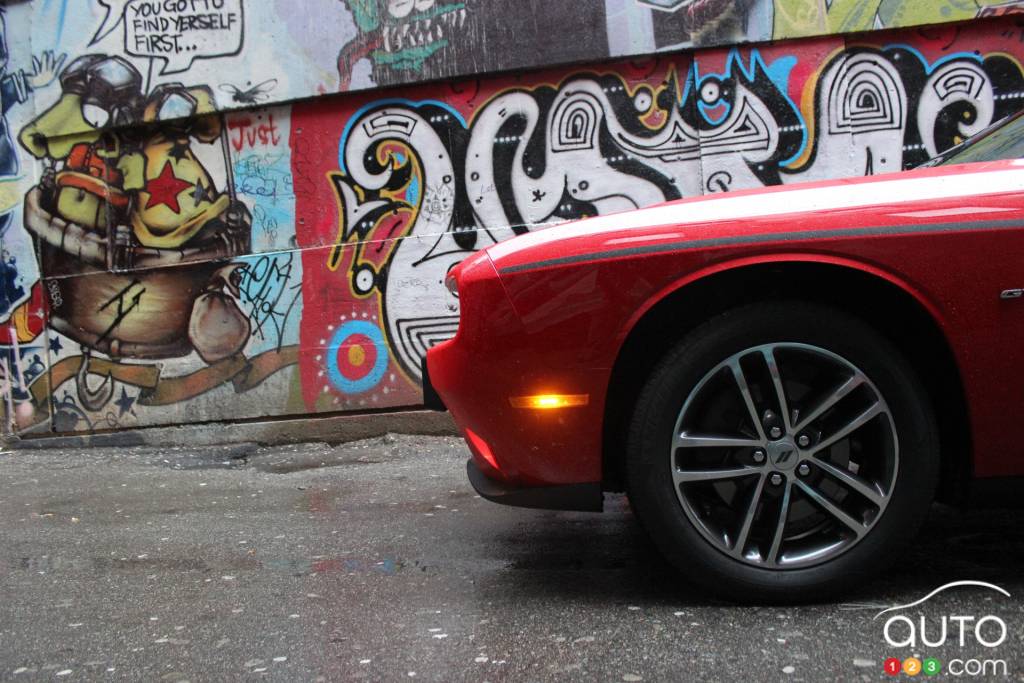 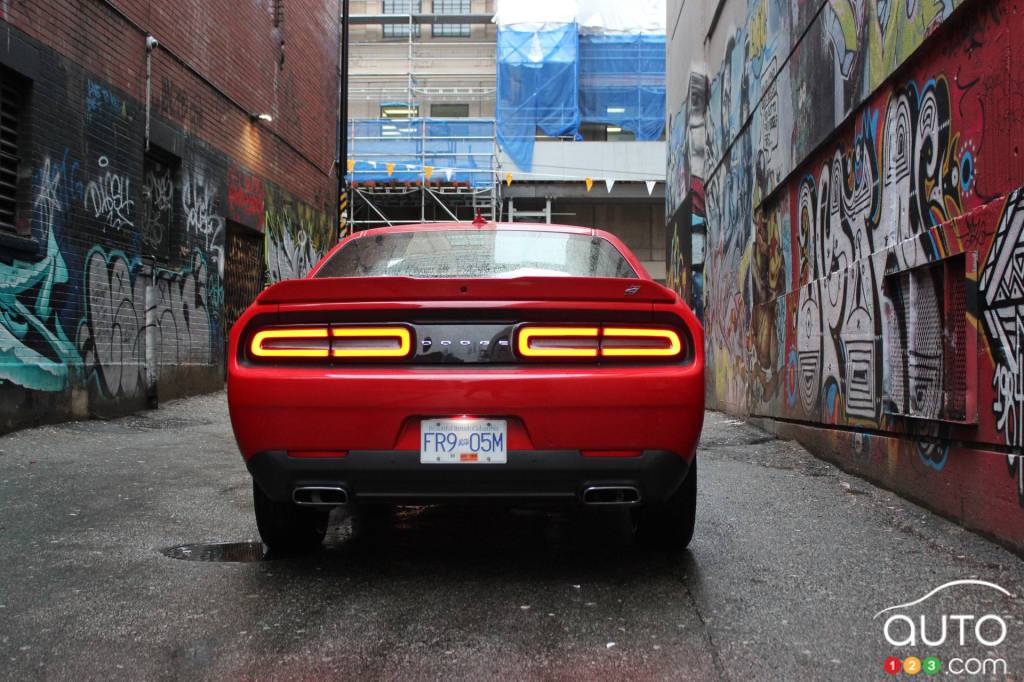 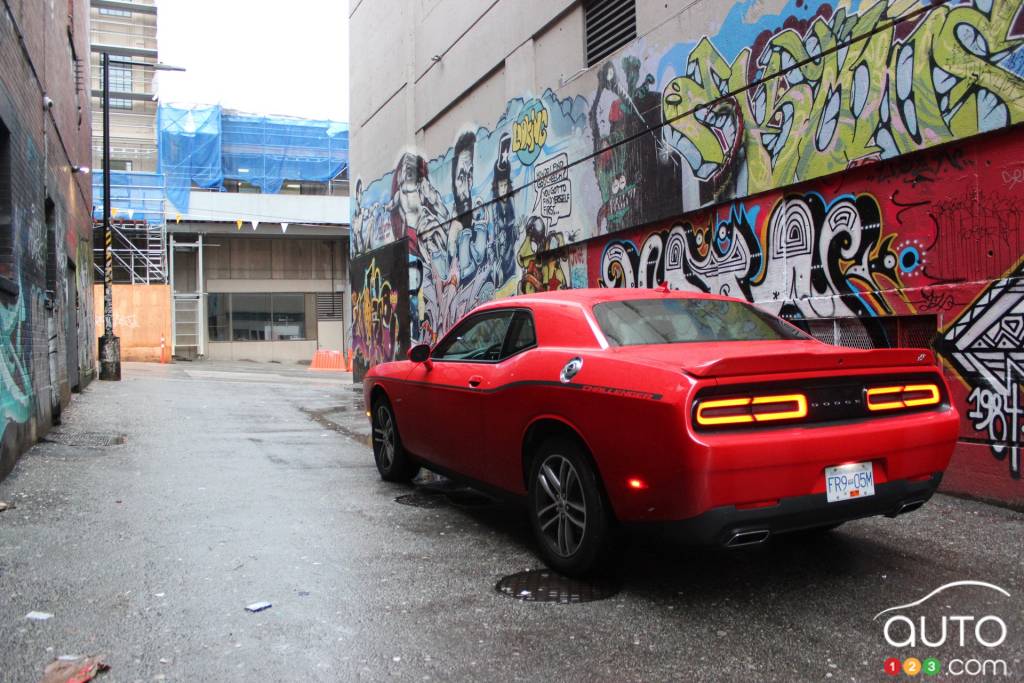 FCA's Dodge Division has unveiled the most powerful production car in its history, the 2018 SRT Hellcat Redeye Challenger in Chelsea Michigan.

$1 Million for the Last Dodge Viper and Dodge Challenger ...

Last May, Dodge announced that the last Dodge Viper and Dodge Challenger SRT Demon to be produced would be sold as a pair in a Barrett-Jackson auction. The p...

We're currently living in the golden age of the muscle car. If you don't believe me, well, the 2018 Dodge Challenger SRT Demon has about 840 highly persuasiv...