Cars like the Subaru BRZ were born with one foot - or is that wheel? - in the tuning shop. This hot compact coupe, like so many that have come before it, was thoroughly intended from the start to serve as a template for the creativity and personality of its owner, held back only by the budgets and tastes of those behind the wheel.

The 2018 Subaru BRZ tS posits that there are perhaps a handful of customers out there who would prefer to let their factory take a crack at the current tuning zeitgeist and deliver a fully-formed, pre-modified example of the car that comes with a full warranty and doesn't require any interaction with the disciples of Paul Walker. It also suggests that this same cohort of would-be buyers wouldn't mind paying a hefty premium for the privilege, as long as its price is paired with a limited production run.

I'll take one of everything
The virtues of the BRZ have been explored ad nauseum since it first hit the scene several years ago, and they remain in full effect with the tS: a relatively lightweight, rear-wheel drive design with a communicative chassis, good steering feel and a nimble character that allows it to feel fun alongside real world rivals with twice its 205 horsepower.

What Subaru's latest edition, the 'tuned by STI' coupe, brings to the table is more, more, more when it comes to grip and suspension. Ultra-sticky Michelin Pilot Sport 4 tires (215/40R18) take the place of the spin-happy Premacys it rides on in standard trim, and their ability to hug the pavement is aided and abetted by Sachs shocks and springs, a strut tower brace up front and a number of aero add-ons - including an enormous, adjustable rear wing - that bring downforce into the picture should you happen to launch the BRZ down an Olympic-level ski jump. 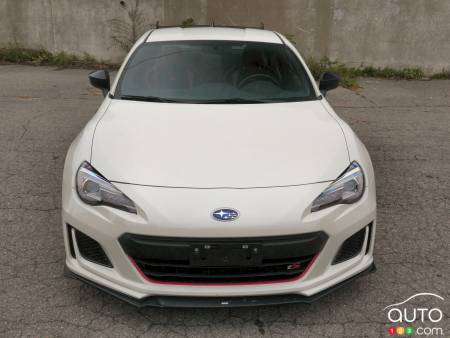 The need for extreme gravity assist to fully activate the BRZ tS' wind-tunnel promise isn't entirely a joke, because notably absent from the list of improvements made to the car are any changes made to the mechanical bits under the hood. Its 2.0L 4-cylinder engine continues to match the output of every other model in the BRZ family, torque remains at 156 lb-ft and a 6-speed manual gearbox is standard.

An Effective Package
It's clear that Subaru Technica International is aiming this car exclusively at enthusiasts, and beyond those who want to style and profile under the glory of its trunk-mounted bookshelf, it's more specifically intended for track enthusiasts willing to embrace the potential of a momentum car rather than bench race stat sheets online.

From that perspective, the BRZ tS is largely a success. Aside from the cosmetics associated with its blacked-out rim, chin and side spoilers and (adjustable) wing, there's little on the vehicle that comes across as superfluous for the lapping set. The suspension updates render the tS choppier than the base BRZ over rough pavement, and the sport seats won't make any friends with the Burger King drive-thru crowd, but those details aside, the car is remarkably easy to live with day-to-day.

During the colder mid-fall temperatures that marked my week with the Subaru, the Pilot Sport 4s were willing to break free a little earlier than one would expect on a hot lap, but the two-door remained remarkably predictable and definitely enjoyable to push past the point of traction. To be honest, 205 horses has always been 'enough' power to render the BRZ fun to drive, and that remains the case even with this more sharply-focused example. 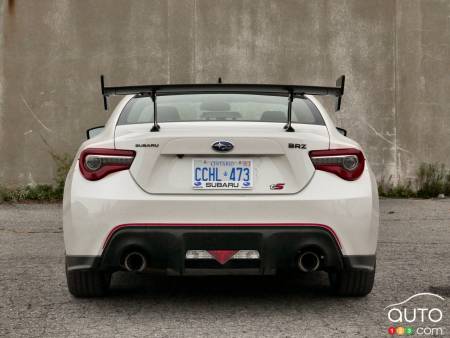 You Can't Spell 'Value' With 'tS'
If you want more power, of course, you can always head to the aftermarket and avail yourself of any of the supercharger or turbocharger kits offered for the BRZ's direct-injection four. By the same token, those same vendors will also hook you up with all manner of chassis bits if you want to replicate the suspension experience offered by the tS at a substantially lower price.

With an MSRP of $37,395, you're paying nearly 10 grand above a base BRZ for the benefit of STI goodies and a healthy dose of convenience features (remote entry, push-button start, navigation, etc), plus bragging rights that you've snagged one of 100 tS models available in Canada. Take the same amount to a third-party tuner catalogue and you can easily best the tS' performance for less - and if you want the cool STI logo all over everything, you can even stock up on most of the car's gear straight from Subaru.

The point of the 2018 Subaru BRZ tS, however, is that it's already done for you - and done well, with no worries that Gus down at BBQFTW Tuning forgot to tighten a key bolt holding everything together. If you can stomach the price, then peace of mind, an exclusive serial number, and a wing you can have lunch on are so much gravy for the compelling tS package. 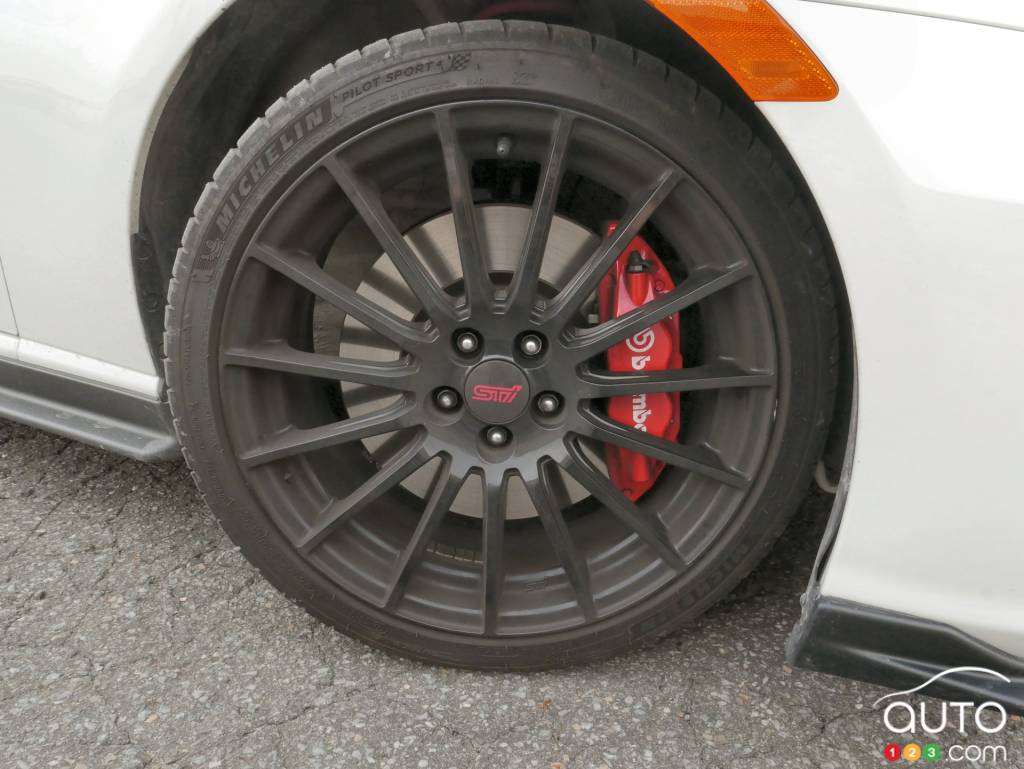 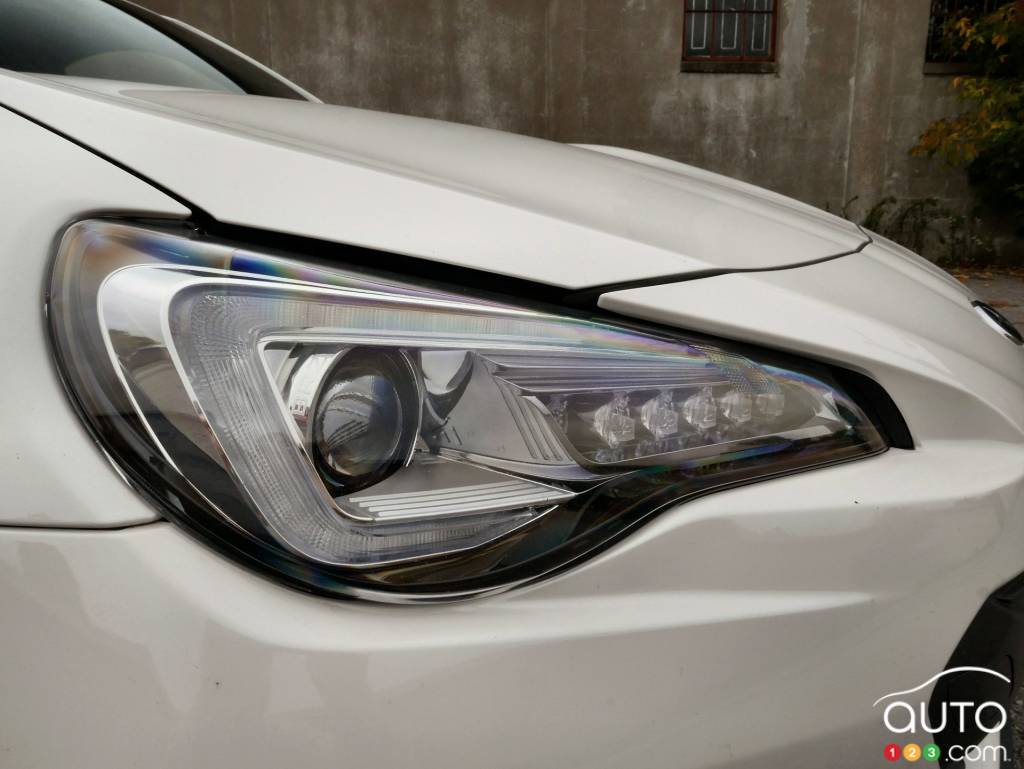 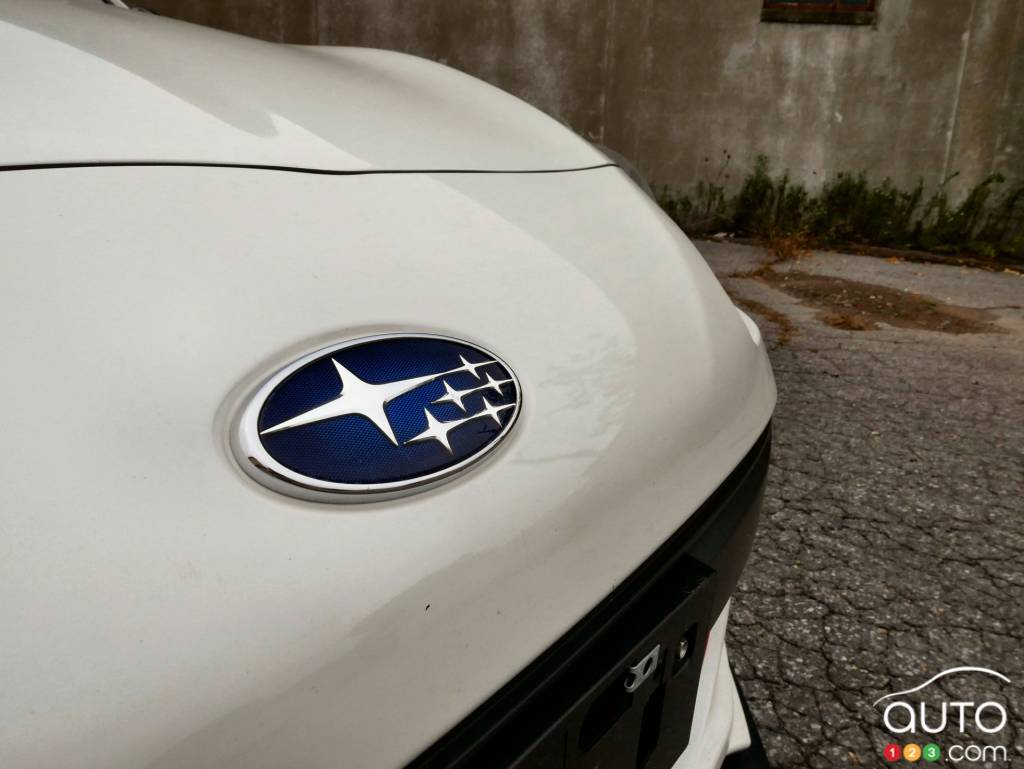 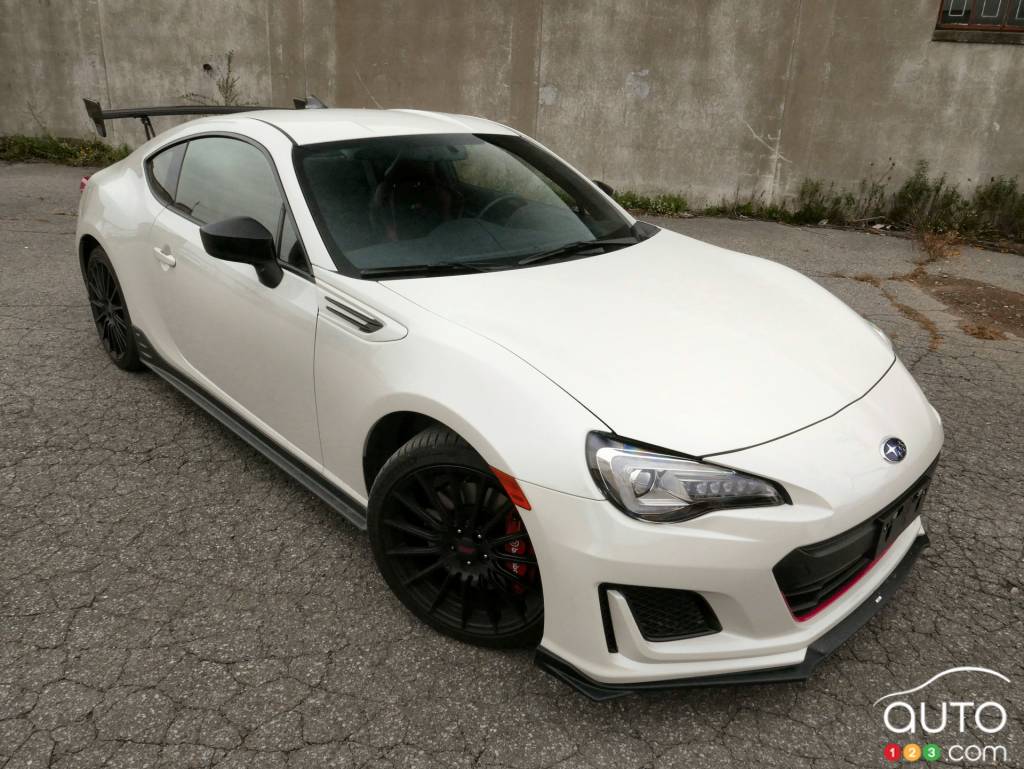 These two new models will be available in Canada in early 2018, designed specifically for higher performance and intended for those who are true driving enth...

Power boost for the next Toyota 86

According to a report in The Japan Times, the next-generation Toyota 86 and Subaru BRZ will see their 2L 4-cylinder engines grow to 2.4 litres for a boost in...

The new Subaru BRZ tS enhances handling and response over the standard BRZ. Limited to 100 units, it will go on sale at Subaru dealerships across the country...