We reported a couple of weeks back on the reason Toyota is not planning a turbo-based setup for its 86. Now, it seems as though the company is working on giving its popular former Scion model a boost in power for its next generation, due in 2021.

According to a report in The Japan Times, Toyota and Subaru (with whom the 86 was originally conceived; the Subaru BRZ is the 86’s twin) have agreed to pump up the 4-cylinder that serves both models. The 2.0L engine would thus become a 2.4L. There is still no talk of any turbo engine in the works, however; Toyota has explained that the car’s architecture could not accommodate a turbo engine without affecting the weight balance of the vehicle.

The new engine being developed will contribute to lowering the two models’ centre of gravity, already one of the vehicles’ strong points and a quality that has helped it gain many fans on the market. It’s safe to say that the next generations of the 86 and the BRZ will offer even more impressive road handling than they currently do. 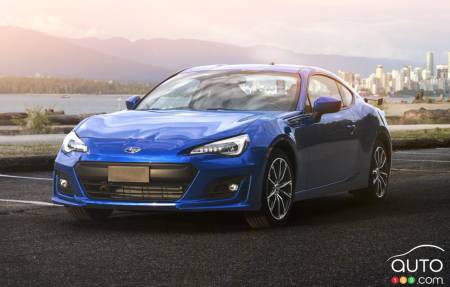 On Subaru’s part, the company explains that its BRZ will be fitted with the most advanced available safety features, for example automatic emergency braking. Of course, three years is an eternity in the automotive domain, so trying to guess at this stage what the final models will look like or come with and how they perform is a fool’s game.

We’ll be following developments closely; these two sporty models were really too of the nicer surprises in their category in recent years. We expect great things.