Once upon a time the favoured choice of consumers in the market for a bit of sportiness in a category of reasonable cars, the Mazda3 has – like many others – taken a beating in the stampede of motorists to the utility-vehicle segments over the past ten years.

Sales of the beloved little car have fallen alarmingly, in fact. What will happen to this compact car, so nimble, responsive and reliable, if no one buys it anymore? OK but before we all panic, let’s be clear that we’re not there yet, and Mazda has no intention – at least not yet – of killing its 3, especially since it’s just given the model a comprehensive overhaul for 2019.

I had the opportunity to test drive a GT version of the sedan, just after doing the same with an equally well-equipped Mazda3 Sport. The only difference between them really is the latter’s all-wheel-drive system, new for 2019. The sedan, for its part, is based on the same proven recipe that Mazda’s bene using for years, that is to say it’s a sedan with front-wheel drive managed by a 6-speed automatic transmission.

Specifications for the 2019 Mazda3

Compact format, really?
Like so many vehicles in so many categories, the Mazda3 has grown in size over the years. To the point where a few people who ventured to talk to me about the car I was driving for the week couldn’t get over the fact this is a 3. Even I, so used to driving the latest overgrown editions of cars, found myself thinking I was at the wheel of a modernized version of the first-gen Mazda6. But not so: In fact, a bit of research revealed that the new Mazda3 is wider and taller and has a longer wheelbase that the 6 sedan of the 2000s! Only in terms of total length is the new ‘compact’ smaller than the first ‘mid-size’ 6. Tells you a lot about the way vehicles are becoming ever-larger.

The KODO influence
In a few short years, Mazda’s design department has managed to the company’s product range a whole new identity, and the Mazda3 is the latest to get it. The transformation that actually began with the outgoing 3 continues with this fourth generation, which I find to be particularly alluring in the sedan format. I can’t say I’m as big a fan of the sport (hatchback) version – in my view the C pillar is simply too large – but this GT edition, with its 18-inch wheels, shows a more-mature Mazda3 than it was just a few months ago.

The front portion, with its wider front grille and light clusters, is still sober-looking with the usual fog lights. Towards the back, the elevated beltline joins the chromed strip that serves to contour the windows. Once again I should highlight the purity of the lines, as apparent in the back as in the front. As Mazda has been eager to repeat at every occasion for a few years now, the medium-term objective is to enhance the brand image by making Mazda vehicles more refined and better-constructed.

There’s no doubt the new 2019 Mazda3 goes a long way to accomplishing that, but there’s still some ways to go, for example in the way the doors close. The sound you get when shutting the doors is the sound of a lower-end mass-market car, not of a premium car. Part of this arises from the SkyActive philosophy (ie, the lightness of the doors), but I still think the manufacturer can improve on this detail.

And the interior?
That impression is reinforced elsewhere in the interior: Mazda is desperately trying to boost its image by delivering an environment that evokes those of the German sedans. In its press release, the automaker claims to have added more padding in the front-row seats to increase comfort, and in that respect I call their efforts successful. It also seems to me that much effort has been made to make the surfaces as soft-touch as possible, for instance the door panels, dashboard and central console.

The steering wheel is also worth a mention; it’s pleasant to hold as we’ve come to expect from Mazda, a master in this detail for many years now. The optimal seating position is easy to find thanks to the power adjustments possible and the telescopic steering-wheel column.

I very much like the trapezoidal shape of the central screen, which like in other Mazda models is easy to navigate through, in good part thanks to the big turn knob and neighboring buttons (as well as a small volume button for the audio system on the right side of the console). A word about the glossy black surface between the two front-row occupants: that surface will wear out prematurely; even my tester already had a few scratches there.

Comfortable as the front seats are, and as full of functionalities that row is, the back seats remind you you’re in a Mazda compact car. Other than the central armrest and the levers to open and close the windows, there’s very little going on in this part of the cabin. Looking for a USB port? A central climate control vent? Nope. Just a 60/40 fold down bench, although it is pretty well-padded and so won’t do much harm to butts and backs on longer road trips.

Driving pleasure 101
I could go on a rant about how even the Mazda3 has been lessened by the removal of the manual-gearbox option, but I’ll hold back. It’s just a reality that the move to all-automatic, all-the-time is accelerating, even in an agile, fun-to-drive compact like the Mazda3. And despite the absence of a third pedal, the GT sedan hasn’t lost its shine when it comes to driving pleasure. In an urban context, the car is a civilized machine, the automatic transmission working effortlessly and discretely. Engaging Sport mode does change some setting to make the powertrain nervier in its responses.

On the other hand, push the Mazda3 a little and it responds wonderfully. The steering is just crisp enough (without being overly heavy), the suspension finds the sweet spot between comfort and sportiness, and the braking is always alert. I even had occasion to try the intelligent braking assist system when a school bus stopped suddenly at an intersection. I had let up the brake pedal since the bus had started to move again… before it braked hard suddenly! The system took me by surprise and stopped the Mazda3 sharp.

As for the 2.5L 4-cylinder engine, output (186 hp) and torque (186 lb-ft) are sufficient to handle what you’ll put your Mazda3 through on a daily basis. It’s true that the gear available from the automatic transmission seems sparse in this age of 7-, 8-, 9- or even 10-speed transmissions, but this little 6-speed unit has the merit of being very well-adapted to the 2.5L engine.

The last word
I came out of my weeklong drive of the 2019 Mazda3 with a mixed bag of impressions. There’s still work to do in terms of overall quality, there’s no doubt of that. But the most important thing is that the 3 retains its soul, even as it continues to grow in size. The driving nut in me wishes ardently that Mazda would put together a spicier Mazda3, under the Mazdaspeed banner, say, but the realist in me is not holding its breath. The brand has other fish to fry right now, namely to switch its fleet and tech to clean energy. And to that end, we’re all anxious to see the SKYACTIV-X powertrain! 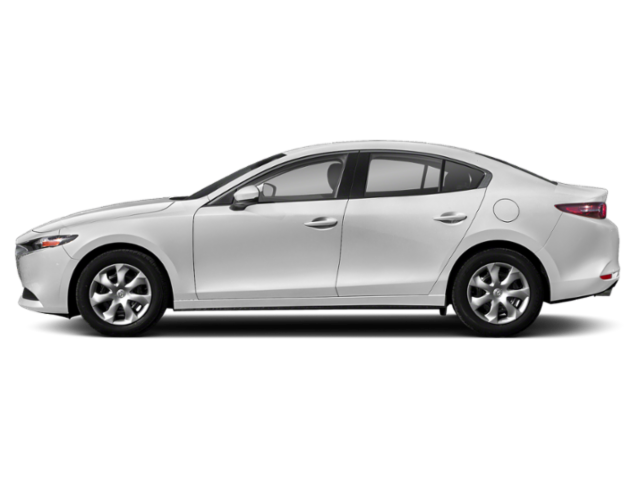 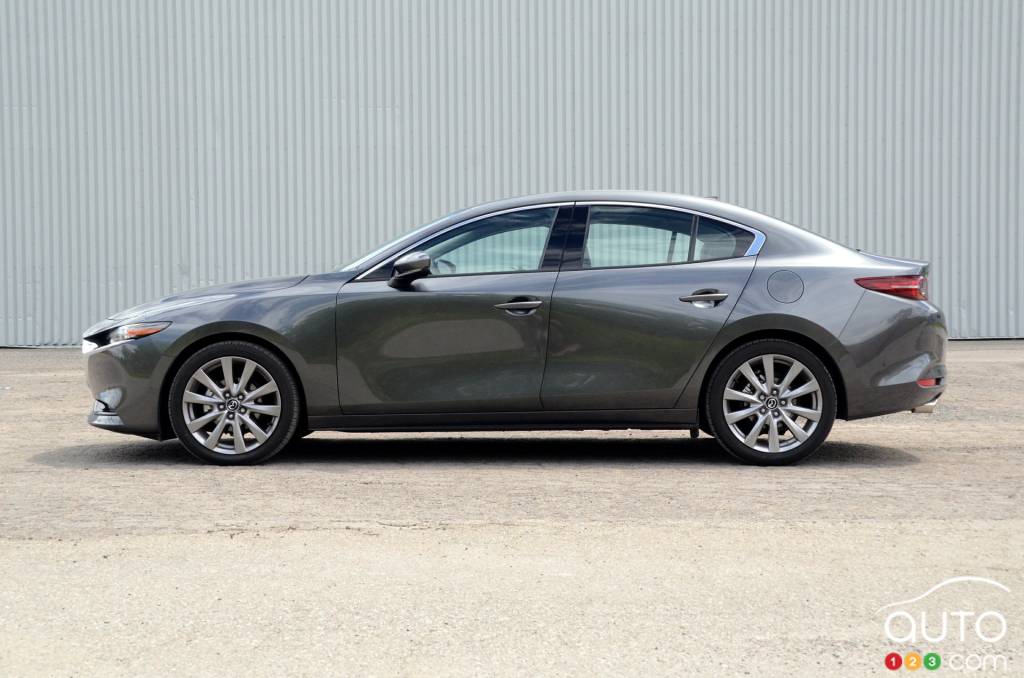 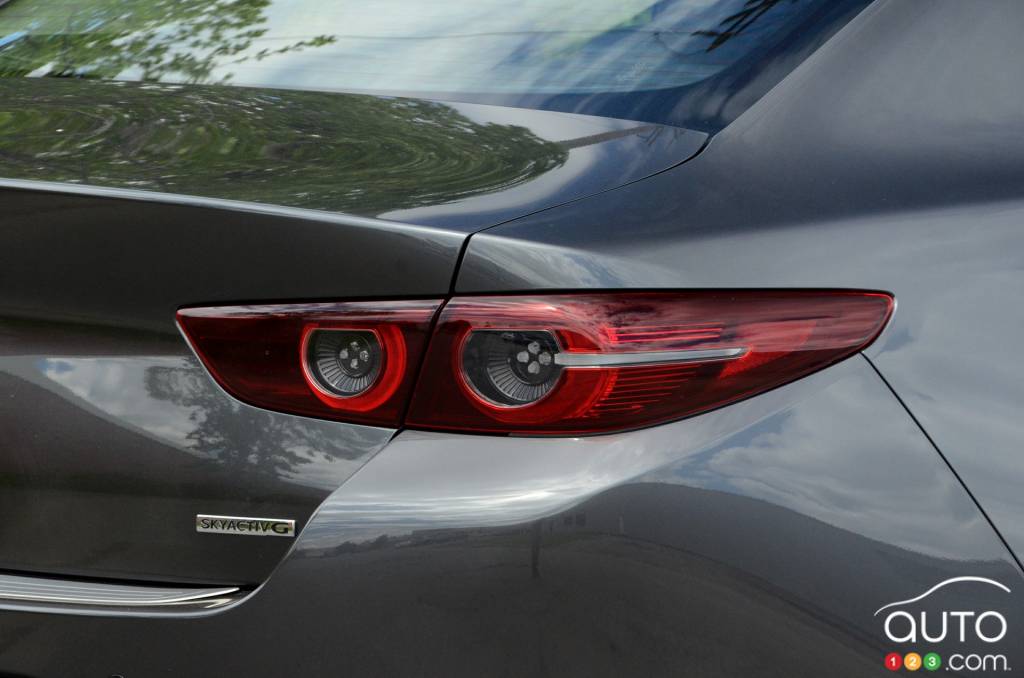 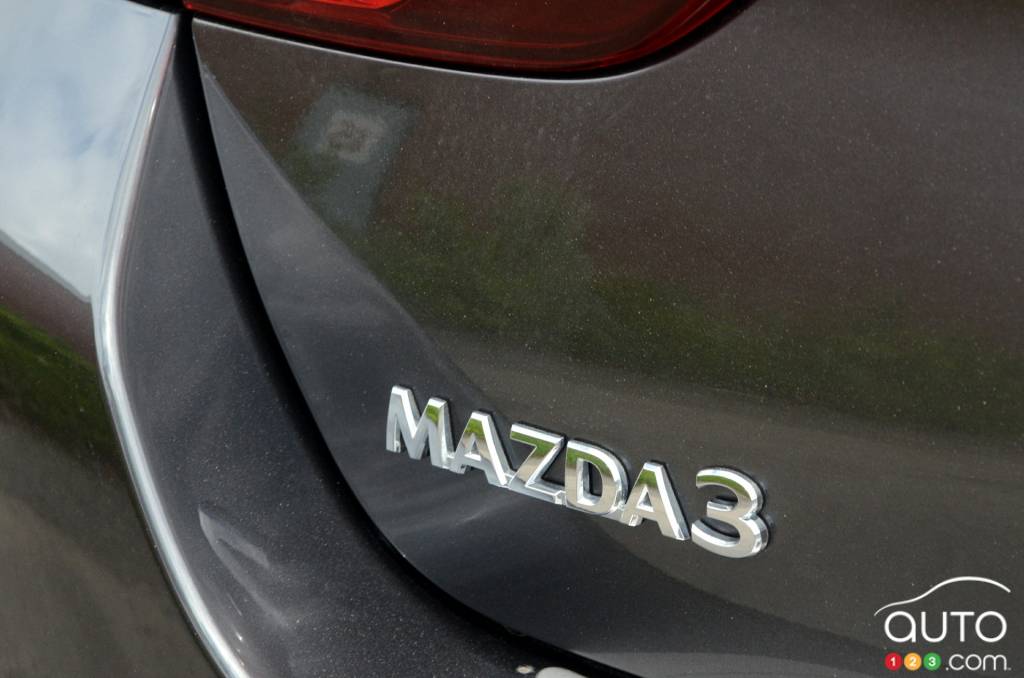 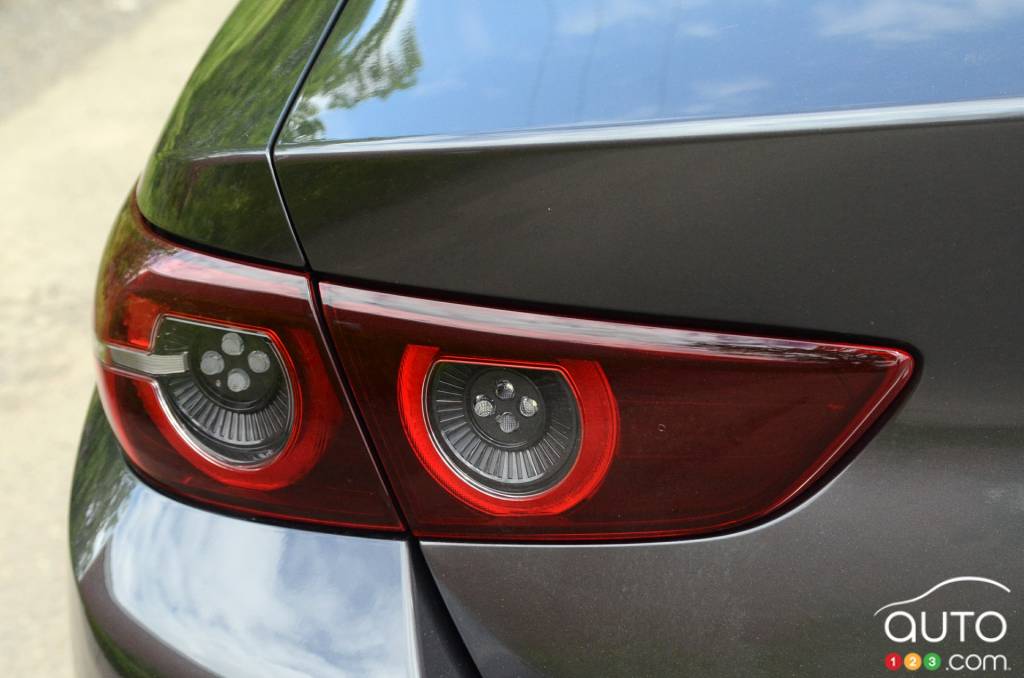 While we await the next generation model of history’s best-selling car, the 2019 Toyota Corolla remains a car of many qualities even if many of those place i...