•    The small SUV gets snazzier in terms of styling and details and is replete with modern tech.

Thermal, CA - I’ve always liked the X1. I liked how it brought the styling of a sporty wagon with the elevated ride height and practicality of a crossover in a way that the ultra hot-selling X3 never could. I liked how I could get a practical, affordable BMW, and I liked driving a vehicle that not everyone else had.
The X1 was getting a little long in the tooth, however. The plastic cladding seemed less and less BMW, and more and more Subaru Outback, the wheel choices didn’t wow and the headlight shape was somehow soft when compared with the rest of the lineup. It was time for a change, and now it’s got one. Photo: BMW
2023 BMW X1 - Exterior design
Outside
The headlights get a new design, the kidney grille is even more pronounced than previous and the black trim running along the rocker panels, over the wheels and down on to the lower splitter elevate the X1’s appearance. That’s further helped along by the silver wing mirrors and other inserts.
Add the optional two-tone 19-inch wheels my tester came with (18-inch wheels are standard, and for the first time on the X1, you can spec 20-inch wheels) and the Utah Orange paint and the X1 is full value for its redesign. 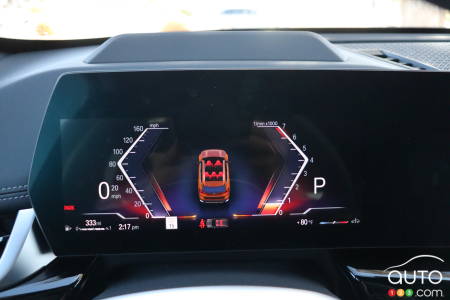 Photo: BMW
2023 BMW X1 - Dashboard
Under the hood
Not to mention the X1’s base MSRP of $48,725 will save you in and around 10 grand over the base price of an X3, even though it makes almost as much power and in 2023 actually delivers more torque than the 2022 X3 xDrive28i.
That X3 model won’t be available for 2023 – only the six-cylinder X3M Competition, xDrive30e and xDrive30i models will be available – and the X2 is also gone from Canada. What that means, thus, is that if you want some peppy and fuel-efficient 4-cylinder turbo power from your compact BMW crossover, then the X1 is your only choice.
For 2023, the X1 makes 241 hp and 295 lb-ft of torque with its one and only powertrain possibility. And my-oh-my, does it ever look good while doing so. Photo: BMW
2023 BMW X1 - Interior
Inside
Here the change from 2023 is perhaps even more evident thanks to a dominant curved twin display for the gauge cluster and infotainment. Not only is it curved, it’s also frameless, so it appears to float above the dash and gives the cockpit as a whole a airier feeling.
One thing you won’t find anywhere in the cockpit on any X1 model is a gearlever or an iDrive wheel. The former has been replaced by a small switch while the latter is no longer needed, because everything it used to do is now controlled either via touchscreen or “Hey, BMW” voice interaction. That comes with BMW’s new iDrive 8 infotainment system.
It’s a tiled interface, meaning you can swipe the various widgets around the display to ensure that you have your most used apps front and centre.
It’s also there you get to experience the optional augmented reality (AR) navigation system. Essentially what you get with AR navi is a camera that looks at the road ahead and displays an image on your screen. Then, as instructions come up, arrows appear on the display telling you where to turn and guiding you through once you arrive. The X1 may be a little late to the party with this tech, but that doesn’t make me appreciate it any less. Photo: BMW
2023 BMW X1 - Carseat
Space-wise, the lack of a shift lever has opened up the front seat area, while the tall roof means rear seat headroom is far more generous than you’d think. Those with longer legs, however, will have to deal with canting their knees out for the most comfortable seating position as the second row does not slide back and forth.
Losing the shift lever is a compromise, of course. For some, it just means losing the place they like to rest their hand. More tragically to some, no shift lever also means no manual mode – sort of.
As it happens, on my base tester that is the case. There are no buttons, no paddles, no nothing that allows you to swap cogs on your own, though there is an “L” slot that allows you to cycle through gears. If you spec the M Sport package, however, you get a pair of paddles sprouting out from behind the wheel.
Seems BMW figures that X1 buyers are split into two distinct groups: those who are more into the driving dynamics, and those who are more into interior space and tech and don’t give a hoot about swapping cogs themselves. Photo: BMW
2023 BMW X1 - Wheel
On the road
I consider myself firmly in the former category. I want my German-bred crossover to drive like the Germans have always known how, and that means a responsive powertrain, precise steering and handling that sits just on this side of aggressive.
When it comes to the powertrain, the 7-speed dual-clutch is actually quite the cracker, whether you have paddles or not. BMW says there are actually two “sub-transmissions” within the same housing, meaning the next gear is pre-selected so changes happen that much quicker and more smoothly.
The result is a crossover that feels faster than the on-paper figures suggest. There’s precious little delay from tip in to axle response, as the tires hook up lickety-split and have you zipping down the road in short order. Then, once you get going, that fast-acting transmission takes over, doing its business with hardly any power interruption. It has the turbo engine feeling decidedly un-turbo-like in all the right ways. I enjoyed the nice, flat torque delivery with little turbo lag. 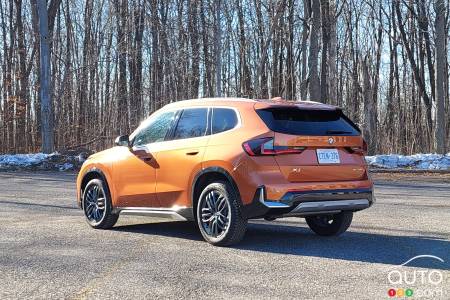 Photo: BMW
2023 BMW X1 - Three quarters behind
That’s all great stuff, but I was hoping that for 2023, BMW would find a way to give the X1 a little love from its M performance department. Not necessarily a full-bore M model like the X3M – not sure how much of a market there would be for an X1 in that vein -- but perhaps something along the lines of the X3 M40i, that is to say a “performance-lite” take on the X1.
As it stands tight now, the $2,700 M Sport package is the closest you’re going to get, and while it adds those paddle shifters and adaptive suspension, power remains the same.
The X1 rides higher than does the 3 Series station wagon we don’t get and you do get a bit of squishiness as the body rolls through turns. It’s not something that will have rear seat passengers jammed against the belts as they slide to and fro, but you do feel it.
Part of that is because the steering is just so darn responsive that smaller twists of the wheel lead to more reaction from the front wheels. That means more rotation from lock, which can lead to some unexpected roll. Photo: BMW
2023 BMW X1 - Back
The final word
That’s no deal-breaker, however. For 2023, the X1 maintains all that stuff I’ve grown to love over the years – tall wagon styling, generous interior room for its size, car-like dynamics – but has added some much-needed flare in terms of styling and details. Add an interior fit with so much of the modern tech the latest top-spec BMW models get and the X1 id full value for 2023.
We like
Refreshed styling
Good interior tech adds
Handles like a car, not a crossover
We like less
Lack of powertrain choices
No proper manual mode on base models
The competition
Audi Q3
Cadillac XT4
Land Rover Discovery Sport
Mercedes-Benz GLA-Class
Volvo XC40 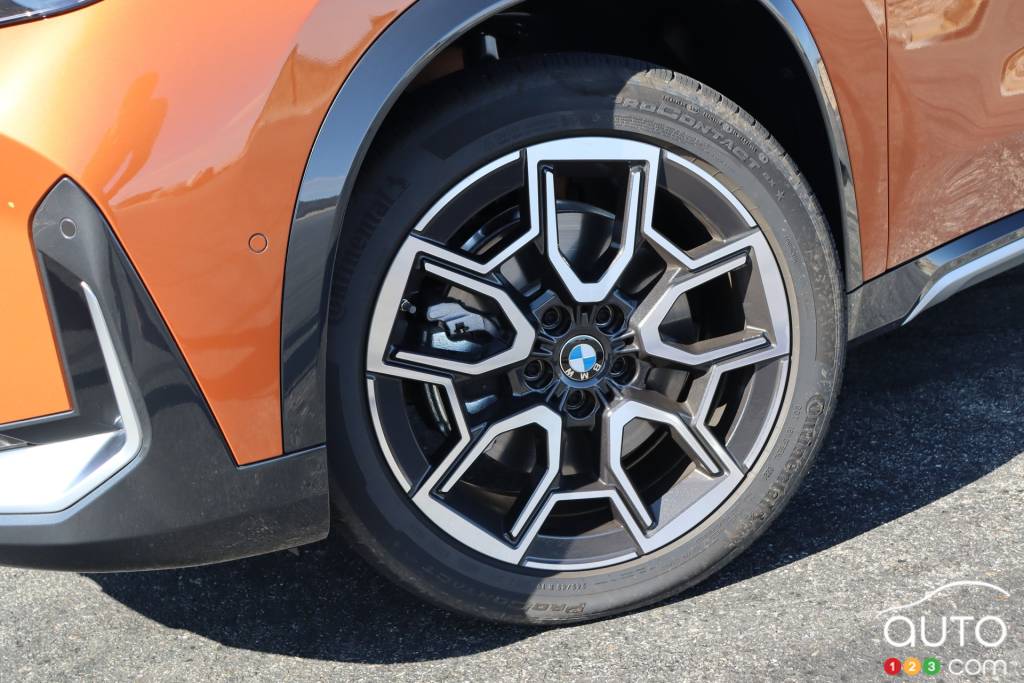 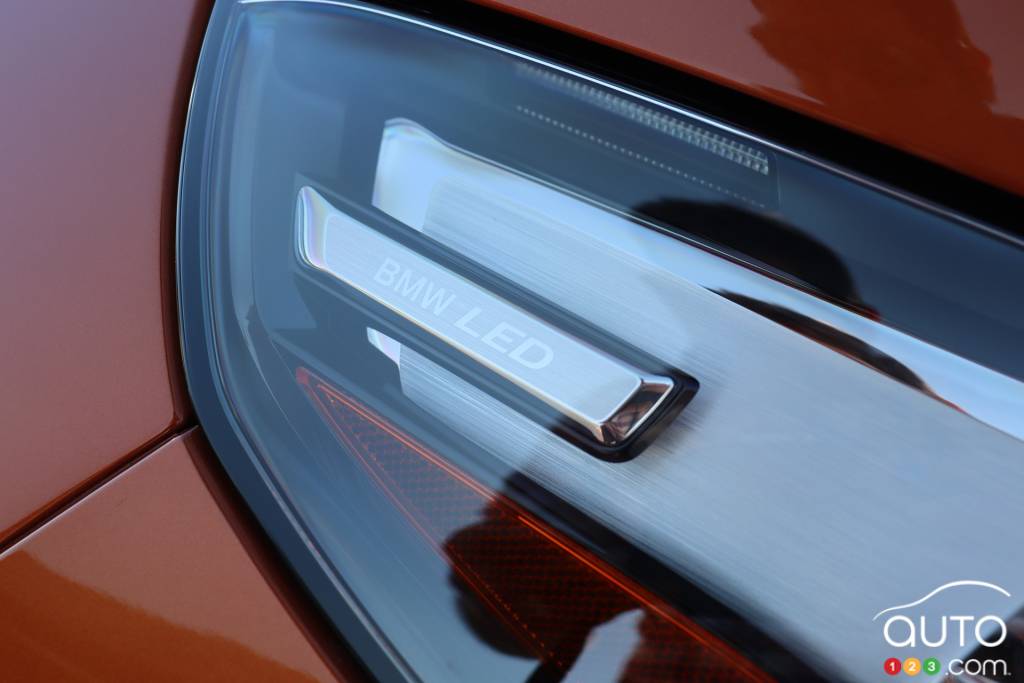 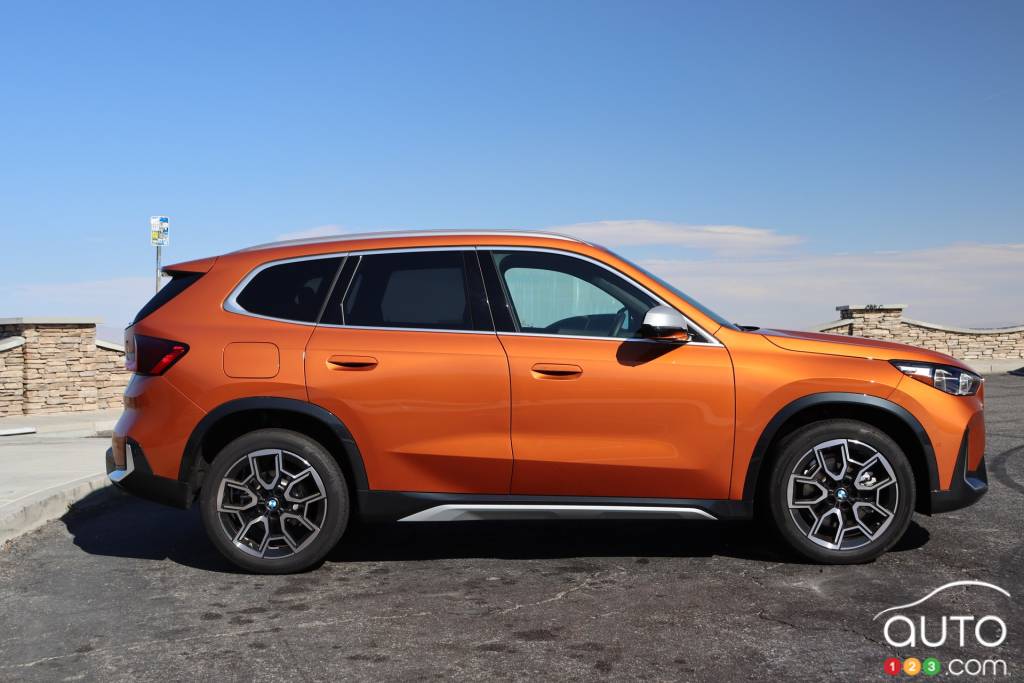 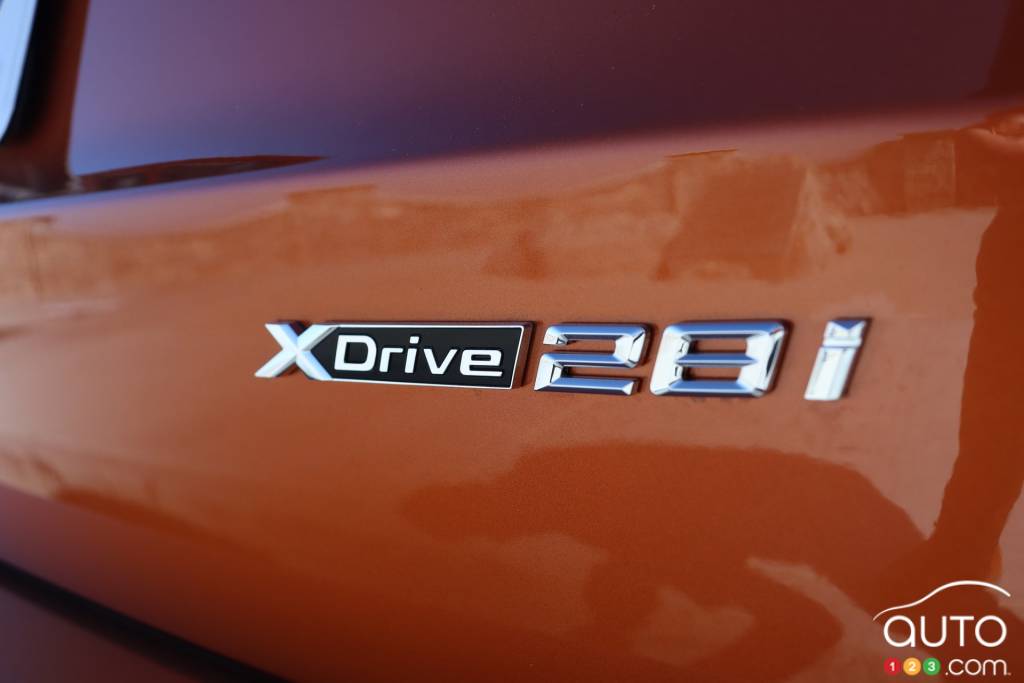 The all-electric 2023 Mercedes-Benz EQS SUV dazzles inside with its super-refined and tech-laden environment and massive screen(s), and sets a standard for e...

We review the 2018 BMW X1, runt of the company’s growing SUV/crossover litter. Small(ish) it may be, but its strong driving dynamics, user-friendly interior ...