Even luxury compact sedans are not exempt. Sales have been dropping for three years, obliging automakers’ strategists to redouble their efforts to hold on to their clientele.

Take INFINITI. This year the Q50 sedan lost its 3.7L naturally aspirated V6 in favour of three different engine offerings, without counting the almost invisible hybrid model. The base model comes with a 4-cylinder turbo take from partner Mercedes-Benz’ catalogue, while the other two trims add two cylinders and a pair of turbochargers to boost power to 300 and 400 hp.

Between the middle-brow Q50 and its high-falutin’ Red Sport sibling stands that 100 horses and… $4,700. At first glance, this extra cost can seem exorbitant, but in fact INFINITI is asking for more or less the same amount to climb from the 4-cylinder to the 300-hp V6. Really Nissan’s luxury division is just applying the same strategy increasingly in use throughout the industry: vary your product offering to please as wide an audience as possible.

I recently had the opportunity to drive the two V6-equipped Q50s; the one-two punch convinced me that the automaker still knows how to put together a genuine sport sedan.

Does that INFINITI design do it for you?
A bit like Lexus in recent years, INFINITI has managed to find its way in terms of design, leaving behind a few years where its stable of models lacked homogeneity. For sure, the windows’ irregular curves and the dramatic grille are not to everyone’s tastes, but there’s no denying that the INFINITI makes a clear statement – and that is a plus.

Of the two models I tested, the Red Sport edition is clearly the more expressive, what with its Dynamic Sunstone Red colour and the anthracite grey accents. But the Sport version is no slouch either thanks to its bold hood and 19-inch wheels that perfectly fill the space under the hweel arches.

A fine-tuned interior
The same story applies inside. Although, the Red Sport does not quite measure up to the BMW M3 and Mercedes-AMG C 63, for example. The upholstery is not as enveloping as in those German models, even if the Red Sport is more welcoming than the Sport edition with its red stitching and diamond motif on the seats. The Red Sport also comes with red stitching on the steering wheel as well as elongated paddle shifters for manually shifting the automatic transmission’s gears.

For the rest, the Q50 hews fairly closely to the sedan as it was introduced in 2015. The dashboard still features two touchscreens, the lower one serving to control the navigations displayed higher up. Fortunately, the model’s designers retained some buttons amid the touchscreen space. The overall quality of the interior is definitely higher than in the previous generation, although once again, it suffers when you compare it directly with its Audi and Mercedes-Benz rivals.

Your ideal driving position is easily attained thanks to the multiple power-adjust commands. Both front-row occupants get to enjoy super-soft seats, a definite plus on longer road trips. In back, space is limited, as it is in most sedans in the segment. The Q50 is spared another common affliction in the category, however: I found that my view out the back was not restricted.

At the wheel of both Q50s
Now I was going to pick a favourite among what are, in my view, the two most interesting of the available Q50 versions. Not that the 4-cylinder-equipped edition is anything to sneeze at, it’s just that for purists, the INFINITI Q50 (formerly sold under the G35 and then G37 monikers) is a buffed-up version of the Nissan Skyline model sold in Japan. In other words, the Q50 has to be sporty, and the presence of a twin-turbo V6 under the hood is reassuring news for those who like sustained accelerations.

Let’s be frank: in everyday city traffic, an engine able to deliver 300 hp is not even relevant. But when you take the onramp onto the highway and the road opens up, it sure is nice to have a 3.0L twin-turbo V6 at the service of your right foot.

As you might know, INFINITI said goodbye to the manual transmission when the model was fully redesigned. The only gearbox now available is the 7-speed automatic, which does its job perfectly well. Not quite like a sportier dual-clutch would, but still…

Continuing in the frankness vein, the 300 horses available to the Sport edition are more than enough, 99% of the time. The INFINITI Q50 Red Sport is, however, a much more explosive car when the turbochargers kick in. In fact it’s almost a frightening experience to floor the accelerator. Thank goodness for the able braking, and for the dynamic suspension that represents an excellent compromise between road handling and comfort. If there’s any discernible difference between the two versions, it lies with the smoothness of the ride. The Res Sport comes across more sharpened in comparison with the Sport edition, perhaps due to those larger alloy wheels and the low-profile tires.

Unfortunately, the steering in both the Q50s is still too flabby, too disconnected from the road. Steer-by-wire technology is all well and good, but the sensation you get gripping the wheel doesn’t go with the character of this sport sedan. In this respect, INFINITI could do better.

Conclusion
If I had to answer the $4,700 question and choose between the two editions of the Q50, I would have to go with the Red Sport, which is attractive enough in looks and performance to warrant the extra cost. At $52,000 and change, the sportier version is not outrageously expensive, especially when you consider the punch that its powertrain gives you. The more-rational shopper will opt for the Sport (or even the 2.0T-engine version). For driving enthusiasts, however, it’s a no-brainer. It’s the Red Sport one (actually available in several colours) they’ll drive away in! 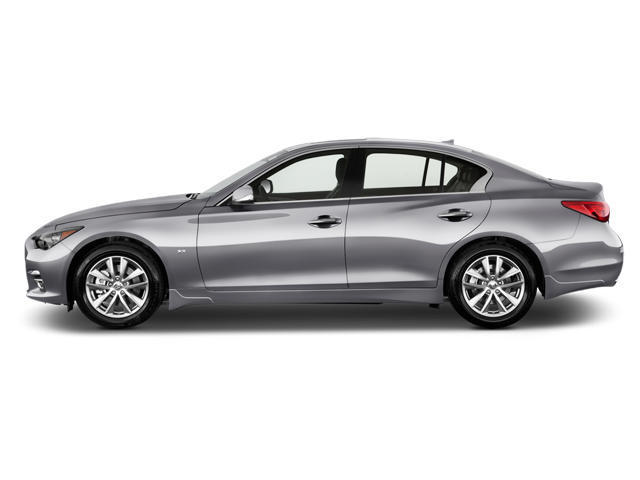 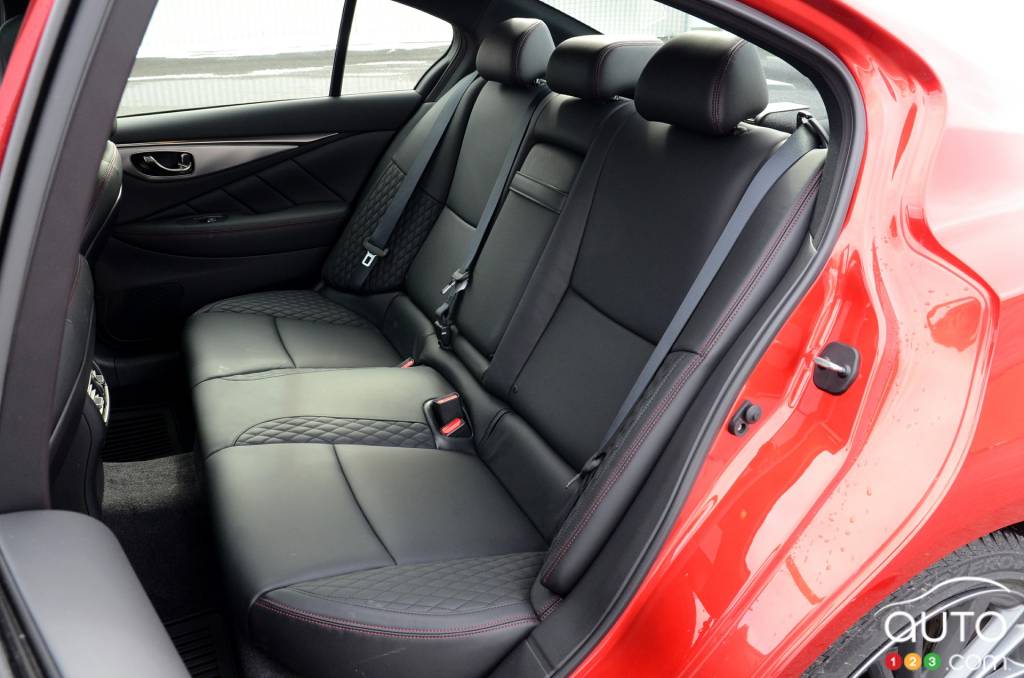 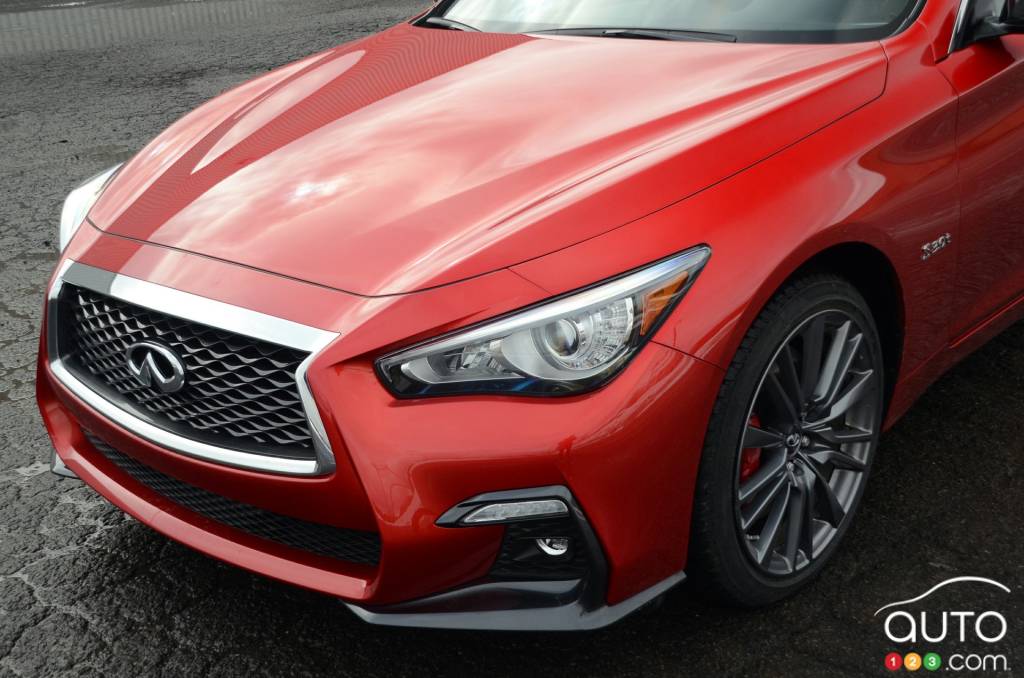 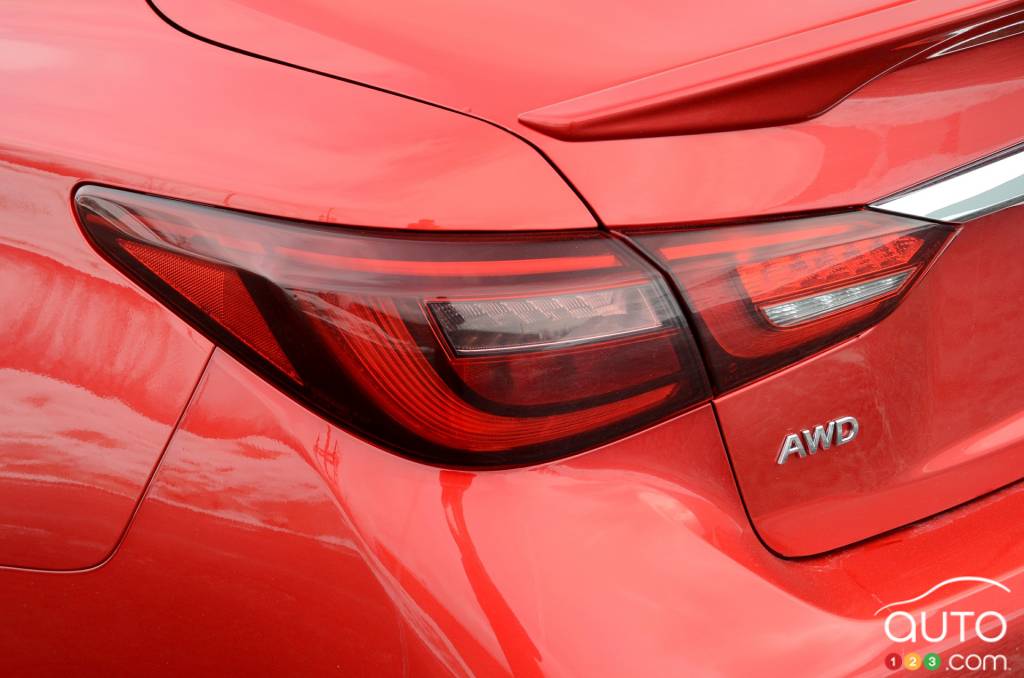 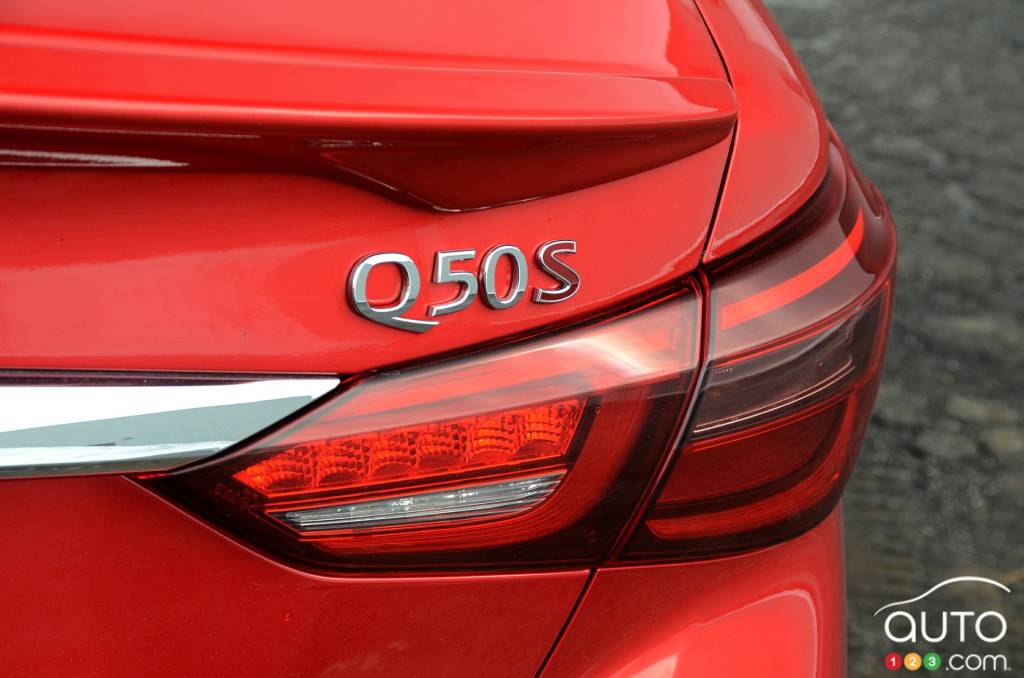 How to choose between the 2020 Acura TLX and the 2020 Infiniti Q50? Auto123 compares two sporty-ish Japanese sedans fighting for space in a segment dominated...

Check us out this coming week on Auto123.com. We’ve got the latest news and unveilings, first drives and reviews of the latest models and much more. This wee...

This entry-level Infiniti sedan may very well be the best, most intelligent purchase you can make at one of the brand’s dealerships. Here's why.