Honda has given most of its Civic lineup a facelift and some equipment upgrades for the 2004 model year and is charging buyers $100 more per vehicle for all that.

According to Richard Jacobs of Honda Canada, the best-selling passenger car in Canada for the last five years (pickups and minivans have been selling better lately) has been given a new look that is ''sportier, more aggressive and distinctive.'' 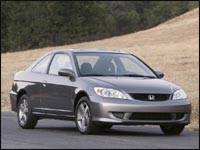 More than ever, Jacobs says, the front ends of the coupe and sedan are different, with the two-door getting an even more aggressive look than the four-door. Both models get new headlights, bumpers, grilles and hoods.

The most significant of the changes for the 2004 Civic Sedan include the availability of Honda's race-bred VTEC system, which was previously unavailable in this mode. 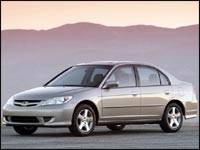 The new Si Sedan trim includes the more powerful four-cylinder engine, adds 15-inch tires and includes such amenities as a power moonroof and carbon-fibre-look trim on the instrument panel and front console. 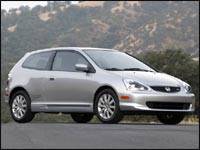 Both models come in a wide variety of colors and trims, Jacobs says, and both ''offer tremendous value to the consumer and include a long list of standard features.

The Civic Hybrid is Honda's second attempt at mass-producing a hybrid gas-electric car for the North-American market. The first attempt, still on Honda's ro...

With the sporty Type-R version now accounting for half of all Civic three-door sales in England, it's probably not a surprise that Honda is bringing out a fi...

Although you may not be seeing many on the road as of yet, there are far more electric cars coming our way than you might imagine. What is especially interes...