Back in 1989, Mazda introduced the MX-5 Miata to the World. This car was a 2-seater roadster, a body style that had long since been abandoned on our market. It was an immediate hit even though it had a small 1.6L engine of only 116 hp. It was mainly praised for the way it drove. In 1994, the Miata received a 1.8L 4-cylinder that, like the 1.6L, was sourced from the Protegé. In 1999, the Miata went from first to second generation by receiving new sheet metal and a third power increase to 140 hp to the same 1.8L. There were a few complications with output evaluations in 2001 when Mazda claimed 155 hp but the real number fell to a more modest 142 hp. 2005 is the final year for the second generation of the Miata as 2006 now ushers in an all-new version known only as the MX-5.

The Miata has spawned many enthusiast sites, clubs and get-togethers. Die-hard fans have even gone so far as swapping 5.0L Ford V8s in the compact engine bay. Some have even managed to shoehorn a Chevrolet LS1 5.7L V8 into the same area. The admiration and love for this car is nearly unanimous worldwide as well over 500 000 units have been sold and delivered since 1990; a Guinness World record.

Styling
The 1990 to 2005 Miata has a timeless classic design that will always look good. It has evidently aged very well through sixteen model years and even if Mazda had not deemed it necessary for a total makeover for 2006, the car would still look current. Other than the addition and subtraction of colors and new wheels every other year, the Miata is near identical to the 1999 re-vamp. The key to this car is perfect harmony between the front and rear portions. The taillights complement the headlights which accentuate the shape of the hood and so on and so forth.

The basic design of the original Miata MX-5 was inspired by the British roadsters of the 50s and 60s. The MGBs, the Triumphs, the Austin Healeys and more specifically, the Lotuses served as a starting point for styling and driving characteristics. The result was clearly a triumph, to say the least, as the Miata spawned a revival of the roadster segment which brought to us such great cars as the Porsche Boxster, the Mercedes SLK, the BMW Z3 and the Honda S2000.

Built in Japan with care, the body panels were ideally aligned and the Titanium grey mica paint, the only color offered on the Mazdaspeed, was smooth and even.

The interior is obviously quite compact and given the car's exterior dimensions, the trunk could double as a lunch box. At a tad under 5ft 10" tall (I have personal height issues...); my frame fits perfectly behind the gauges. Even though the steering column is not adjustable for height, the wheel falls faultlessly into my lap. The slick-shifting 6-speed knob is mere inches from the wheel; ideal for rapid shifts. Heel and toe rev matching is made slightly more complicated by the total lack of space against the center console to allow any movement of the knee. The simplest way to match the engine revs is by rolling on the ball of the foot and thankfully the aluminium pedals are very close to each other.

The sport cloth covered seats hold the occupants in place as though it was a vacuum effect. Lateral support duties are shared with the door panel and the tunnel mounted floor console. The comfort level is good even on long trips although forget about stretching your legs.

As far as the controls for the accessories are concerned, unlike the exterior shape of the Miata, some of them are clearly from another time. The power-mirror adjuster is identical to the one that was found in my 1985 626 LX, which debuted in 1983. The Miata's gauges could not be any simpler and effective. The audio and climate switches are also of great straightforwardness. Fit and finish are very good.

The hand-powered soft top is light and easy to manipulate. Two latches need to be released et voila, the sky is the limit. It is actually possible to have a semi-normal level conversation in the car while cruising with the roof down.

Technical
As mentioned, the base engine is a DOHC 1.8L 4-cylinder that develops 142 hp at 7 000 rpm and 125 lb/ft at 5 000 rpm. The Miata Mazdaspeed, the performance model, features a turbocharged 1.8L I-4 cylinder that puts out 178 hp at 6 000 rpm and 166 lb/ft of torque at 4 500 rpm. Maximum boost is set at a conservative 8.5 psi. I would certainly like to experience what 11 or 12 psi could do... Transmission choices vary between a 5-speed and a 6-speed manual (6-speed standard with Mazdaspeed) and a 4-speed automatic. The Miata is a RWD vehicle, has4-wheel disc brakes and a fully independent suspension coupled to Bilstein shocks. The engine-speed variable assist steering requires only 2.3 turns from lock to lock. The Mazdaspeed includes a strut tower brace, 17" Racinghart alloy wheels, red-painted stabilizer bars and silver painted callipers. A Bosch rear locking differential and subtle front and rear skirts and deck lid spoiler complete the package.

On the road
The shifter has short tight mechanical feeling throws and the gearing is perfectly spaced for optimal acceleration. The brakes are quite strong and the pedal provides plenty of feedback. Repeated hard stops in a series of chicanes with elevation changes did nothing to the braking performance as fade never occurred.

The IHI turbo builds pressure leisurely up to around 3 500 rpm when the boost kicks in. Its 178 hp are served through a kick in the pants that many will appreciate. First gear is short. If you are taking off hard from a standstill, do not be surprised if you find yourself bouncing off the limiter once the turbo has spooled up. It is possible to upshift well into the powerband every time and manage a mid to high 6 second 0-100 km/h time.

The car's dynamics are tuned for a sporty ride that allows for tons of grip in curves. Over rough surfaces, the Miata will bounce and jerk only a little but it is the price to pay for such a nimble car. From memory, I do not recall that 16" wheel equipped cars had a smoother ride. Traction from the P205/40R17 Toyo Proxes R28 tires is immense. No amount of clutch and throttle manipulation will get the tires to spin more than a second or so. This car is a natural born switchback killer.

Like a sculptor carving their favourite shape, the Miata cuts its path along the road. There is no hesitation, no delay when the steering wheel is moved. Instinctively and instantly, the Mazda's chassis responds and heads in the precise desired direction. The car gives the impression that it has been forged from a single piece of steel as the rear end follows predictably and faithfully to any input from the driver.

Safety
The 2005 Miata has standard dual front air bags, available ABS brakes and seatbelt pre-tensionners. The NHTSA (National Highway Traffic Safety Administration) awarded the 2005 car 4 out of 5 stars (a good result) forthe driver and 5 out of 5 stars (a perfect result) for the passenger in frontal impacts. The IIHS (Insurance Institute for Highway Safety) has not crash tested the Mazda Miata.

Conclusion
Cars are all about emotions. It is actually the principal reason why we choose a car over another. Sometimes, we look at a certain vehicle and we feel attracted to it because of its looks or the way it drives. In the case of the Miata, every emotion applies to it. The only thing that can not be asked of it is to be the family vehicle.

The first time I test drove the car in 2000, I clearly remember waking up at 2 am to go back on the road for another drive. The Miata has always had a hold on me. This is still true to this day as the Miata is one of the best, least expensive and most invigorating driving experiences one can have. With the top down and driving around with your favourite person, troubles seem to disappear. To boot, the Miata is one of the most reliable cars on our market. How about that?

I have now actually had the opportunity to spend a few days behind the wheel of a 2006 MX-5 and so far, the similarities and differences would not make me choose one over the other... yet.

Not so good stuff: 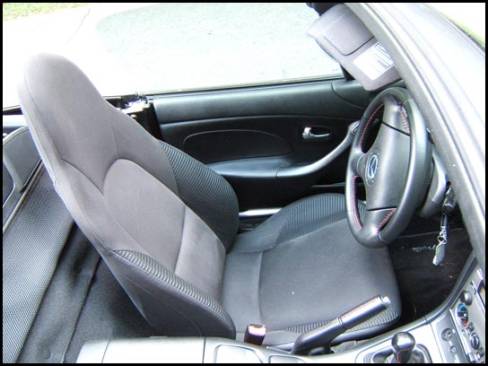 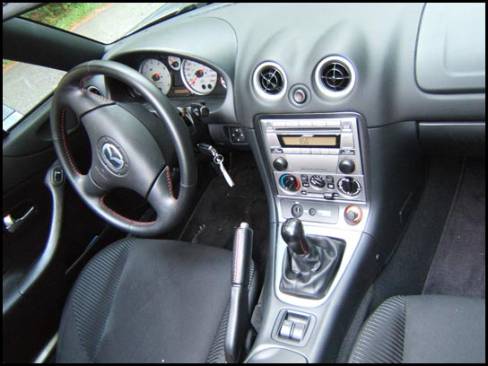 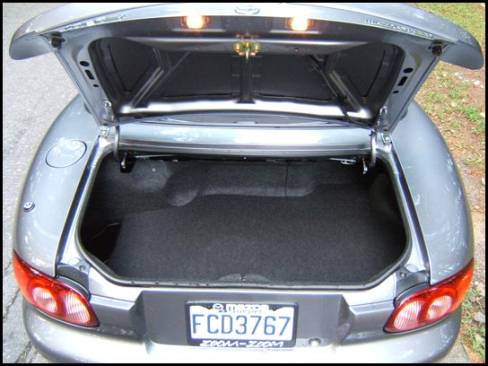 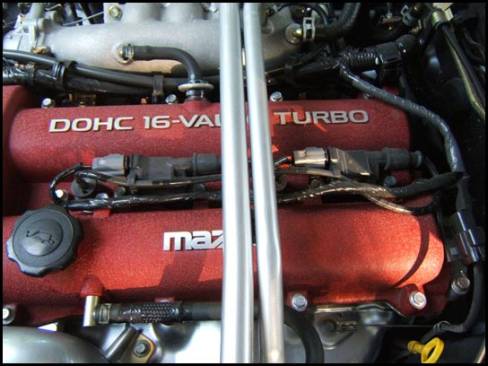 It's 7 a.m. on a chilly Saturday morning, as me and my work buddies arrive at John Scotti's Exotic Cars dealership in Montreal. This purveyor of supercars se...

Sports cars have come and gone. Normally, I would add "and they are back" but sadly, this is not the case. The Nissan 350Z is one of the very few RWD sport...

Some cars have names that evoke memories and good times. Ask just about anybody what one of their favourite antique or muscle car is and I am willing to bet...