News
Compromise is something car buyers must often deal with when it comes to picking out the one vehicle they’re apt to spend the next four or more years with. The most powerful car may be the most cramped; the most economical is likely to be the slowest; the most utilitarian, the ugliest and bulkiest, and so on.

Few if any other segment of cars offers the fewest compromises as do minivans. All hugely capable space–wise, and all reasonably comfortable, the concessions here typically revolve around the drive and performance, especially where any kind of pleasure is concerned.

Year after year, Honda’s Odyssey returns as most auto critic’s choice as the best driving minivan around. On top of that, the current design is fairly attractive, both inside and out. The Odyssey’s major issue is always price, based largely on value when assessed against some of its competitors.

What is the Honda Odyssey?
The Honda Odyssey started out as the rebirth of the sadly defunct Accord wagon. In a few short years, it grew to become a very popular and sought after minivan for its design and handling. In fact, on the used car market, the Odyssey is the most sought after, and the one that retains the highest resale value.
Though a few reliability issues hindered the Odyssey in the early 2000s, it nevertheless flourished into what is the better minivan in a segment that has lost many players in the last five years. It is, and has been, Auto123.com’s best minivan for a while.

2014 Honda Odyssey Price and Specs
All good things come at a certain price, and the 2014 Honda Odyssey is no different. To get into a new 2014 Odyssey, one must dish out $29,990 for the base LX. There are seven trims to select from for all budgets, and that’s key.

The Honda Odyssey has been faithfully served by a 3.5L V6 for the better part of a decade. Once one of the most powerful V6s in the segment, its 248 horsepower position it at the bottom of the list. The standard issue transmission is a 6-speed automatic.

Driving the 2014 Honda Odyssey
For a recent trip to Toronto, I called upon the services of Honda’s minivan as I had a large number of boxes to transport to go along with my personal luggage. As I was in no mood for a bout of Tetris to make everything fit in a CUV, I selected said people-mover for not only its functional cargo space, but for the way it can gobble up kilometres of road.

Honda has always benefited from a reputation for building cars that drive well. I am convinced that the engineers who worked on the Odyssey’s suspension and drivetrain were reminded of this fact before they even put pen to paper. They done good.

The 2014 Honda Odyssey is very squat over its wheels, conferring the minivan with a low-ish centre of gravity that greatly aids in limiting body roll. The vehicle’s fully independent suspension does an admirable job of keeping tire and tarmac in constant contact without an iota of discomfort felt by occupants.

What’s more, the Odyssey’s V6 and 6-speed autobox thoroughly enjoy working together. In occasional frustration on the 401, I’d find myself requiring a good bout of acceleration. A generous dose of throttle would rush the box down a pair of cogs, and off the minivan would go. To boot, the V6’s song is quite pleasant, very Honda in fact.

I spent very many hours at the helm of the Odyssey, over 1,400 km, and was never uncomfortable or wanting more. Traction is good when shod with the proper rubber (Blizzaks in this case) and the minivan stays true to the set course. I would have liked a little more weight behind the steering wheel but otherwise the entire solo experience was very good. Truthfully, I may have set a personal best, time-wise, on the road home… In a minivan, no less.

Inside and out of the 2014 Honda Odyssey
The redesigned-for-2011 Honda Odyssey set a precedent where a minivan need not necessarily fit into a mould. Far more dynamic and visually appealing than anything else out there, Honda revised the van for the 2014 model year.

The result is, well, nearly impossible to point out, but the bottom line is that 2014 Honda Odyssey is cool, as far as minivans are concerned.

The huge cabin is fabulous. For four passengers, no other type of vehicle will deliver more room and overall comfort. With the 3rd row stowed, there’s practically no limit to the amount of stuff that can be hauled.

With the Touring comes every conceivable bit of technology that Honda has up its sleeve. The more interesting are HondaLink with a touchscreen. At first, it can be confusing, as similar information can be displayed on the two screens (upper contains navigation), but after a short while I’d figured out how to make them both work for me. The kicker is the Touring-only HondaVAC (yes, a vacuum in a van), perfect for family messes.

Comparing the 2014 Honda Odyssey
Other than the Honda, minivan buyers have the choice between the Dodge Grand Caravan and the others. Truly, this is the way it is. Chrysler’s magic wagon remains the one to beat (that will never be beat) in this segment, and for many good reasons.

The Toyota Sienna and Nissan Quest, along with the Odyssey, are merely suggestions. Be that as it may, for those searching for a little “drive” on their drive to soccer practice can depend on the Honda Odyssey to deliver.
2014 Honda Odyssey Touring 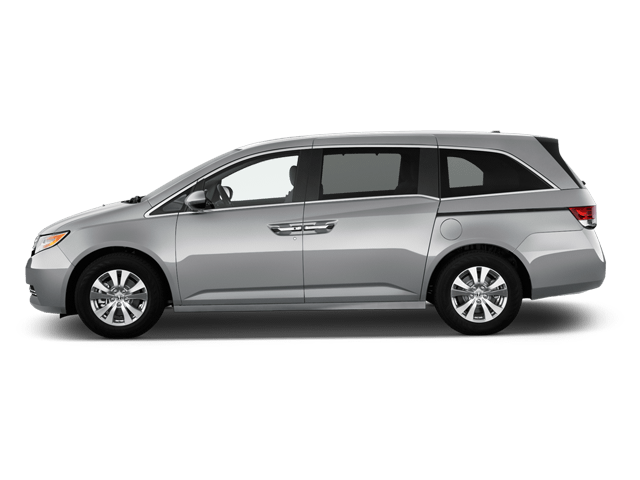 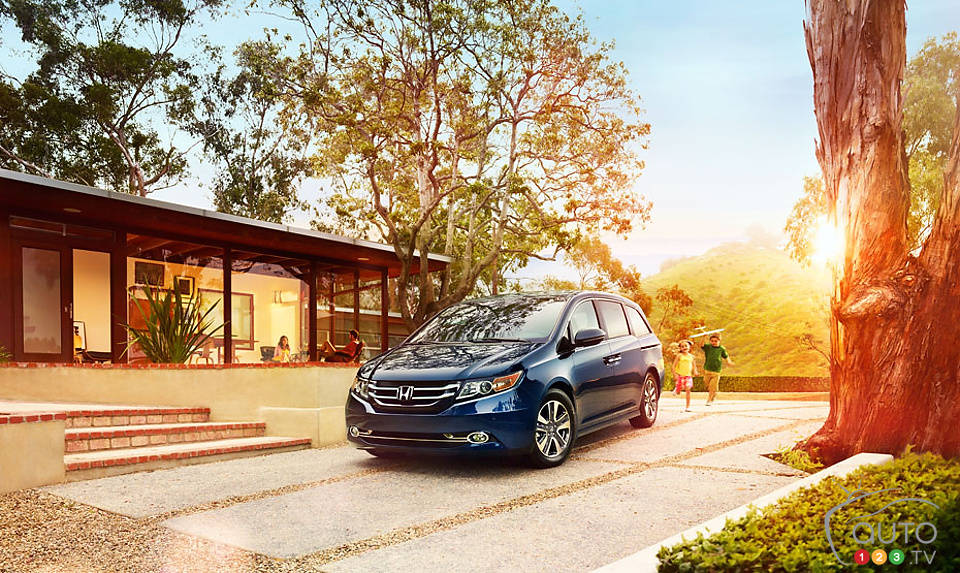 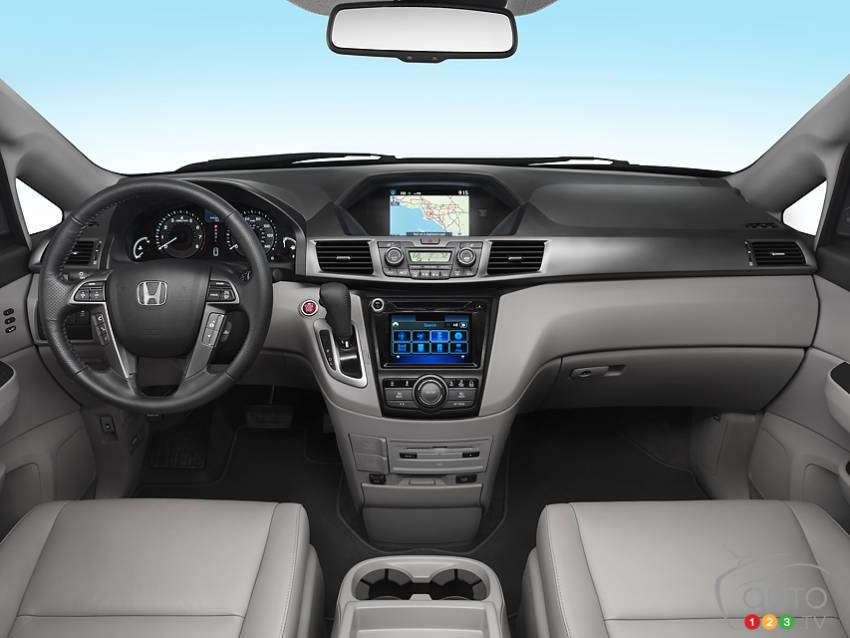 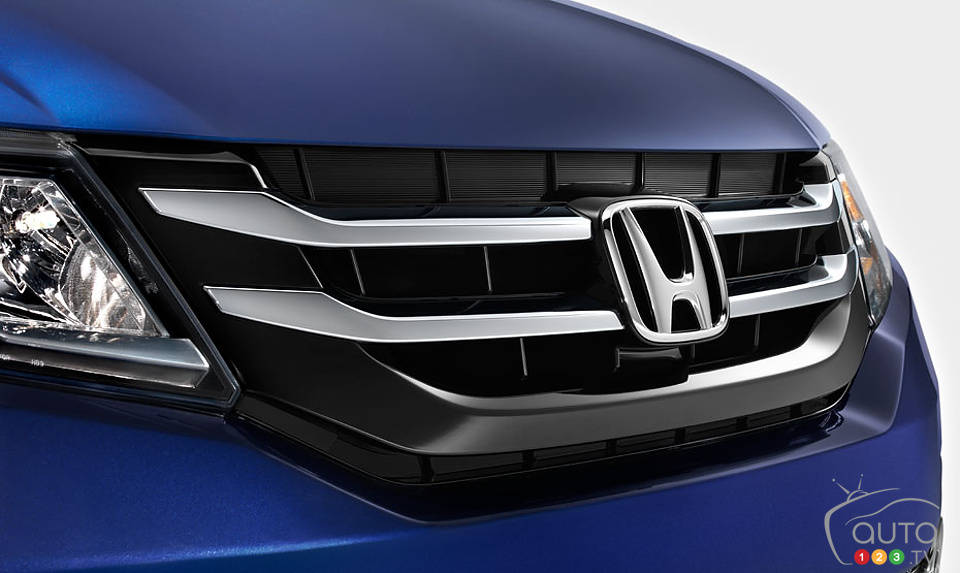 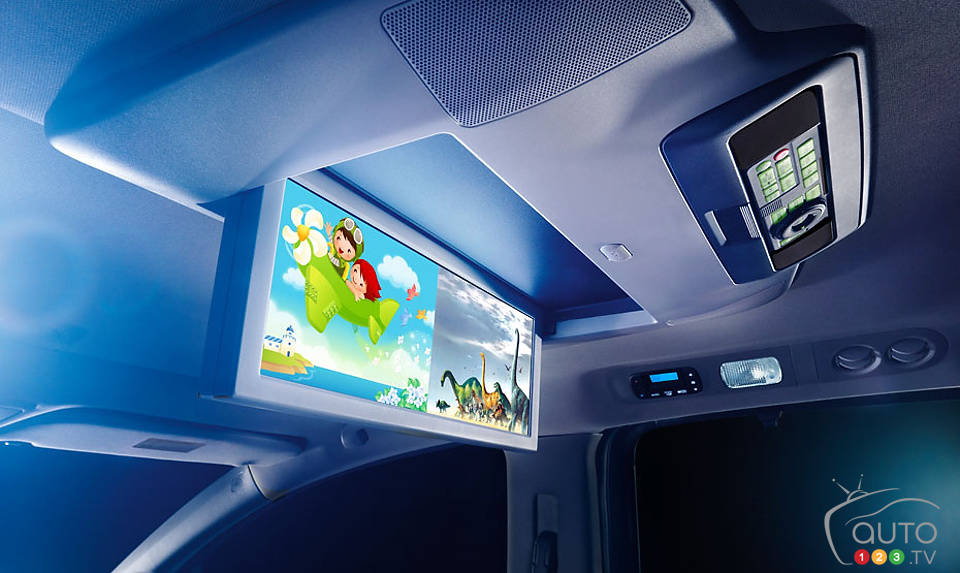 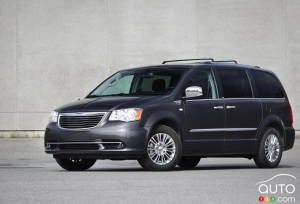 I’m of the mindset that there’s always a solution to any given problem, and that solution doesn’t always have to be detrimental to the one who’s in a spot of...