Regaining the title it secured in 2006, the Civic beat the Chevrolet Malibu and Mazda MX-5.

"The all-new Civic was developed and is built in North America, making this North American Car of the Year win even sweeter," said Jeff Conrad, Honda Division senior vice president and general manager. "Civic is a cornerstone of the Honda lineup, and we're delighted that the automotive press has recognized the new levels of styling, performance, advanced technology, safety and value that characterize the new Civic."

Meanwhile, the Volvo XC90, which also won the award back in 2003, edged the Honda Pilot and Nissan Titan XD.

“We are absolutely thrilled that the XC90 has won this prestigious and most respected award,” said Lex Kerssemakers, President and CEO of Volvo Car USA, “and there is a lot more to come. By 2019 Volvo will have a totally renewed product portfolio. By then the all-new XC90 will be the oldest car in the showroom.” 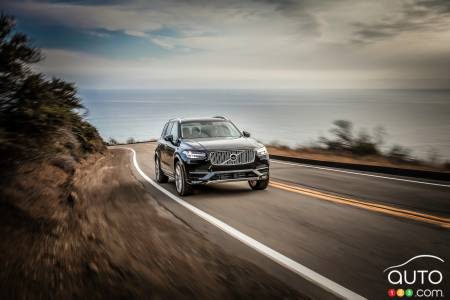 The Automobile Journalists Association of Canada (AJAC) today announced the top three finalists vying for the 2016 Canadian Car of the Year and Canadian Util...

Top 10: Our Favourite Picks of the Fall Releases

Among the many, a few listed here that garnered our attention and that we’ll be following with interest over the coming weeks!

The new XC90’s overall excellence is a welcome surprise. No one should question why it’s already snapping up most luxury SUV awards.