The Raptor version of the Ford F-150 is not even two years on the market, and already ford is tweaking it with some upgrades to ensure that it holds on to its position at the top of the category… and continues to generate good press. With gasoline prices on the move across North America, it’s becoming an ever-greater challenge for manufacturers to move their most fuel-guzzling models.

And to be sure, the Raptor is not exactly a model of frugality on the fuel consumption front.

On the other hand, that in itself is likely not going to be a deal-breaker for buyers in the category. To wit, the model has been extremely popular since its introduction, and seemingly unaffected by the recent rollercoaster ride of gasoline prices.

Those considering investing in a 2019 Raptor will be glad to learn that two significant add-ons are being introduced to the model by Ford, one to further enhance its capabilities when venturing off-road and the other a more all-purpose comfort enhancer.

The 2019 Raptor will benefit from new adaptive shocks as well as a new cruise control designed for all-terrain driving. 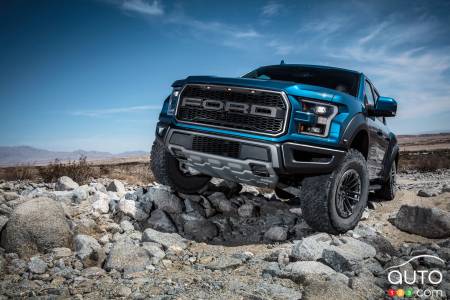 Ford will be debuting Fox Racing Shox on the model. Without getting too technical about it, suffice to say that these will improve comfort, road grip and bottom-out resistance. Unlike the unit fitted on the 2018 editions, the new shocks contain an additional reservoir. An electronically controlled valve continually adjusts damping inside the tubes to ensure maximal performance at all times.

Even better, the driver’s habits and behaviour are analyzed and the shocks adapt accordingly. And if the front wheels hit a major obstacle, the information is relayed to the rear so that the right level of resistance reduces the impact of the collision.

Technological prowess
The second major new element being introduced in the 2019 Raptor, is a cruise control system specifically adapted for off-road driving. Trail Control, as it’s called, works somewhat similarly to a hill descent control system. By playing with brake pressure on each wheel, it can maintain speed at anywhere between 1 and about 30 km/h. It can be activated when driving on level ground or when climbing an ascent. The driver needs only steer the vehicle.

This is certainly a ground-breaking and technically interesting innovation, but for those buyers who believe that the pleasure in off-road driving lies in… actually driving, Trail Control is likely to less of a draw.

Otherwise the Ford F-150 Raptor still benefit from the same version of the 3.5L EcoBoost V6, capable of producing an impressive 450 hp and 510 lb-ft of torque.
The Raptor is, truly, a beast. 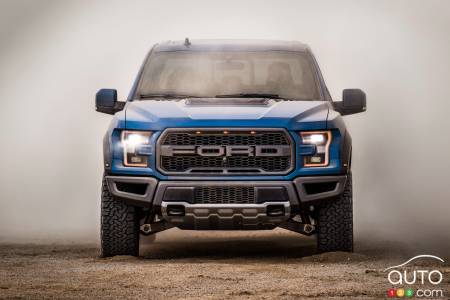 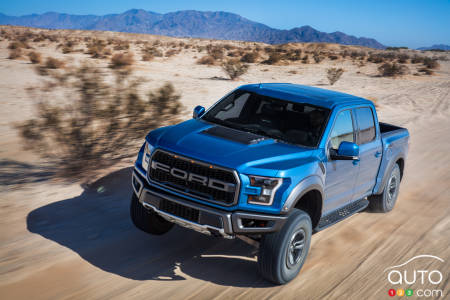 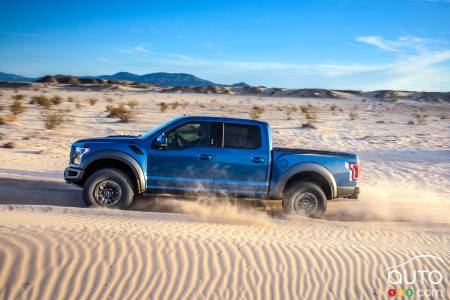 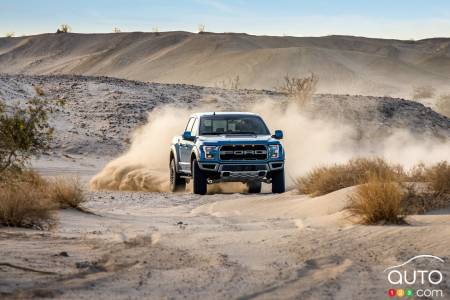 For 2019, the Ford-150 Limited version will be getting the engine formerly used exclusively in the Raptor variant of the popular model. Delivering 450 hp and...