Mercedes-AMG, the performance division of German automaker Mercedes-Benz, announced that it is replacing the 3.0L V6 twin-turbo engine that powered its E43 model with 396 hp by another 6-cylinder 3.0L twin-turbo, but this one in-line. The company is saying this new engine will deliver 429 hp and 389 lb-ft of torque, and bring with a new name for the model: meet the 2019 Mercedes-AMG E53.

Also fitted with a 48-volt hybrid system, the new engine is placed between the front wheels of the sedan and wagon versions. For the moment, only the first of those two will be offered to Canadian consumers, but that could change: a look at the Mercedes-Benz lineup shows that the company is not averse to selling wagon versions of its models on Canadian soil.

The model will come with the 4MATIC all-wheel drive system as standard equipment; the same goes for a sport exhaust system, AMG-configured air suspension and19-inch alloy wheels. Available features include an S-Class-style panoramic sunroof, as well as a host of advanced safety features.

The new engine powering the E53 has proven its mettle in several other of the brand’s vehicles, notably the CLS53 and the AMG GT.

Canadian pricing for the model have not yet been announced, but it’s safe to say the bidding will start in the six figures. 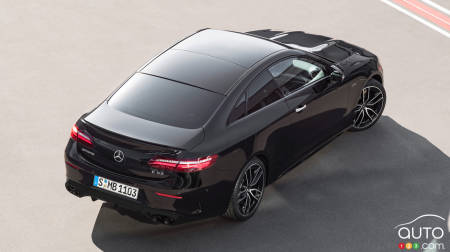 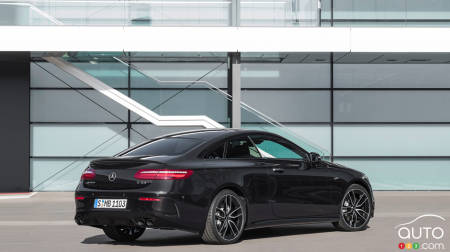 Frankly, no one needs to have a vehicle like the 2019 Mercedes-AMG GLC 63 S to get around in. You can only ever use 30% of the potential of the engine, and a...