Press day at this year’s North American International Auto Show started in style. The first company to make a presentation was Ford, as per tradition at the Detroit show, and while what they brought was not a surprise it certainly set the tone for the event.

After a long, long wait, the 2020 Ford Mustang Shelby GT500 has finally been unveiled. And what makes this version special? For starters, it’s the most powerful street-legal Ford ever built. Which is saying something.

We might be standing on the edge of the electric-car era, but a sporty car fitted with a fire-breathing gas engine will always get the blood boiling. 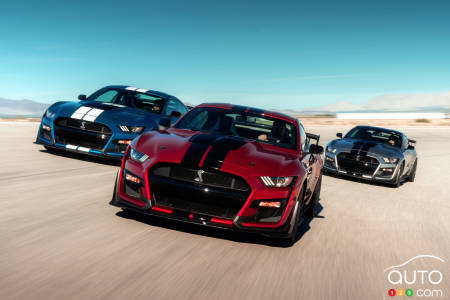 In this case the engine is a 5.2L supercharged V8 delivering over 700 hp. For the rest, it’s become customary for Ford to stay a little vague regarding the performance specs of the model it’s unveiling. Part of that is because the numbers can vary somewhat, depending for example on the type of fuel fed into the gas tank.

Still, we managed to get some interesting details, including some news about the 7-speed automatic transmission, which will introduce the dual-clutch feature into a Mustang for the first time. Unfortunately, it will be the only transmission offered, which means that the new GT500 will not get a third pedal. Many will be disappointed to hear that; performance is one thing, driving pleasure is another.

As for that performance, as mentioned Ford is staying vague, though they did intimate that 0-100 km/h will take the car just over 3 seconds, and that it can complete the quarter-mile in some 11 seconds. For the rest, the hardware of the GT500 has been redesigned to improve capabilities across the board. The GT500 gets new, larger brakes (with 16.5-inch discs), a more-efficient cooling system (with air intake improved by 50%), improved aerodynamic support, revised suspension and track-focused chassis configurations.

Not surprisingly, on the track is where this car will feel most at home.

And speaking of feeling at home, the interior features Recaro seats to welcome occupants. Frankly any other type would have seemed heretical. There are a number of GT500-exclusive features, to be sure. We’ll have to wait a little longer to know the exact output of the powertrain, and of the price that will be exacted of interested consumers in Canada.

We’ll be reporting on those details as they become available. And in the meantime we can safely say that Ford made quite a splash at what will be the last Detroit auto show to be held in January – as of 2020 it moves to June. 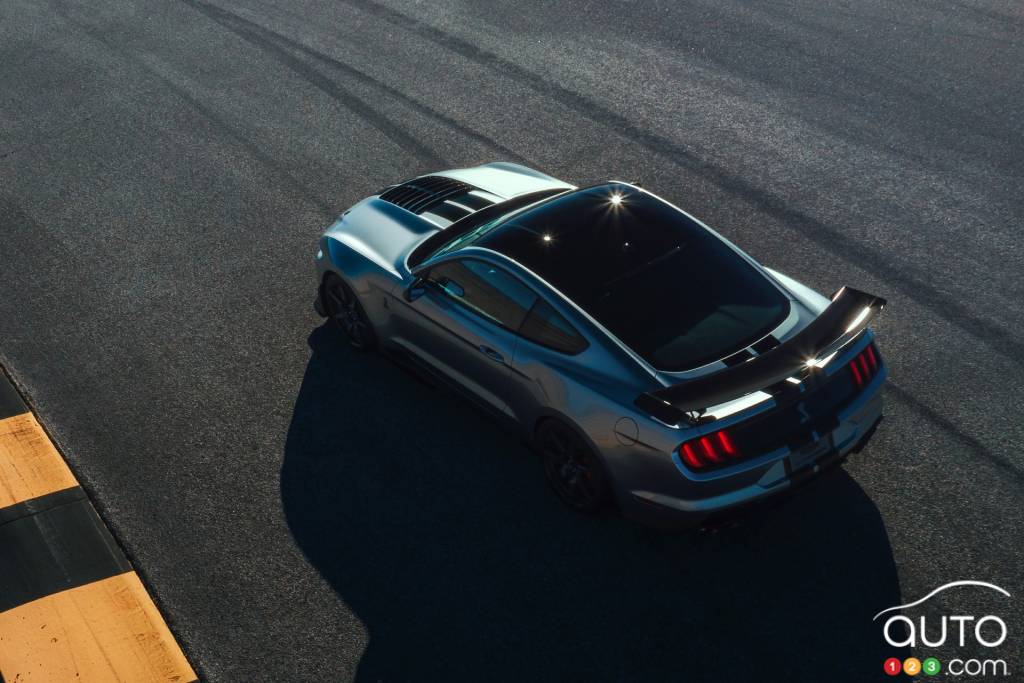 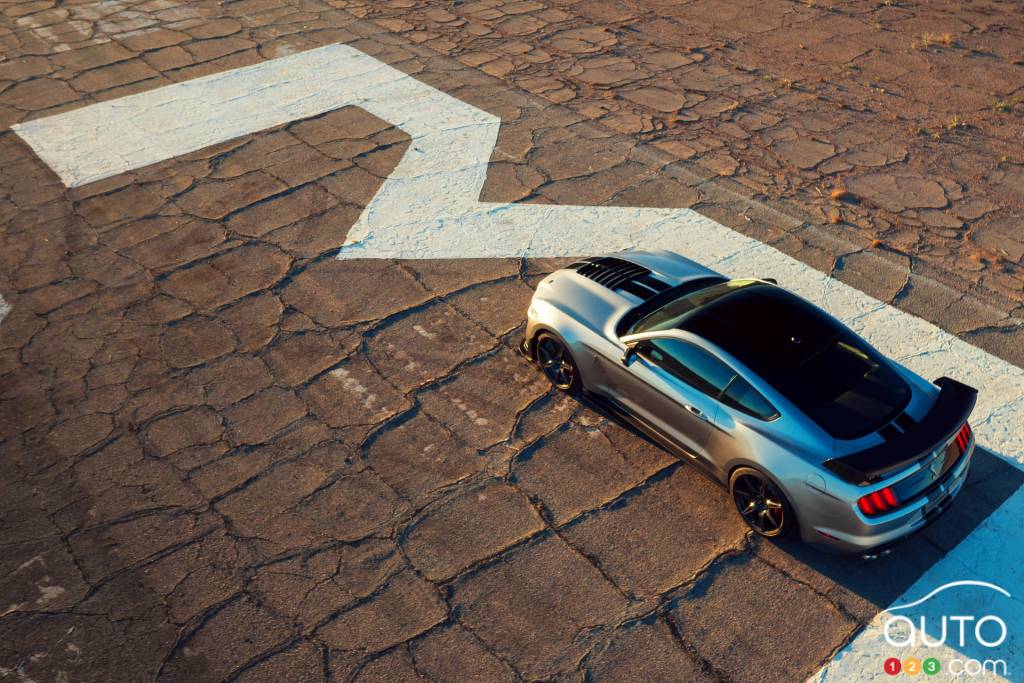 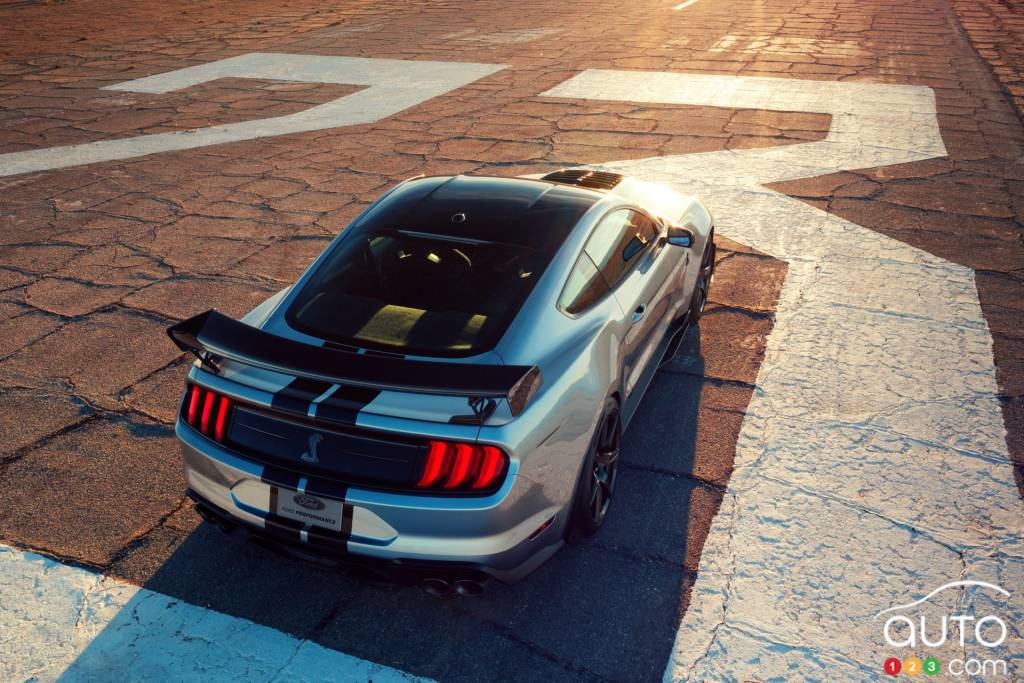 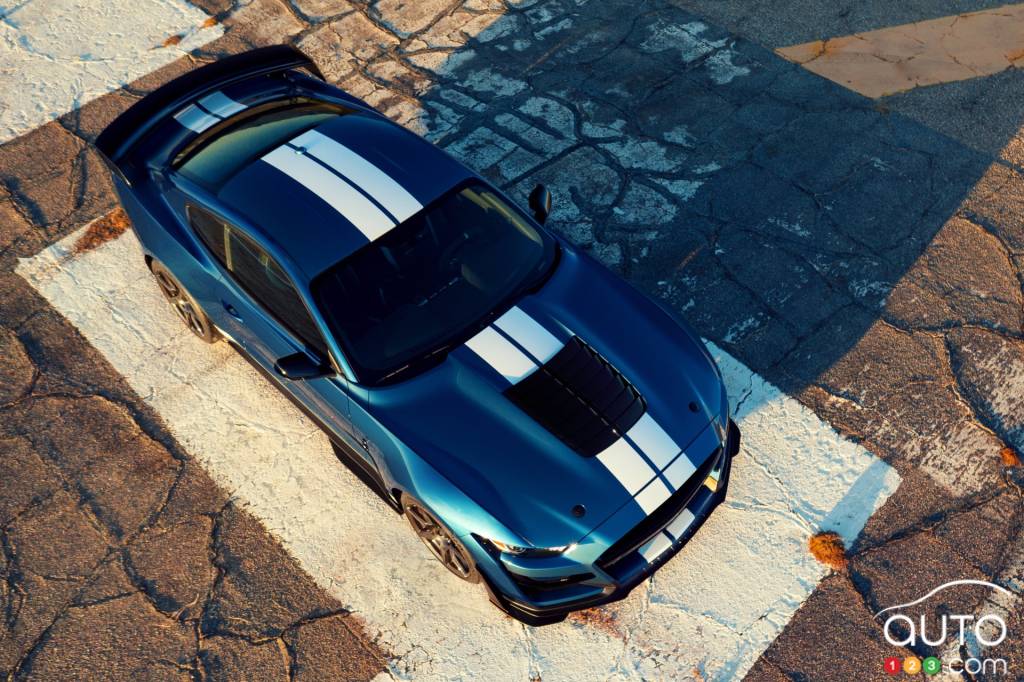 Ford has confirmed that two 3D-printed brake components will be used in the upcoming 2020 Shelby GT500, set to debut in Detroit in January. Innovations are c...

Ford releases a first image of the 2020 Mustang Shelby GT500, set to debut publicly at the Detroit auto show next January. Details are few and far between, b...