Detroit, MI – Cadillac promised not long ago to launch a model every six months, and so far anyways it is keeping to its commitment. General Motors’ luxury division used the occasion of the Detroit Belle Isle Grand Prix to roll out two new V-badged performance sedans, the new CT4-V and CT5-V. (it’s worth mentioning that the Cadillac Dpi (prototypes) racing teams, with three victories already under their belts in the IMSA Weathertech Sportscar Championship, will be on the track at the Belle Isle event).

Interestingly, while the regular CT5 midsize sedan has already shown itself, having been unveiled at the latest New York Auto Show, the CT4 had not been presented, in any form – making the V the first version of the model to see the light of day. Cadillac’s explanation is that it wanted to make a big splash with this V series of products, which also includes the CT6-V.

Recall that when the regular regular CT5 was unveiled, Cadillac announced that the nomenclature of its sedans was dumping the ATS, CTS and XTS designations in favour of CT4, CT5 and CT6. At the same NYC event, the automaker vaunted its latest work in developing new technologies, in particular the Magnetic Ride 4.0 suspension system with its ultra-quick response time.

The CT4-V
The big draw of this presentation in the Motor City was thus the never-seen CT4-V, a compact version of the CT5-V. The car’ designer, Andrew Smith, was on hand for the reveal, and he explained that the car was conceived to convey the impression of a world-class athlete dressed formal wear. Visually very similar to the CT%-V, the CT4-V features sleek lines bookended by vertical headlights and rear lights with clear lenses tinted in grey. Those familiar with the brand will immediately be able to point to the distinguishing features of the V editions, starting with its four exhaust tips at the rear. For Cadillac, the CT4-V incarnates the energy of youth, and thus it will come in blue, red, orange and green. As for the interior, there too the similarities with the CT5-V are evident. 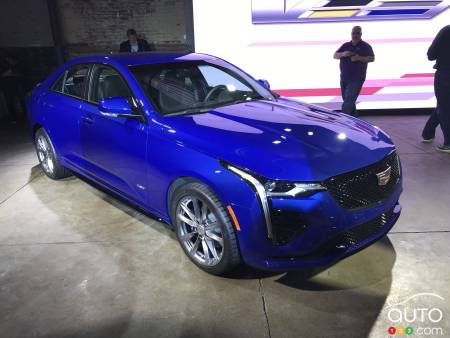 The CT4-V comes with 18-inch wheels, while the CT5-V’s are 19 inches in diameter. Both models will be offered with either rear-wheel or all-wheel drive. The large default Michelin tires are designed for summer, but Cadillac intends to offer similar “all-seasons” Michelin tires for versions with AWD. Both models also come with Brembo front brakes.

The powertrain
Under the hood, the new CT4-V is fitted with a 2.7L 4-cylinder turbocharged engine making 320 hp and 369 lb-ft of torque. Unsurprisingly, the CT5-V gets more output to play with (355 hp, 400 lb-ft of torque) via a 3.0L twin-turbo V6. Each model gets access to their full torque starting as low as 1,800 RPM, when equipped with the active fuel management system.

Both the CT4-V and CT5-V deliver power to the wheels using a 10-speed automatic transmission with manual mode, and benefit from a new electronic limited-slip rear differential. The Magnetic Ride active suspension system gets new rings to ensure 50/50 weight distribution. 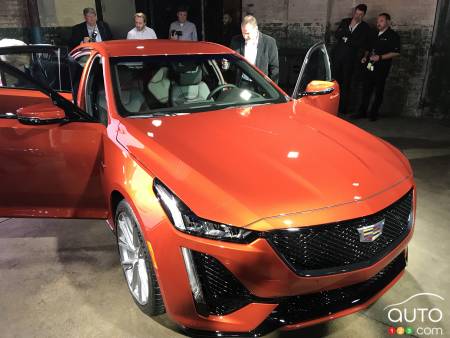 Cadillac’s engineers have also revisited the electrical architecture of the cars so they can accommodate the Super Cruise drive-assist system, which should be included as standard equipment on 2020 V series vehicles.

The presentation we attended in Detroit was a short one, but it was long enough for us to learn, among other things, that the regular CT4 will be unveiled in about a month, so at the end of June. Beyond that, try as we might we got few details about the new performance sedans from the Cadillac representatives on hand for the V launch. We were not allowed, for instance, to open the hoods of the two models.

Our hosts did say more than once that, since most Cadillac owners will be unlikely to take their car out onto the track, we should all keep in mind that “Cadillac is an American luxury!” But at the same time, the brand has an international presence and must have the weapons to go to battle against competitors each with their own performance models. Which was the genesis for the V series, which performance-wise are another notch above the Sport trims of regular Cadillac models.

For the moment, we were not apprised of any pricing, nor of fuel comsumption figures for the new models. For more details on the CT$-V and CT%-V, we’ll have to wait until we get closer to their go-to-market date – which should be early in 2020. 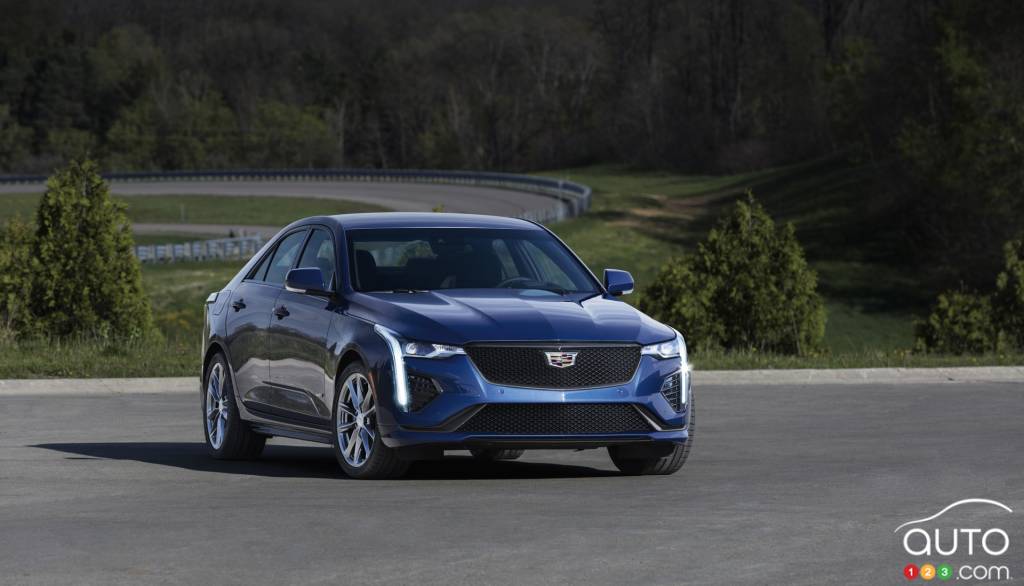 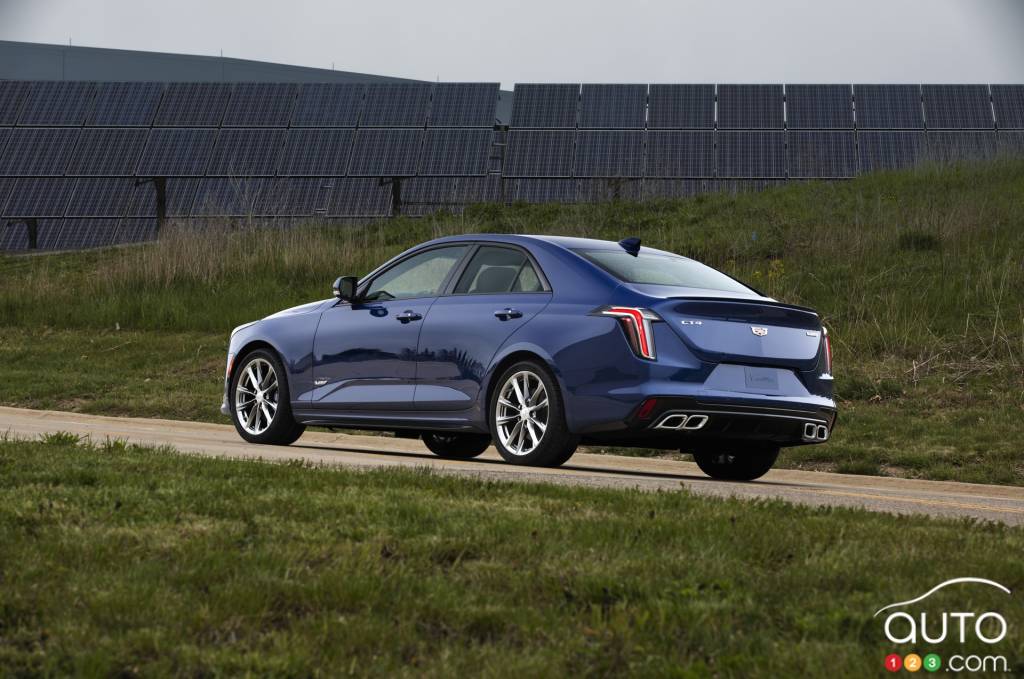 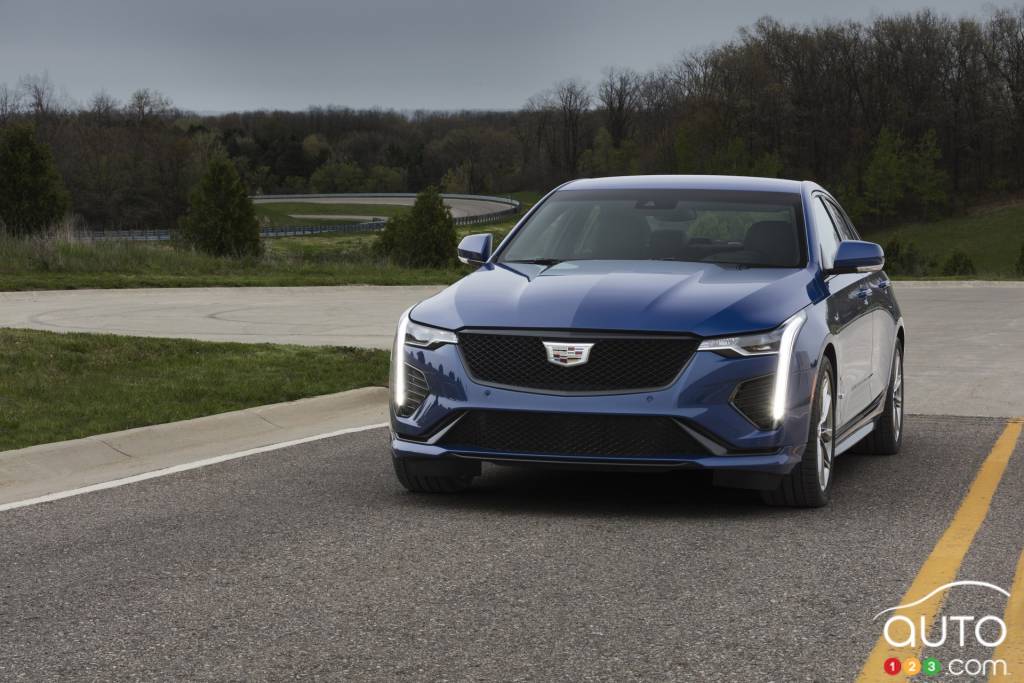 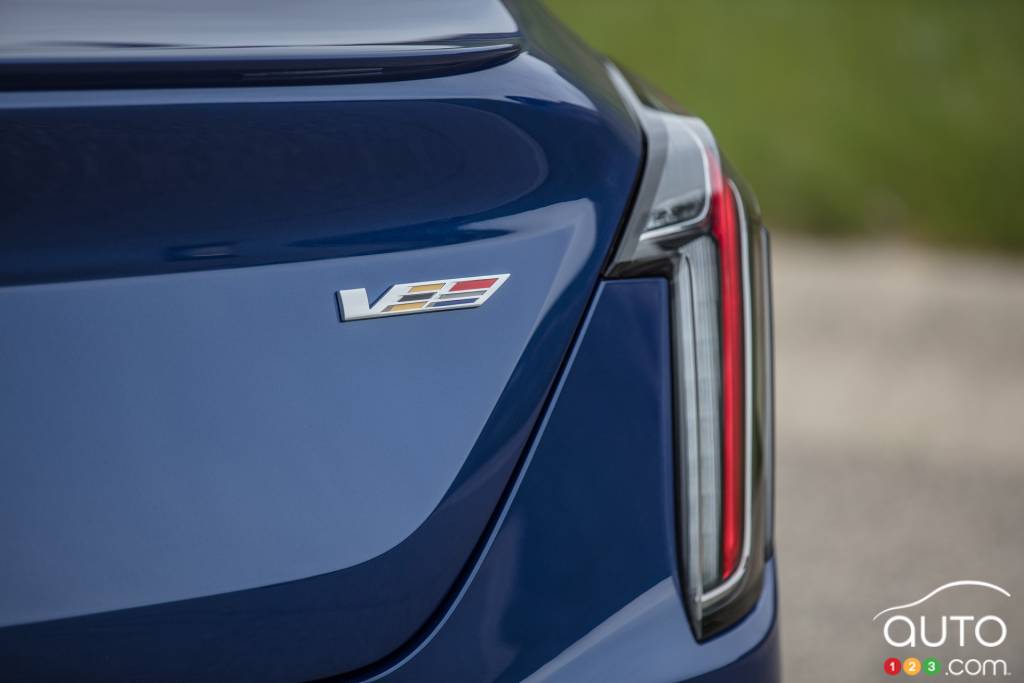