Canadian National Railways (CN) has just announced a deal to purchase 50 electric-powered trucks from Quebec-based company Lion Electric. The vehicles will be used for local deliveries within the largest markets served by CN, such as Toronto, Montreal and Vancouver.

The announcement was made via a press conference held in Montreal today. CN says the trucks will handle deliveries in cities, movement of containers and other transportation tasks.

For Lion Electric, this represents the largest order received to date for its new truck. CN has been testing eight of the company’s trucks as part of a pilot project launched in 2019.

Lion Electric first introduced the Lion8 Class 9 truck that same year. The all-electric truck is conceived for urban deliveries and its system delivers a range of up to 400 km on a full charge.

Being a Made-in-Canada project, the Lion8 is also equipped to withstand our rugged winters. 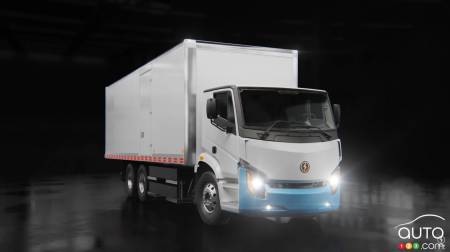 Quebec company Lion Electric has announced it is building an assembly plant in Illinois as it gets ready for a big expansion into the United States. The firm...

Lordstown Is Short of Funds to Build its Electric Truck

Lordstown simply doesn't have enough money to build its electric pickup truck, a model that looked promising. But if its product was praised, it seems to hav...