In order to support plug-in technology and biofuels as part of a drive for energy independence, the U.S. Department of Energy will include the Ford Escape Flexible Fuel Plug-in Hybrid in its vehicle fleet.

The Escape Plug-in Hybrid can run either on gasoline or E85. At the end of the day, users can charge the batteries by plugging the vehicle directly into a power outlet.


This Ford Escape is equipped with a 10-kilowatt advanced lithium-ion battery. Such energy is enough to drive up to 30 miles (48 km) at speeds of up to 40 mph (64 kph) -- with no intervention from the combustion engine. When the battery's charge is depleted at 70 percent, the vehicle switches to traditional hybrid mode -- a fuel-efficient four-cylinder engine assisted by the lithium-ion battery.

When fuelled by E85 ethanol, which has a lower energy content than gasoline, fuel economy can reach up to 88 mpg (2.67 L/100 km) in urban driving and up to 50 mpg (4.7 L/100 km) on the highway. Based on current estimates, the Escape Plug-in Hybrid would emit 60 percent less CO2 than a conventional gasoline-powered vehicle.
photo:Ford 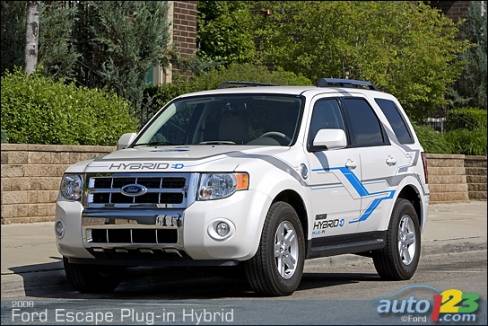 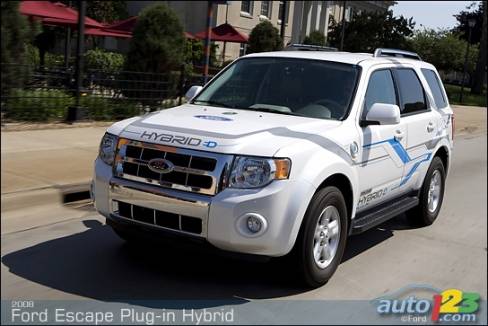 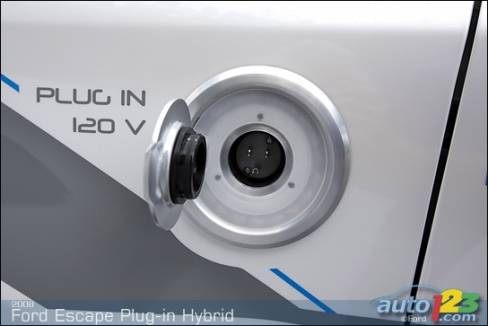 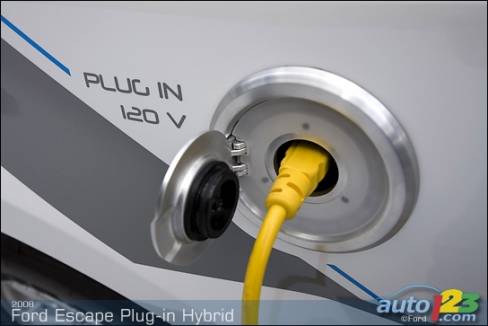 In the U.S., Ford has been awarded a $10-million grant by the Department of Energy to research, develop and demonstrate 20 plug-in, fuel/electricity-powered ...

The Transit Connect, the first in a series of Ford electr...

Ford has just announced the introduction of a small, electric commercial vehicle in North America by 2010. It's called the Transit Connect and it's part of t...

Ford has just revealed certain details about its new electric vehicle strategy. The automaker has signed with a new supplier of batteries for plug-in hybrids...