e’ve known for a while that Genesis plans to build on its currently small lineup of three models. But we also know how easily and drastically plans can change. Hyundai’s luxury brand Genesis appears, however, to be sticking to its schedule of introducing several new models in the near-future.

The company has confirmed that it wants to launch three new models for a total of six Genesis models available to consumers by 2021. This will entail the introduction of the first utility model from the brand. The confirmation was reported by Australian outlet GoAuto, which spoke with Genesis boss Manfred Fitzgerald:

"We will have an extension of our product line-up until 2021, we will have six vehicles out there, of which we will have the first SUV which will be followed by a second SUV shortly thereafter."

Of the new models that will join the G70, G80 and G90 sedans, that of course leaves one model unaccounted for. Reports are that the Korean manufacturer is working on a vastly different type of vehicle, one with more verve. Genesis is not providing any details, but it could well be a version of the Mint concept introduced at the last New York auto show in the spring. That would certainly be a bold and attention-grabbing statement from the luxury carmaker. 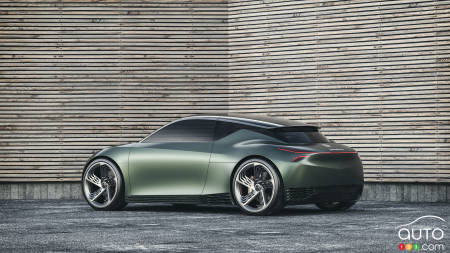 The first SUV to join the fray for Genesis will carry the GV80 name, and in fact spy shots have already captured the production version in testing. The follow-up utility model will be the GV70. And regarding that sixth model? We’re keeping our fingers crossed it will be a Mint-like sporty coupe, perhaps even electric-powered.

Production of the model hasn’t even started, but Genesis has already raked in close to 10,000 pre-orders for its upcoming GV80. At this rate, the SUV will in...