Honda had first shown its early-concept version Urban EV at the Frankfurt auto show in the fall of 2017, to enthusiastic response. Now the company is coming to Geneva with the E Prototype, a version much close to production. As per the trend, it has released a few teaser images to whet appetites.

Many will be happy and relieved to see that the E Prototype has retained the unique, retro-futuristic look of the earlier Urban EV concept. Given Honda’s sometime spotty record when it comes to car design, it’S great news to see the car feature those fresh contours.

Nice detail: the front grille, highlighted by two round LED headlights, features a Honda logo that lights up. Only, that kind of feature is actually illegal in several European countries.

For the rest, the new prototype is a bit rounder overall than the Urban EV. Oh, and it has two more doors. Inside, the focus is on simplicity. There’s a dual-spoke steering wheel, digital instrumentation and a large screen located at the top of the dashboard. For the volume and climate control buttons, Honda has placed traditional buttons in lieu of commands hidden away in menus on the touchscreen. The automaker is promising a relaxed environment, with the flat floor and sofa-like materials designed to evoke a living-room space.

Beyond its resolutely fun aspect, the E Prototype signals the start of Honda’s electrification offensive, although we don’t know yet in this case if electricity will be the primary or secondary source of power. The modular platform it’s built on calls for the electric motor to be placed above the rear wheels. Honda is promising a range of 200 km and an 80%-recharge time of 30 minutes. The official presentation in Geneva next week should reveal more about the rest of the hardware that will make the E Prototype go.

Sadly, at the moment Honda is not planning to bring this car to market in North America. Things could well change in the next few years, however, as the numbers of EVs in our market proliferates. Fingers crossed. 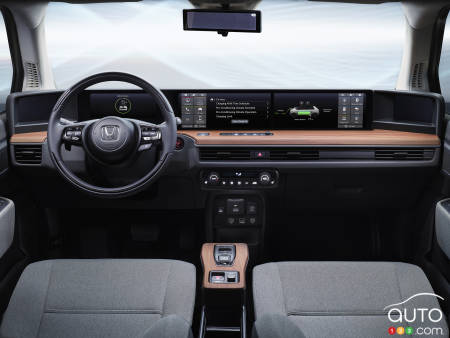 Volvo has revealed the Polestar 2 a week ahead of its official public debut at the Geneva Motor Show. The second car produced by Volvo’s stand-alone electric...

According to Japanese newspaper The Nikkei, Honda is working in partnership with Chinese battery manufacturer CATL to develop an electric car based on the Fi...

Polestar has confirmed that a production version of the superb Precept prototype is on the way, and it also said that it will serve as the inspiration for th...