Hyundai has teased via two images the N-Line appearance package that will adorn its Tucson SUV ahead of the official presentation at the Geneva Motor Show in early March.

It’s important to keep in mind that there are two distinct N-badged product offerings from Hyundai. N models of certain of its models, for example the 2019 Veloster N, benefit from increased power, sportier configurations and overall enhanced performance capabilities.

N Line, not N
N Line, on the other hand, refers to an appearance package only, which sportifies the visuals of a model but doesn’t touch on performance. This is the version of the Tucson being teased here.

According to Hyundai, the Tucson N Line will benefit from a “dynamic new specification” that includes “motorsport-influenced details inside and out.”

We know very few of those details at the moment. The two images show a revised front bumper decked with LED lighting and, inside, leather-covered sport seats with contrasting red stitching. 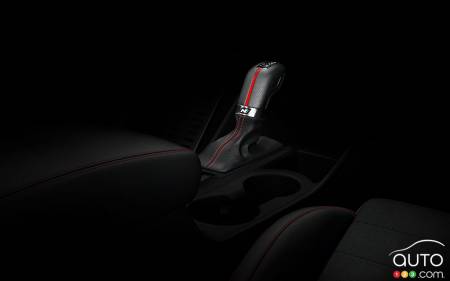 There have been reports for a while that Hyundai is actually working on a genuine N version of the Tucson, one with boosted performance capabilities. In fact in teasing this N Line package for the SUV, the Korean automaker hints that it foreshadows the real-deal N version, saying the Tucson N Line is “just the start of much more to come from the brand.”

There’s also uncertainty as to whether the N Line package will make it onto Tucson models offered in North America, or whether it will be limited to the European market. We should learn more about the company’s plans at the Geneva show presentation.

Hyundai is working on a higher-power N version of the Tucson SUV, ready by 2021, according to a report by Auto Express magazine. The Tucson N would benefit f...