The new Lexus LC was crowned 2018 Luxury Car of the Year during the 2018 Auto123.com Awards ceremony, held this past November 22nd in Toronto. It beat out the two other finalists in the category, the BMW 5 Series and Porsche Panamera.

The Lexus LC shows the way for those who seek to do things their own way instead of following the templates set by competitors. In addition to its totally distinctive and seductive lines (seriously, look at it!), the flagship model for Lexus refuses to enter the turbo-engine fray; instead it’s powered by a naturally aspirated 5.0L V8 that delivers 471 hp and 398 lb-ft of torque. More gentle than diabolical, the LC offers the comfort of a GT in lieu of the brutality of a true sports car. And you’ll have a big smile on your face at all times, especially with the thrilling and unsweetened soundtrack.

Don’t forget the impressive interior displaying Japanese Takumi craftsmanship and attention to detail for which Lexus is globally renowned.

What Lexus has to say about the car…

“Daring in conception, powerful in performance, and true to the spirit of the LF-LC Concept that inspired it, the Lexus LC is a new phase of amazing, and the next step in Lexus’ design and performance revolution. Its breathtaking blend of raw power, razor-sharp performance and ride smoothness positions you perfectly to hit every apex and enter straightaways with unlimited confidence. Available with a gas or hybrid powertrain, both capable of taking you from 0 to exhilaration in under 5 seconds.”

Interested in the 2018 Lexus LC? We invite you to consult its specifications, read our first-drive review and check out the photo gallery below. 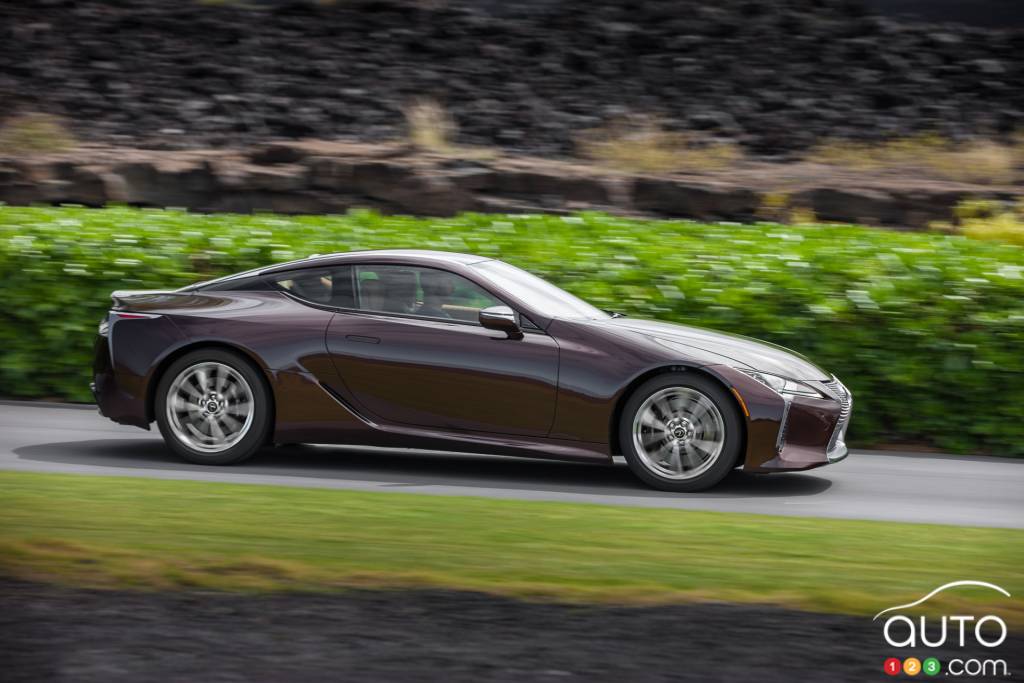 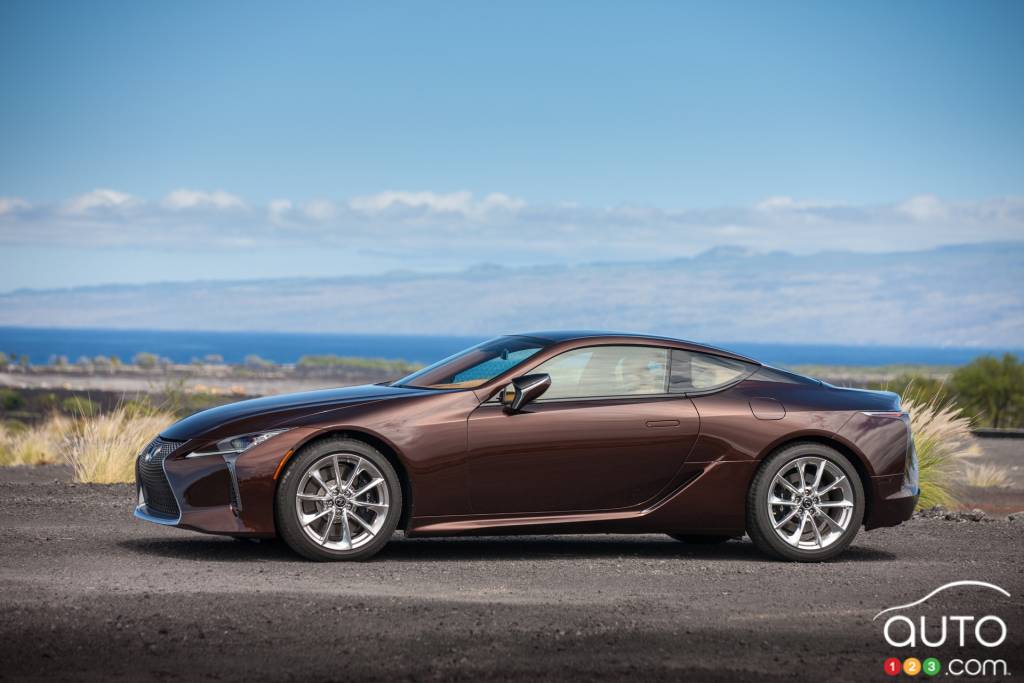 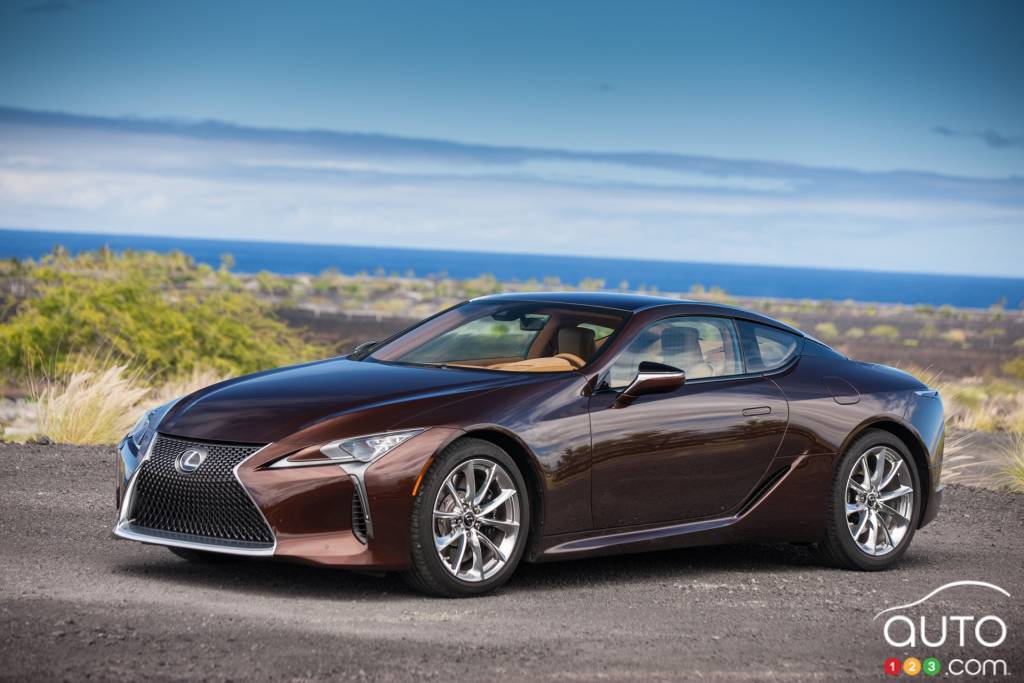 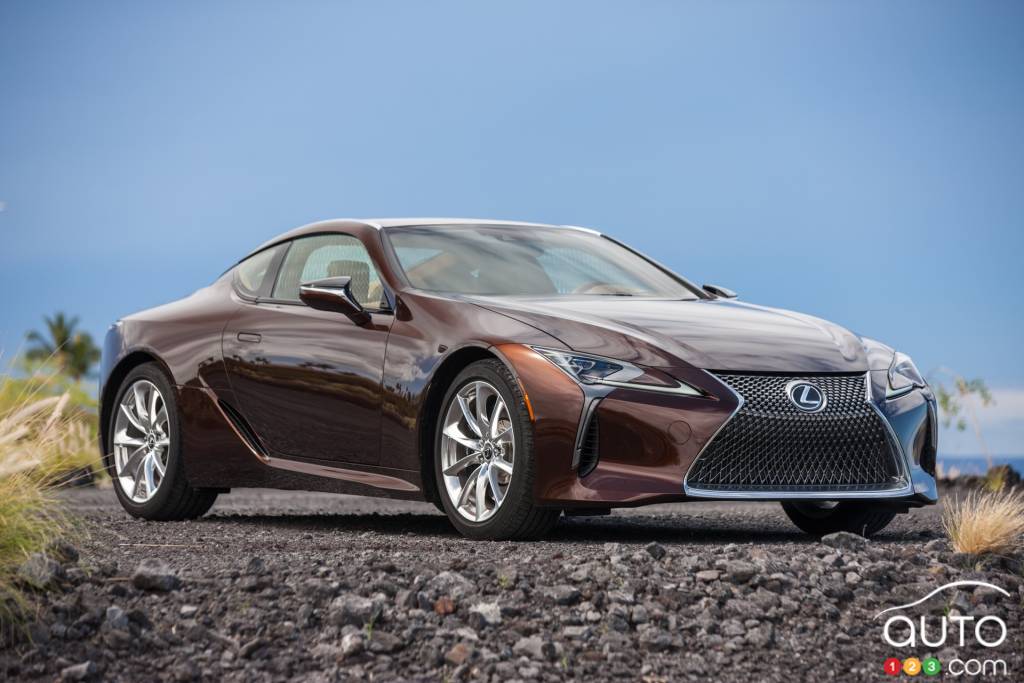