Auto123.com will be crowning winners of the 2018 Auto123.com Awards for best vehicles of the year on November 22 in Toronto. We’ve already unveiled the three finalists in each of the 17 categories; today we look in more detail at the Luxury Car of the Year finalists.

Lexus LC
The all-new 2018 Lexus LC shows the way for those who seek to do things their own way instead of following the templates set by competitors. In addition to its totally distinctive look, the flagship model for Lexus refuses to enter the turbo-engine fray; instead it’s powered by a 5.0L naturally aspirated V8 that delivers 471 hp and 398 lb-ft of torque. There’s also the LC 500h hybrid version to consider. More gentle than diabolical, the LC offers the comfort of a GT in lieu of the brutality of a true sports car. More details on the LC. 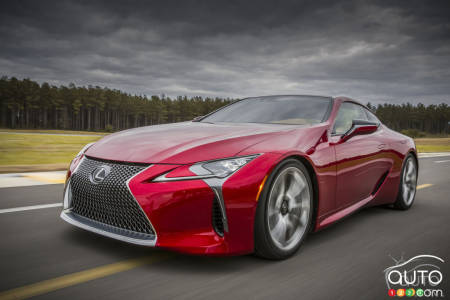 BMW 5 Series
BMW has just introduced the seventh generation of the 5 Series. The model’s inherent sportiness, elegance and admirable styling is immediately apparent, and those qualities are complemented by an unprecedented level of connectivity as well as an interior that now offers more legroom and storage capacity. It’s also lighter and more aerodynamic, and runs on a new 2.0L 4-cylinder turbo engine. Offered with new advanced safety systems as standard equipment, the new 5 Series also comes with a 10.25-inch screen with a few interesting new features. There’s no doubt that this latest BMW 5 Series is a serious player in this category for seriously discerning consumers. More details on the 5 Series. 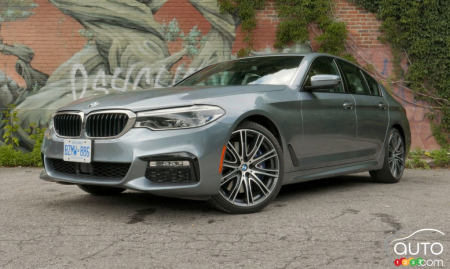 Porsche Panamera
The all-new second-generation Porsche Panamera continues to create a buzz, with new versions like the incredible 680-hp Turbo S E-Hybrid joining the lineup. This luxury sport sedan shines just as brightly on the road as it does on the track, combining an ultra-sporty chassis with cutting-edge technologies and comfort features. Another stroke of genius from the folks at Porsche! More details on the Panamera. 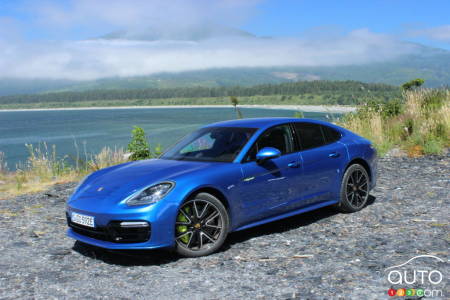 On November 21 we will be naming the winners of the 2019 Auto123.com Awards for best vehicles of the year. Here are the finalists for Luxury Mid-Size Car of ...

The iF Design Awards are internationally renowned and, for 2017, the Bavarian automaker particularly stood out. One of its vehicles even took home the highly...

The all-new BMW 5 Series won the EyesOn judges votes at the 2017 Detroit Auto Show by featuring a broad array of technology and design working in perfect har...