Audi TT Roadster
Making its world premiere, Audi debuted the inevitable two seat, ragtop version of the new TT Coupé. Ignoring the current retractable hardtop craze, Audi decided to stick with a cloth top to keep the Roadster's curb weight and centre of gravity low. Longer and wider than its predecessor with more interior room, with extensive use of aluminum in the chassis, the new convertible is only 15 kilograms heavier than the last model; You'll be able to choose from the 200 horsepower 2.0T four or the 250 h.p. 3.2 six when both TTs, Coupé and Roadster go on sale in the spring next year.

Audi R8
If you're like me, you can't get enough of Audi's much-anticipated two-seat, mid-engine sports car. First seen in Paris, it makes its North American debut here in L.A. On sale in the fall of 2007, the R8 will first come with the RS4's 420 h.p. 4.2-litre vee-eight around US$110,000 to $115,000. Within a year, expect the 5.2-litre vee-ten from the S6 and S8 with close to 500 h.p. A six-speed manual and a version of Lamborghini's E-gear computer-controlled sequential manual will be available. 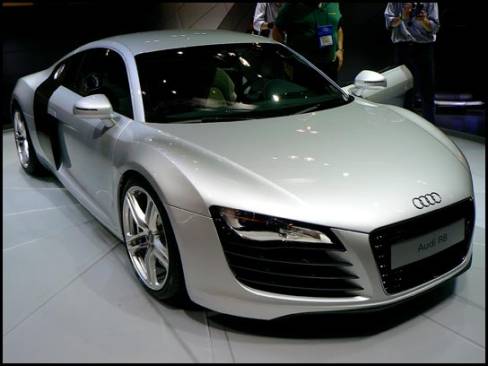 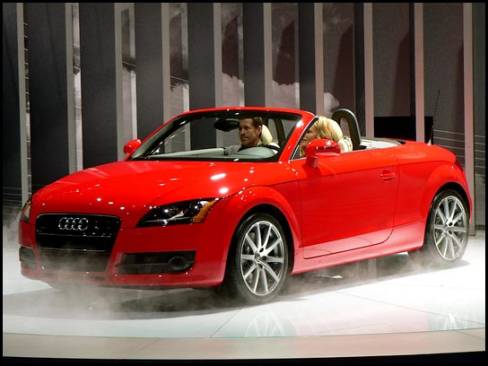