Another model long restricted to the European market is making the jump across the Atlantic, and this one will delight fans of small luxury cars. Mercedes-Benz Canada has announced that the new A-Class will debut here later in 2018, in both sedan and hatchback formats (American consumers will only get the former of the two).

Joining the lineup just beneath the more utility-minded B-Class, the new A-Class will compete directly with the Audi A3, itself also available in both 4-door and 5-door formats.

“Hailed globally as the benchmark in its compact class, the A-Class' cutting-edge technology, design and performance mean Canadian drivers have a lot to look forward to when we bring the next generation A-Class Hatchback to our market.”

On the esthetic front, the new A-Class is an undeniably attractive model. Incarnating the next step in Mercedes-Benz’ Sensual Purity design philosophy, it proudly wears a sporty look that includes a low front cowl, striking grille, prominent openings on the lower front bumper and resolutely modern LED headlights. Its shark-like demeanour will certainly please younger motorists, as will the 17- or 18-inch wheels. 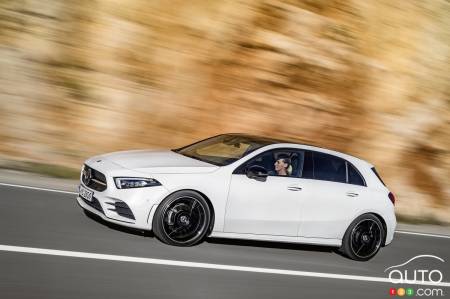 There’s also much to love in the cabin, which is bathed in light thanks to the standard power moonroof and energized by the available ambient lighting. Most remarkable, however, is the futuristic dashboard, dominated by turbine-style air vents and two large digital instrument clusters (7-inch or available 10.25-inch) combined in one panel.

This is the home of Mercedes-Benz’ new MBUX multimedia system, first unveiled at CES 2018 earlier this year. Offered to consumers for the first time in the new A-Class, it displays a unique ability to learn thanks to artificial intelligence, is highly customizable and features Mercedes’ me connect services. Also included is Apple CarPlay and Android Auto compatibility, intelligent voice control with natural speech recognition (activated by saying “Hey Mercedes”), and available head-up display. 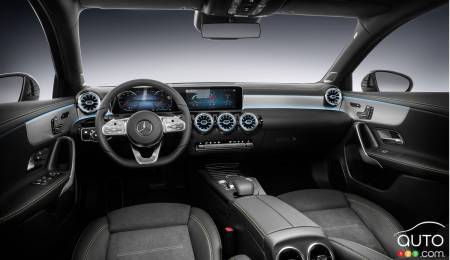 On the road, owners can expect to enjoy a quiet, comfortable and safe ride, thanks to the 4MATIC all-wheel drive system and the latest-generation drive assist systems (including standard Active Braking Assist) and inspiring driving dynamics via the 2.0L engine that generates 221 hp and 258 lb-ft of torque in conjunction with a 7-speed dual-clutch transmission. The ride is further enhanced by the McPherson front suspension and four-link rear suspension.

Pricing has not been announced for the new Mercedes-Benz A-Class A, but it is expected that it will start at under $35,000. As always, stay tuned to Auto123.com for the latest news as it becomes available! 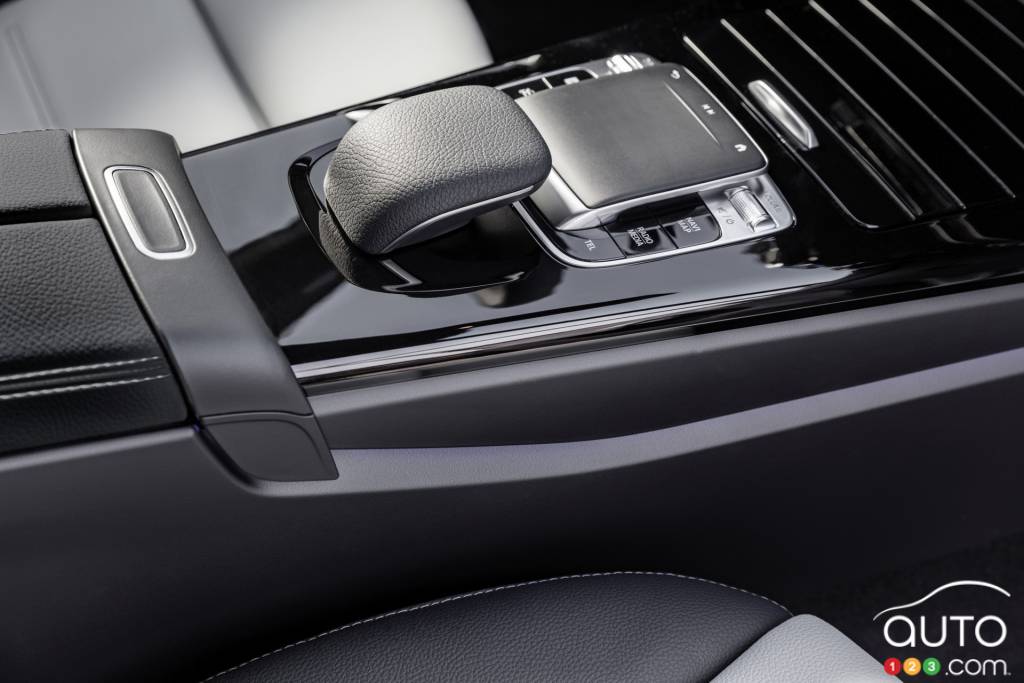 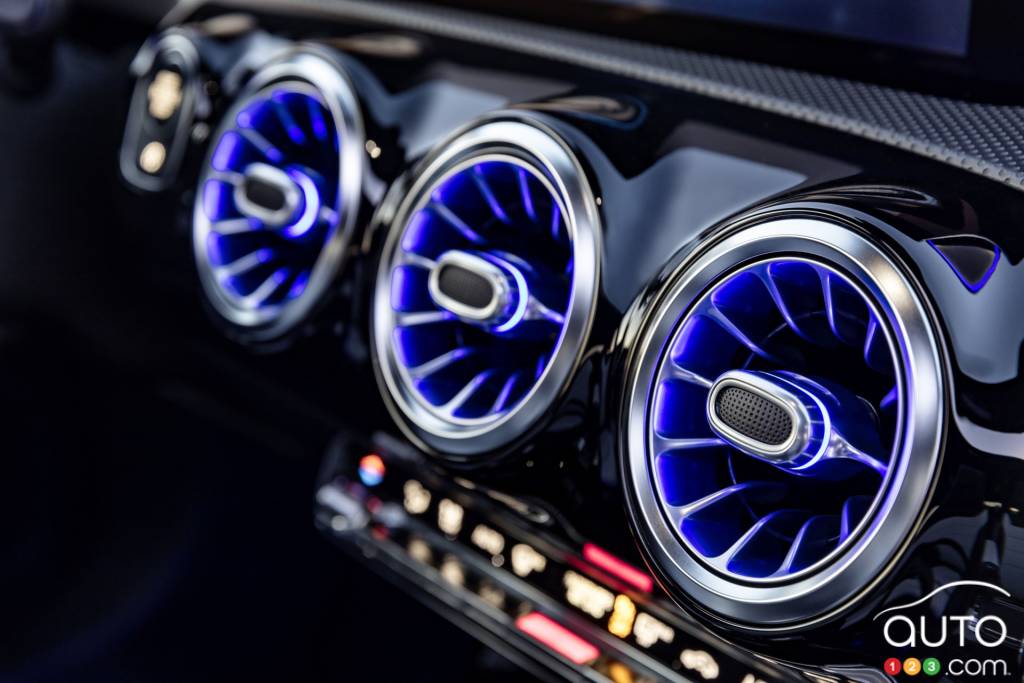 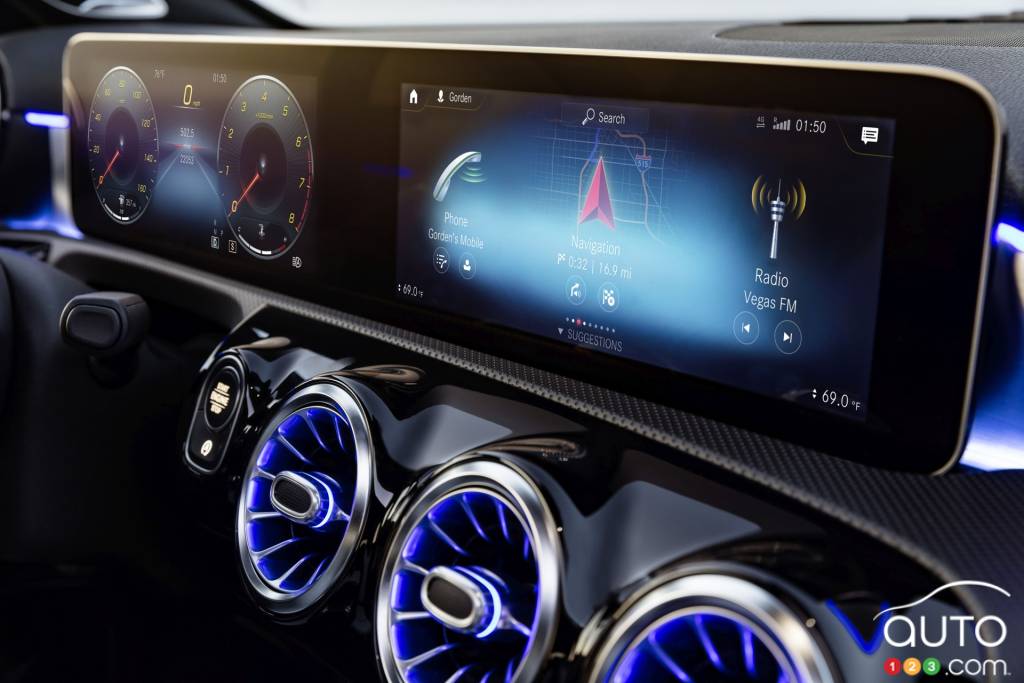 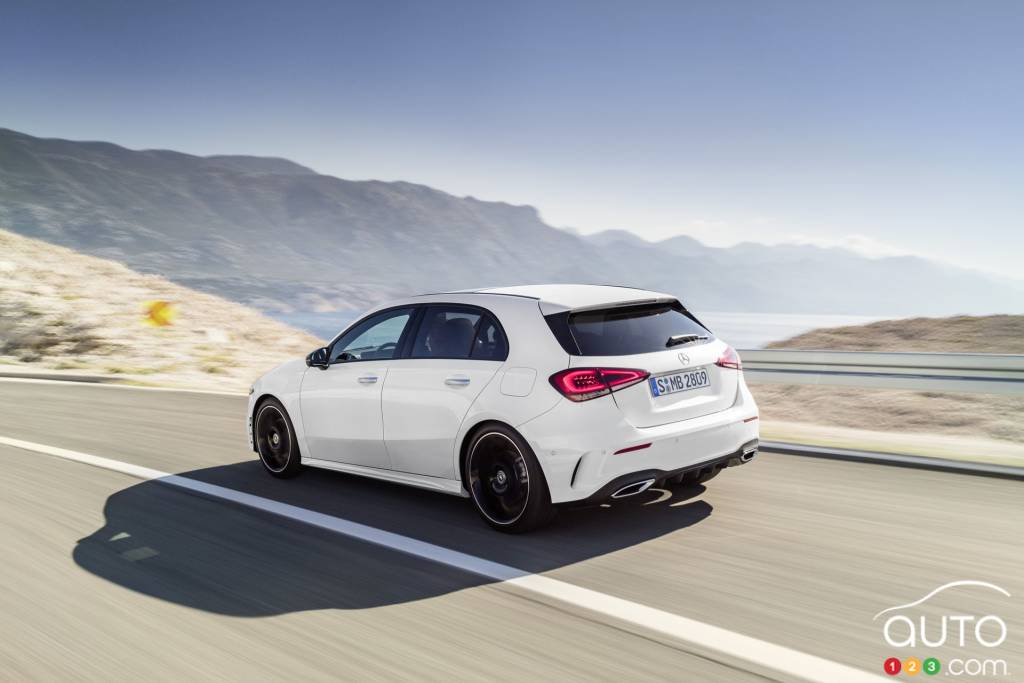