Mercedes-Benz has unveiled the latest addition to its range of EQ all-electric models. The new all-electric EQV minivan is essentially an updated, all-electric variant of the V-Class MPV, known here as the Metris.

The company already has two electric commercial vehicles – the V-Class-based eVito and the eSprinter – but the EQV will the first electric minivan that will also be sold to individual consumers.

The lithium-ion battery powering the EQV is a 90-kWh unit that delivers a range of just over 400 km. Using a fast-charge system will allow for charging from 10% to 80% in 45 minutes. Power is transferred to the front wheels of the minivan via an electric motor, with announced output at 204 hp and 267 lb-ft of torque. Mercedes-Benz has not provided any data to do with acceleration, but it does give top speed at 99 mph, or 159.3 km/h.

Visually, the EQV stands apart from the Metris with its solid front grille devoid of an opening, though its look is fairly conventional. The model also gets different 18-inch wheels, and of course a charging port in the front.

Inside, it can be configured to accommodate either seven or eight occupants, and the model features a specially adapted version of the automaker multimedia system, so that users can see EV-specific data like current charge level, the flux between the motor and the vehicle’s various electrical components, etc. The EQV was first presented in concept form earlier this year. The production version will make its in-person debut at the Frankfurt auto show in September.

For the moment, we don’t know if the Mercedes-Benz EQV will be sold in North America; more on that is sure to be revealed in Frankfurt. 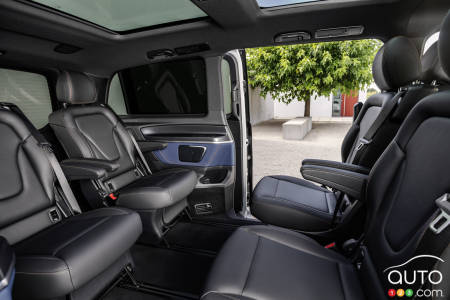 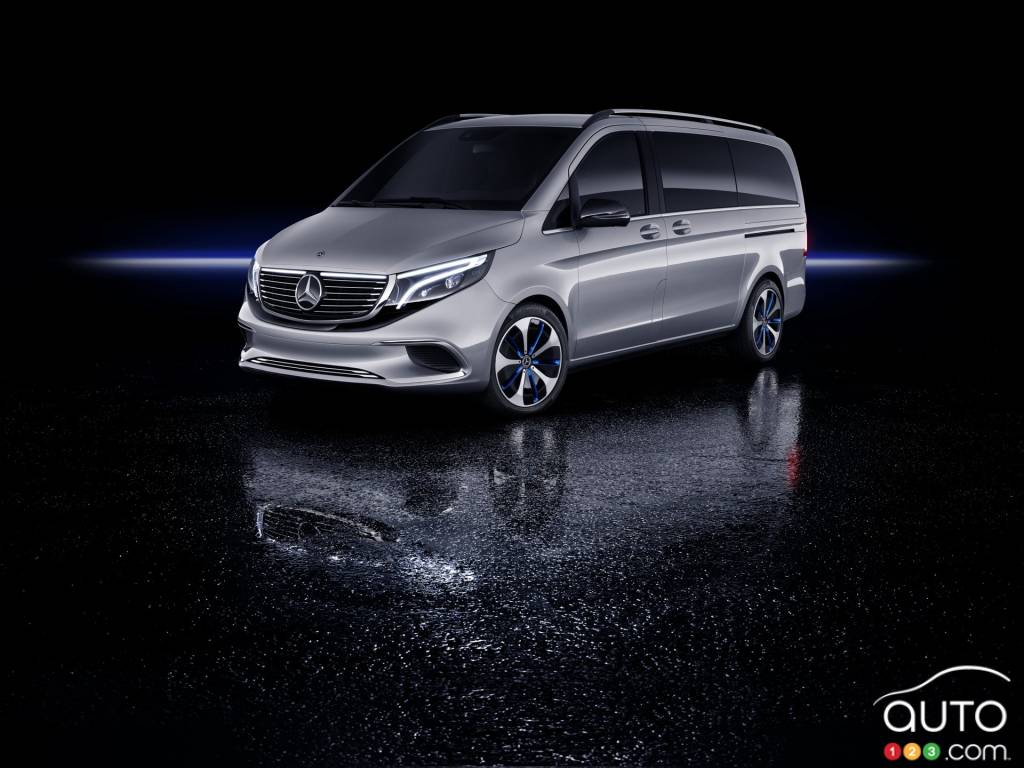 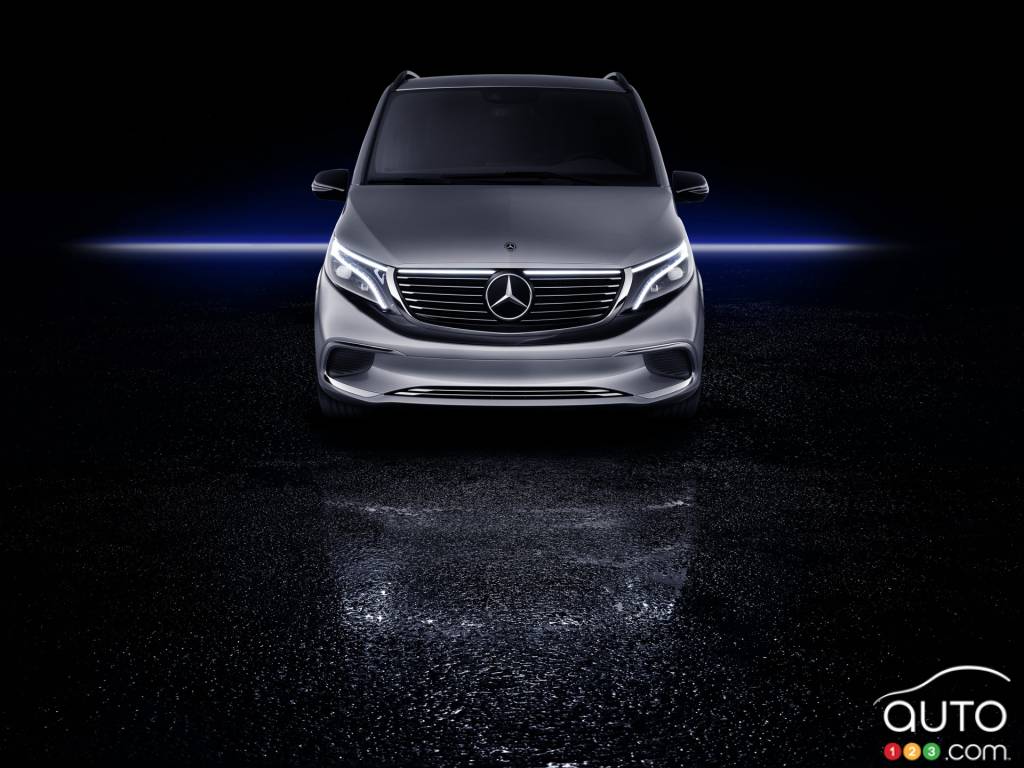 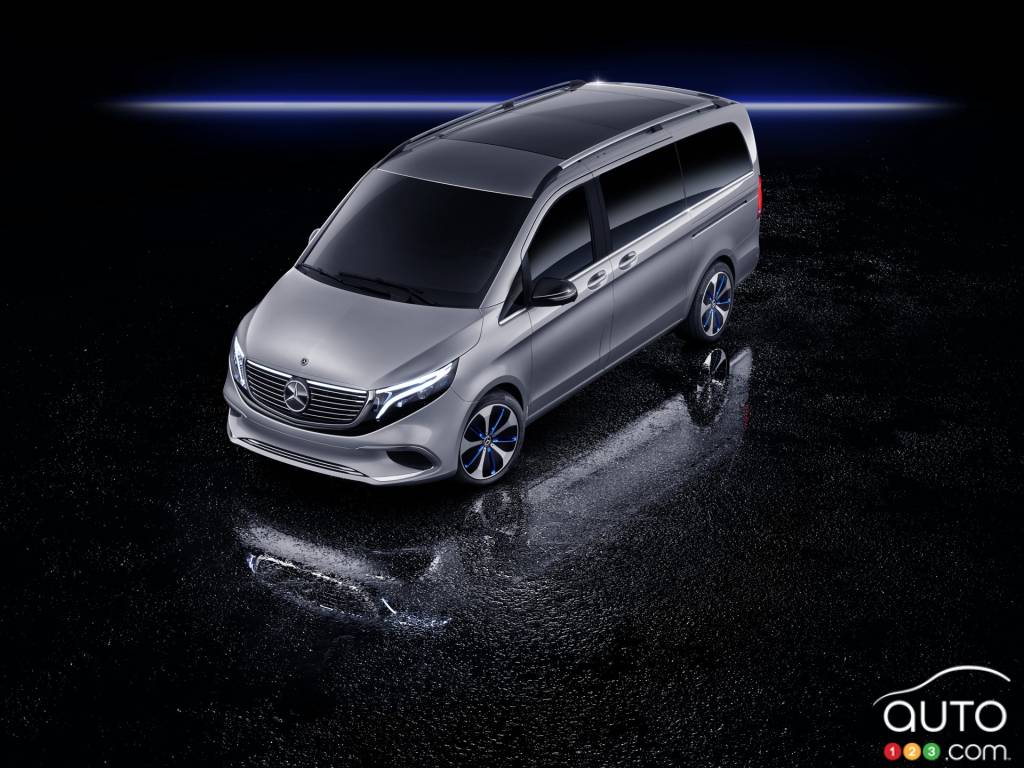 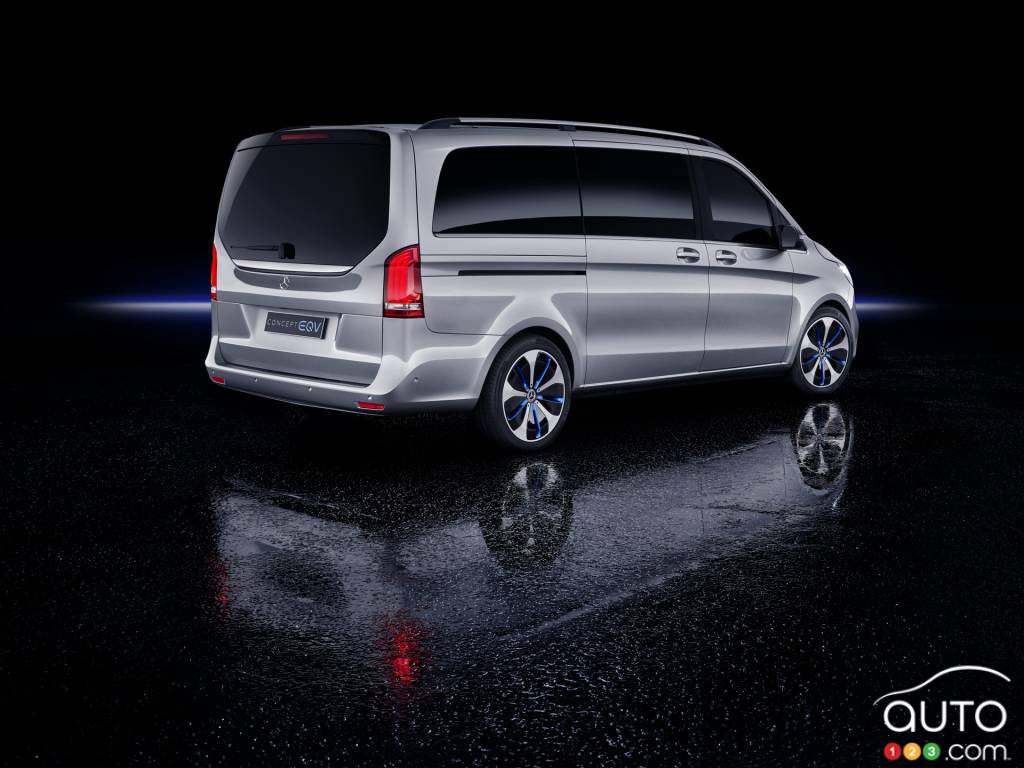 Rivian and Amazon Lift Veil on their Future Electric Deli...

Rivian and Amazon have partially lifted the veil on the electric delivery van the former is working on for the latter. You’ll recall that last year Amazon pl...