Just as the popularity of SUVs continues to grow, demand for coupes is heading the other way. Mercedes-Benz has come up with an original solution to keep at least some two-door models on its roster.

The automaker told U.S. dealers recently that the two-door versions of the C-Class and E-Class will be dropped from the catalog, and the CLE will arrive to take their place, according to Automotive News.

With no new S-Class coupe on the horizon, Mercedes will be left with a streamlined lineup of coupes and convertibles, all to synchronize its offering more closely with consumer demand.

“There's just not enough demand for three coupe models,” one dealer told Automotive News at a national dealer meeting last month. “So, it didn't make sense to reinvest the billions of dollars it would take to do a refreshed version of any of those.” 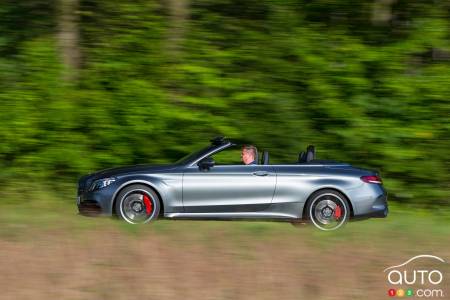 The CLE is expected to make its official debut later this year and go on sale in the first half of 2023. Expect an offering dominated by turbocharged 4-cylinder engines, whether or not the model carries the AMG letters. Dealers consulted acknowledge the new model probably won’t sell in large volumes, as buyers' interest lies elsewhere.

One dealer told Automotive News, “Utility vehicles are appealing to a wider market as younger buyers appreciate the ability to throw their gear in the back, and older buyers like the ease of getting in and out of the vehicle.”

The first CLE will offer similar proportions to the C-Class and be offered in convertible form. A hard-top coupe version could follow, but nothing is official at this point. Production is expected to begin before the end of the year at the company's plant in Bremen, Germany.

We can expect some initial success with the model, but beyond that its prospects are uncertain. Still, the strategy makes quite a bit of sense, as it makes better use of resources, and considering the reduced demand, the proposal of a single model could ensure some success.

After all, even if there are fewer of them, there will always be some folks interested in driving a convertible. Two-seaters too mini for MINI?

While the idea of a two-seater MINI seemed like a great one, it seems BMW doesn’t think so anymore. According to representatives at BMW Group Canada, as of s...

Porsche Cayman GTS and Boxster GTS: The Committee goes to...

A few days ago, Porsche released a video in which members of ''The Committee'' are called for an emergency meeting.