After turning heads in Tokyo with two spectacular concept models, one of which is the likely precursor to the next Mazda3, Mazda will be unveiling a fully “re-engineered and refined” Mazda6 sedan in a world premiere at the 2017 Los Angeles Auto Show at the end of November.

The latest changes constitute the third set of upgrades made to the model since it was completely revamped in 2012. The automaker is promising more-sophisticated features, new engineering concepts and cutting-edge technologies designed to optimize comfort and the everyday driving experience.

The 2.5L SKYACTIV-G gasoline engine will be fitted with a cylinder deactivation system for improved fuel efficiency. The new Mazda6 will also be offered with the 2.5L SKYACTIV-G turbo engine with direct injection that currently powers the company’s CX-9 midsize crossover.

In terms of its design, the Mazda6 was rejigged by its engineers to upgrade the overall level of quality in the cabin and outside, notably by using Japanese Sen wood (often used to make Japanese furniture and traditional Japanese instruments). Safety improvements are also on tap: the car will feature the vast range of i-ACTIVSENSE technologies.

Don’t miss our coverage of the 2017 Los Angeles Auto Show to learn more about the new Mazda6 and other Mazda news. 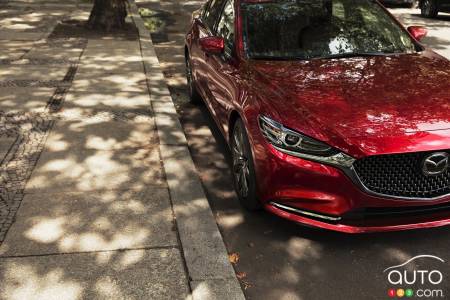 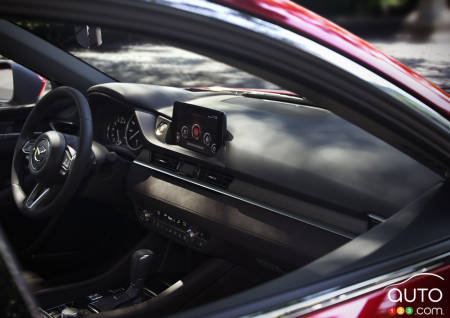