Porsche this week shared images of an interior envisioned by its designers showing a future self-driving vehicle. Amusingly, the vehicular shell that envelops the imagined cabin design isn't that of an identifiable Porsche car or even SUV. Rather, this living-room style environment sits inside… a van!

Called the Porsche Renndienst Study, this design is one that the automaker has kept secret until now, as we recently learned from the book “Porsche Unseen”.

With sliding doors at the front and rear, the van can accommodate up to six occupants. The last two rows have two and three seats, respectively, while the driver gets a centre seat that can rotate 180 degrees. When the vehicle is in autonomous mode, the driver can turn around to chat with the other occupants. 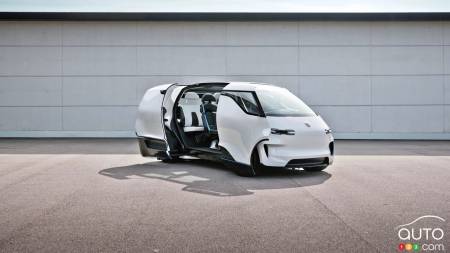 The second row has bucket seats, the third gets a bench seat, and it has headrests designed to provide an unobstructed view through the rear window. A glass roof makes for excellent lighting in each row. Tapered side windows mean that only the driver has an unobstructed view of the sides. Instead of windows, passengers have individual display screens with haptic controls. 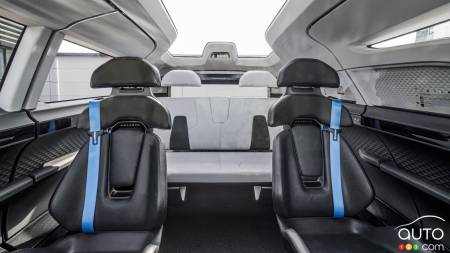 In front, the driver has a traditional-looking instrument cluster with four round dials, but it's flanked by two large screens. The haptic controls replace all the traditional controls and switches we're used to. 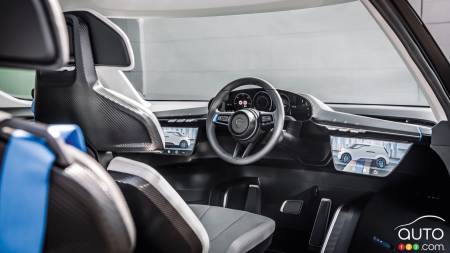 It's a pretty interesting vision, but of course we're talking about a study, an idea among others and not yet connected to any real vehicle. So don't expect Porsche to announce the arrival of a minivan on the market any time soon.

As for the autonomous drive aspect, we'll see first how far the technology can go and second, and perhaps most important, how much public acceptance there will be. No matter how many studies and tests are carried out, it’s not realistic to expect that folks will entrust control of the machine they’re being transported in to computers and systems any time soon. 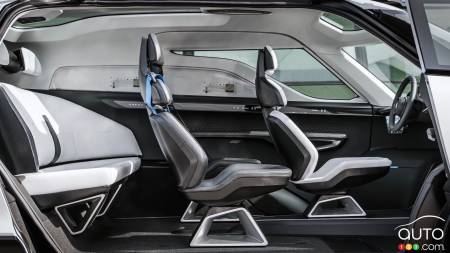 Lincoln has unveiled the Model L100 concept, a design study that foreshadows the future of self-driving vehicles as it sees it. The sleek prototype is one of...

The design department at General Motors, perhaps with some time to kill, had fun dreaming up a vehicle interior conceived for and around video games, and the...

French designer Anthony Colard has completed work on a Porsche concept he named ''921 Vision,'' sort of a modern interpretation of the Porsche 928 with its l...