For over two years now, rumours have been circulating about the MR2's possible return to the Toyota lineup. For a time, that speculation strode hand-in-hand with the one predicting the return of the Supra. Which meant there was reason to take the rumours seriously.

Those revving with impatience at the return of the MR2 will have to let up, however.
Matt Harrison, VP of Sales for Toyota Europe, told Autocar website that a new MR2 is not "a priority" for the company at this time. Instead, the company is focusing on designing the next generation of the 86.

Tetsuya Tada, chief engineer of the Toyota Supra, wants Toyota to have three models dedicated to performance. The Supra would sit at the top of the hierarchy; below it would be, possibly, a new MR2, as well as a new Celica.

If and when it does come to pass, the new MR2 will likely be the product of a partnership with another car manufacturer. Rumours have already pointed to a collaboration with Subaru, or even Porsche, to produce the design of the vehicle. There has even been speculation that the manufacturer is considering making it an all-electric model. 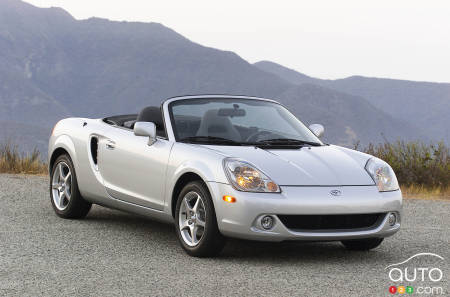 Subaru and Toyota are currently working on the next generation BRZ and 86. Tetsuya Tada is devoting a lot of time to it and has already stated that the team's goal is to create a rear-wheel drive coupe that's even more fun to drive than the new Supra. The models will use the 2.4L, 4-cylinder, flat-cylinder turbocharged engine found in the Ascent SUV as well as in Subaru's Legacy and Outback models. The engine produces a minimum of 260 hp.

Rumours continue to circulate about the platform those new versions will use. Subaru's BRZ may not be able to accommodate a rear-wheel drive configuration. However, Toyota's TGNA (Toyota New Global Architecture) platform can work with such a configuration. It will be a few more years before the next generation of these models sees the light of day, however.

Once that happens, the MR2 might once again become a priority.

Toyota recently filed to trademark the Grand Highlander name. Protecting a name doesn’t guarantee a new vehicle bearing the name will result, of course, but ...