The world has reached a tipping point of sorts when it comes to buyers’ intentions regarding EVs. A new study conducted by Ernst & Young reveals that worldwide, a slim majority of consumers say they plan on buying an electric vehicle for their next purchase or lease.

Specifically, 52 percent of respondents (currently planning on buying a vehicle) say their time with a gas-engine vehicle is coming to an end, as shown by the latest Ernst & Young Mobility Consumer Index. The study surveyed people in 18 countries.

Canada: 46 percent say they’re ready
The highest percentages are found among buyers in Italy (73 percent), China (63 percent) and South Korea (63 percent). At the other extreme sit the United States, in which only 29 percent of buyers say they’ll go electric next time out, and Australia (38 percent). In Canada, the figure stands at 46 percent. 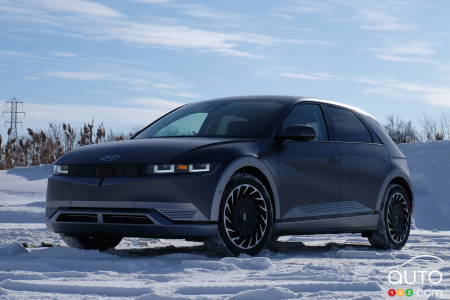 Perhaps the most remarkable data point to come out of the survey is the significant 22-percent increase in the number of respondents green-lighting an EV compared to just two years ago. And those respondents ready to take the leap are, by and large, doing it eyes open: 88 percent of respondents are ready to pay more upfront for an EV; a third of those say they’re willing to pay up to a 20-percent premium to avoid using gas in their vehicle going forward.

This study is in line with several other indicators that increasingly appear to show 2022 to be a turning point in the transition to electric mobility, here in Canada like in many other places. As we wrote earlier today in the latest segment of our long-term review of the Kia Niro EV, dealerships in Quebec, which is leading the electrification charge, are reporting that between 40 and 80 percent of the new-vehicle orders they’re receiving are for EVs.

And of course, virtually all automakers not named Tesla are currently facing big challenges producing enough of their new EVs to meet burgeoning demand. Stories of two-year waits for a new all-electric model are common. Certainly, the shortages of batteries and chips and other supply problems that manufacturers are experiencing right now are contributing to the delays, but if demand was not increasing, we wouldn’t be talking about two-year waits. 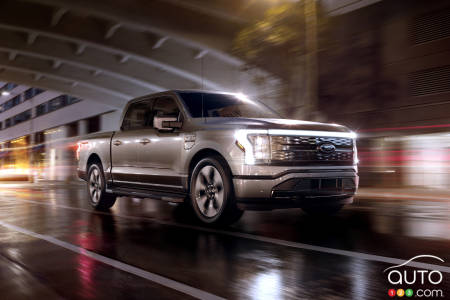 The Kia Niro EV and Tesla Model 3 led their respective categories in an owner-satisfaction survey carried out by J.D. Power. The study focused exclusively on...