The movement of consumers to  small utility vehicles—not just compacts but subcompacts, as well—is a phenomenon already absorbed by mass-market manufacturers, but it has not been lost on makers of luxury cars and SUVs either. Growth in these segments has been driven by an appreciation for the greater versatility they offer compared to sedans, while being affordable and reasonably well-equipped.

In response to this phenomenon, Auto123.com created two new categories for the 2017 edition of its year-end awards. In the luxury subcompact category, the Infiniti QX30 took home the inaugural top prize.

Here then is a Top 10 for you of luxury subcompact SUVs, which should provide a handy overview of this exploding market segment.

Infiniti QX30: Worth the wait

Launched a bit belatedly in comparison with its competitors, the all-new 2017 Infiniti QX30 came into being well-tooled and benefiting from a personality all its own. Though some viewed it as basically a Mercedes-Benz GLA in disguise, that is not the case, especially when you consider its distinctive styling, strong performance and undeniable utility in a heavily fought-over segment.

For more information, check out our first impressions of the 2017 Infiniti QX30. 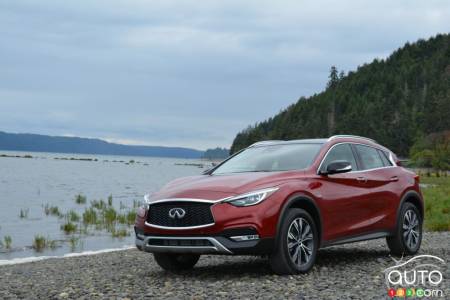 Like all segments of the SUV market, the luxury compact SUV category has been growing in leaps and bounds in recent years.