A report by Japanese outlet Spyder7, and picked up on by Australian website Drive, has Toyota working on an all-electric variant of its quirky small SUV. The future electric C-HR would be built on the existing TNGA GA-C platform, but be otherwise all-new, in other words not an adapted adjunct to the C-HR we know.

A C-HR with AWD
That BEV will be preceded, again as reported by Spyder 7, by a revised “regular” C-HR coming next year as well. It will feature a 2.0L 4-cylinder engine with a light-hybrid system supporting it, and available all-wheel drive.

Note that an electric C-HR has been offered exclusively in China since 2020. That version features a single electric motor powered by 54.3-kWh battery pack for an output of 201 hp and 221 lb-ft of torque. Range, according to the European testing cycle, is given as 400 km.

There’s speculation that Toyota might bring a future global all-electric C-HR under the bZ banner, which is its new all-electric brand and which for now has only the bZ4X crossover sitting under its flag. That could mean a name change, but for now we’re in the realm of pure speculation. 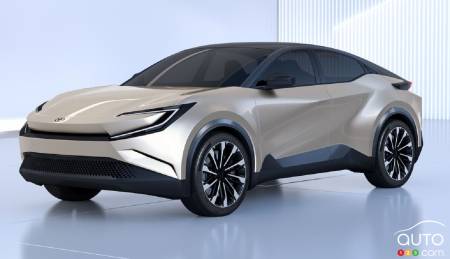 That said, recall that Toyota presented a bunch of EV concepts last December, and two of them were the bZ Compact SUV (now dubbed the bZ3X), and the even smaller bZ Small SU EV (now the bZ2X), and both are candidates to become the successor to the current C-HR.

Toyota has confirmed nothing of this, and that also means that we have no idea what markets a future bZ-ified all-electric C-HR would be offered in. The automaker has said it plans to introduce 30 new EVs by 2030, so it has to get moving on that and an electric C-HR, which would sit under the bZ4X in its lineup, might be a natural choice.

See also: Toyota Will Invest $70 Billion in Plan to Electrify its Lineup 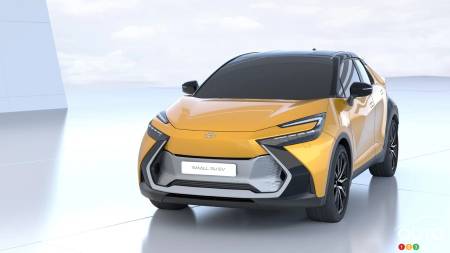 A GR version for the Toyota bZ4X?

Speculation has Toyota working on a performance version of its bZ4X SUV under the GR (Gazoo Racing) banner dedicated to racing and automotive performance, wi...

Toyota has shared more images of its Compact Cruiser EV concept. These confirm what we were saying when the model was unveiled last December: this looks grea...